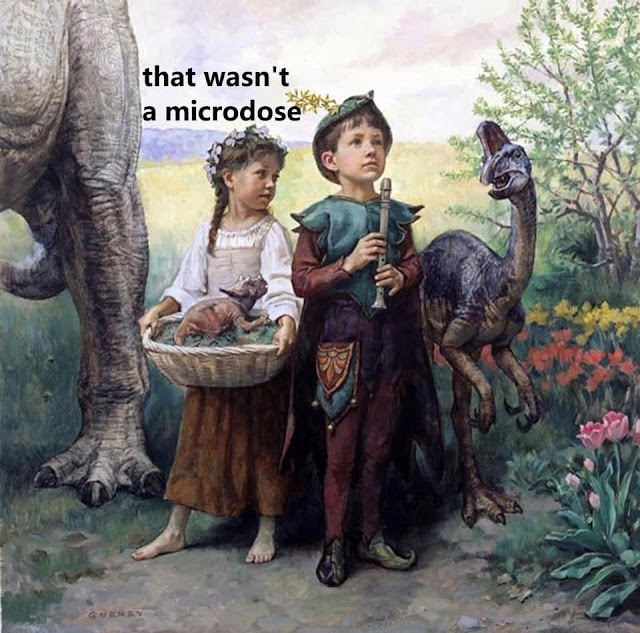 Shawn sent this over.

For those of you that don't know, microdosing is taking a very small amount of a psychedelic substance, usually psilocybin mushrooms these days.

It is said to help with headaches and to give small cognitive boosts or illuminations but not be mind blowing or debilitating. It might be referred to as chipping but maybe not, not really up on such things.

It has become popular among tech people in Silicon Valley the last several years. Of course for people extremely sensitive to the effects of such substances, a little can go a very long way. Like to the moon. Or so I am told.

I saw Nancy Javier at Harry's today with her friends Helen and another Nancy. They gave me this sheet on a book signing and read they are promoting in January. 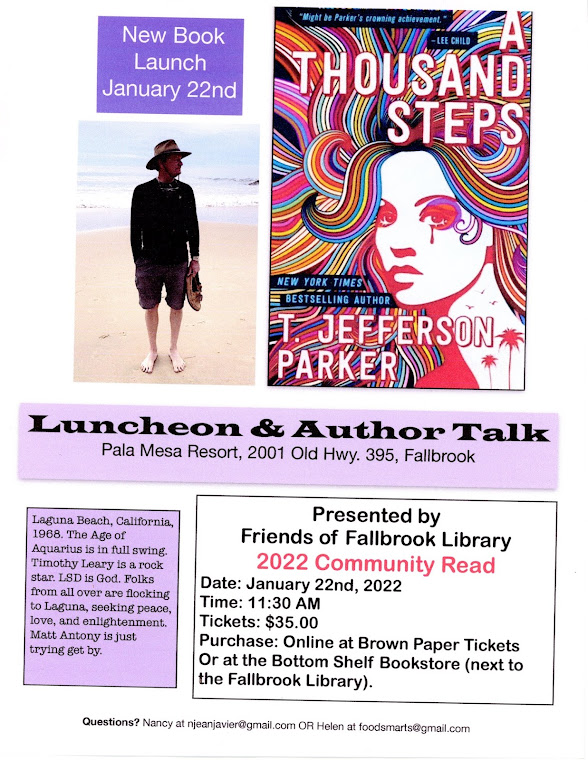 Fallbrookian and big time author T. Jefferson Parker has written a book on Laguna Beach, 1968 and the Southern California acid revolution called A Thousand Steps.
I have never been able to read him, not my taste, but I know other people love him.
I have met him and he seems to be a very nice guy.
I just don't particularly enjoy his style or genre.
I wonder why the girl on the Milton Glaser style cover is crying? Hope it's not a Diane Linkletter sort of tearjerker because it was rarely like that, at least from my experience and perspective.
I know Matt Antony is merely trying to get by but if he did not actually partake of the lysergic sacrament it will be something like a shaker teaching a sex education class.
Still I do find it a little funny and ironic to listen to a guy read fiction about the acid revolution when one of the guys that was a pivotal member of the Brotherhood of Eternal Love actually lives here in Fallbrook, Ronnie Bevan. 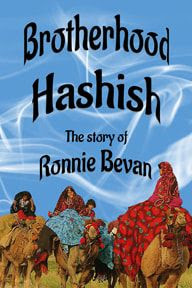 And Ronnie has a book about what actually went down that is quite riveting, Brotherhood of Hashish. Some acid talk, lots of afghani primo!
Leslie was selling copies at her store, not sure if any are left but we are friends of Ronnie and it is nice to be able to get the tab from the horse's mouth and not doled out as historical fiction.
And Travis Ashbrook, another founder, is I believe, just up the street in Temecula. 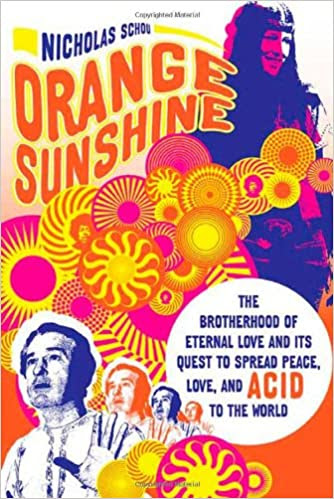 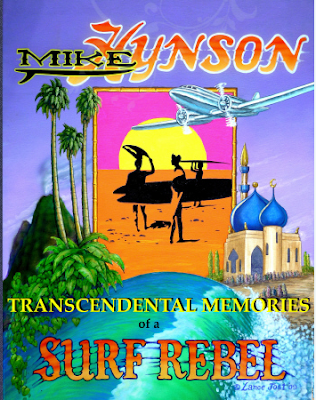 Or you could read Mike Hynson's book Surf Rebel, with cover illustration by my old friend Lance Jost.
Or just check out the movie Orange Sunshine, which is a little boring but gives a good run down on Modjeska and Laguna Canyons as well as Mystic Arts and the place up in Idyllwild I happened to live next door to way back when.
For a great tome on the subject of acid, still hard to beat Bruce Shlain's Acid Dreams :The Complete Social History of LSD: The CIA, the Sixties, and Beyond.

And a good old piece in the Orange County Weekly back in 2005 on the subject, Lords of Acid by Nick Schou.

I will try to read the Parker book. Having actually taken orange sunshine a time or two in my sordid youth, I have nothing if not an open mind.

Over 12,000 hits on the blog today, a lot of traffic from Sweden. Not sure what is up but hej, friends!

I got a nice note from Jerry yesterday: Sounds like you've cut through the mental fog you were struggling with. Your writing is crisp and your mind sharp again. Happy you had a good show.

I appreciate that Jerry and I think I am indeed functioning better. It took over a month to get the shop back together after New Mexico, almost have it functional this afternoon after two days. Making progress. Peace, friends.

I did psilocybin microdosing for a while. Next I’m going to do L microdosing. I always preferred that to shrooms

disco hits? easier on the tummy.

I wonder if folks who seem to be quite sensitive to psychedelics aren't getting a big dose erroneously. Last time I checked the makers of such things didn't worry so much about heavy duty quality control systems.

Au contraire. From what I have seen, at least in the world of psychedelics, people are exceedingly careful.

Robert,
Thanks for publicizing our upcoming event. We're so excited to have T. Jefferson Parker as our speaker for the launch of his new book. Hope some of your readers will want to attend. Tickets for the event will be available Nov. 1.
Nancy Javier

Thanks Robert for speaking out.

all I can say is cartoons!!