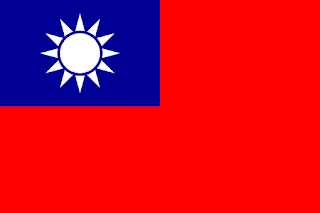 Communist Chinese President Xi Jinping says he seeks a peaceful reunification with Taiwan.
"Achieving unification through peaceful means is most in line with the overall interests of Chinese people, including Taiwan compatriots."

This is quite rich considering he has been breaching Taiwanese airspace with fighter jets for much of the last week. It is obvious that they are preparing to wipe them out, albeit as hygienically as possible.

China made all sorts of sweet promises about freedom and autonomy to the people of Hong Kong too and then proceeded to break them all, leaving them in the thralls of the mainland dictatorship.

If I was Taiwan I would buy one special nuclear weapon, you could call it the Masada or something like that and train it on Beijing. When China makes their move, the whole neighborhood meets mutually assured destruction.

Only thing that will possibly keep these lying bastards at bay.

In response to Xi’s speech, Taiwan’s presidential office underscored the territory’s sovereignty, saying that its future “rests in the hands of Taiwan’s people.” It added that Taiwan’s people had clearly chosen to reject China’s offer of unification under a “one country, two systems” arrangement similar to that used in Hong Kong, and instead supported “defending our democratic way of life.”

I hope that we here in America continue to stand with Taiwan and not buckle under to a country that is so savage with its own people and neighbors in places like Tibet and the Uighur regions. There are still principals and allies worth fighting for. The people of Formosa have no illusions about the integrity and true intentions of the enemy that they have long faced.

The many signals China is sending - Vox

Taiwan is a vibrant place with the best mix of freedom and shared commitment I’ve seen in Asia. It has great food and has overcome it’s authoritarian past. Politically and strategically it deserves our support. I do believe that China will incrementally chew up Asia if no lines are drawn and if we let Taiwan go under the next chapter in China’s Imperialist goals will involve large land armies.

I personally would not support the US going to war to keep Taiwan out of China. It's up to the people of Taiwan to make what they can of the fact that the Cold War is finally over, cut the best deal for themselves with the mainland. China is clearly threatening to make it a shooting war, so now reality says the best deal that can be made without guns is what will happen. I hope we can help in a constructive way: that is, for god's sake don't send troops.

I'm the kind of guy who doesn't like to make a deal with somebody pointing a gun at my head.