Jon Harwood stopped by today and we were talking about cognitive behavioral therapy. John spent his career in the mental health field. Somehow our conversation touched on our old mutual friend, photographer Louis Nidorf, who was also a long time therapist.

I was saddened to hear Jon tell me that Lou had passed away, possibly as recently as last week. Lou was a founding member of our Fallbrook Shutters photo group. He also had a number of solo shows in the area.

Lou's work knocked me out, very cutting edge, I bought a piece before I had ever met or heard of him. Who was this guy?

Later, I had my first digital photo exhibition with Lou, a two person show and several other group shows. He was a digital pioneer and we tried to push the experimental envelope as far as we could in our first show.

What people might forget was that when Lou and I started out in this medium the available tools were very few and far between and they were very crude. So we had to create our own ways of doing things. Lou did this instinctively and without hesitation.

Lou liked to test the boundaries of sexuality and to incorporate type into his work. He had no interest whatsoever in the mundane or the tried or true. He was constantly aiming for the edges, the new frontier. 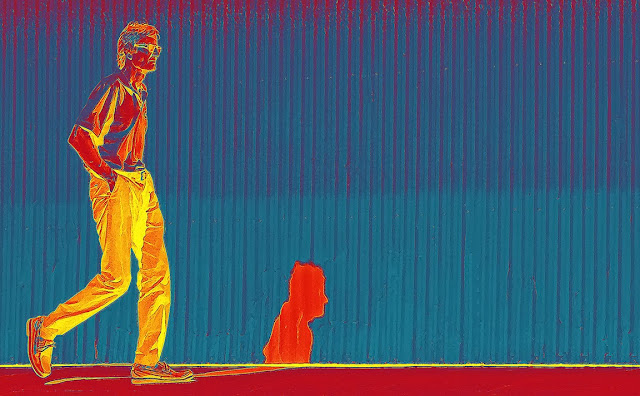 He was also a well known monumental sculptor, a true renaissance man.

A man with an easy laugh and a wry wit, I will really miss the guy.

He had a very good eye… and a unique perspective…always complimented me on my work…. RIP Louis!

That's sad. I enjoyed seeing his work, especially those where he glorified the women in the shots.

So sad to hear this. I hadn’t heard of this man until your story, sounds like a really great guy.