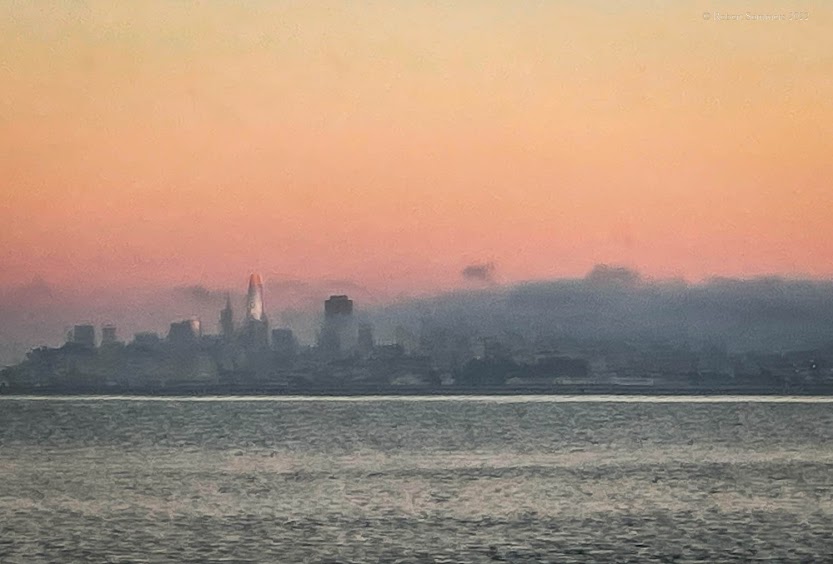 I had a whirlwind trip up to Sonoma and back. Three days. Bought and sold a couple nice paintings, purchased a wonderful Native American basket. Saw a bunch of friends, Renee, Big Dave, Rick, Anne, Warmboe and Michael. Stayed in Sebastopol the first night, woke up to Stellar's jays and orioles, mobs of band tailed pigeons. I watched a violet green swallow feed its young. 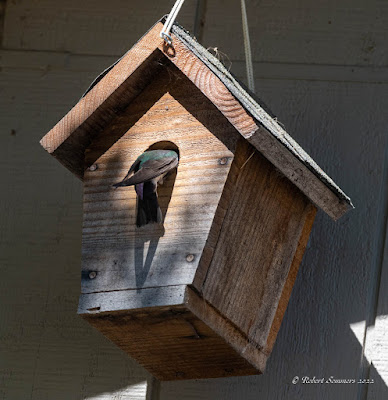 Second night I stayed in Sausalito, at Renee's. I had brought a large painting of hers up to her northern home in my van. I wouldn't have much of a problem living in Sonoma, although they are having a real drought crisis there.

Sausalito would be harder for me. Beautiful, incredible views but I don't think I could handle that level of compression living on a side of a hill with all those humans. I have lived on the edge of nowhere for too long. 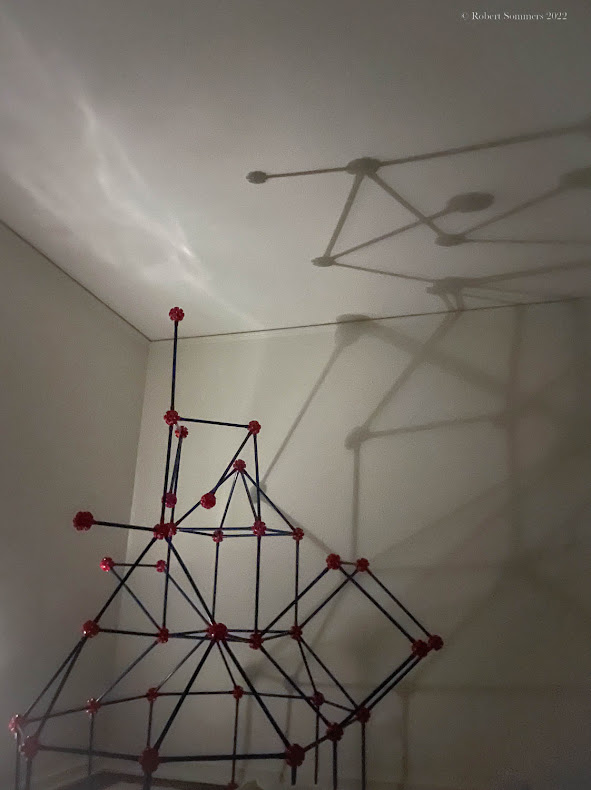 I was bunking in her granddaughter's room.

There was an erector type set in the room and it was shaped into a perfectly good structure.

I took care of that.

I asked her if I could play, used every available part and sort of went off before bed.

About seven foot tall. A bit out of the box. Might have stretched a few rules of physics.

Interesting shadow play in the darkness of night.

I sent a picture to Shawn in Thailand that night and got this message back:

A; An acid-tripper's attempt at a geodesic dome...a shadow-artist's positive structure with the light source misplaced...or a bio-researcher's model of the chemical structure of a new class of psychedelics???
S.
I gave him the straight scoop. Just me being a kid, no strange chemicals were involved in this particular project. Hope to buy another set and fill the room one day. Have some further plans for this creation of mine.
Reneé made an incredible baked chicken with morels velouté for dinner that night. Lots of butter and cream. Fig tart with caramelized onions that was out of this world and I hate onions.
Drove home all day yesterday. 109° in Avenal. Got sick on a rancid hash brown from Jack in the Box in Lost Hills. Lots of accidents through Los Angeles but Maps routed me through the path of least resistance.
Happy to be home. Ankle and knee hurt from all the driving.
Posted by Blue Heron at 5:35 PM