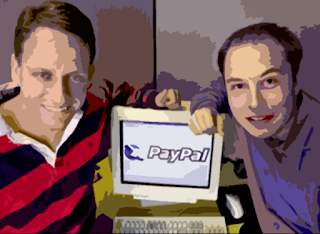 When Elon Musk signaled his intentions to buy Twitter, I shuddered. Hard to imagine a man like that with his finger on the informational scales. I have never liked nor trusted the guy.

It started when he called the guy that went in to save the Thai children in the Tham Luong cave a pedophile with no basis in fact.

He spread a lot of Covid misinformation. From Wikipedia:

Musk was criticized for his public comments and conduct related to the COVID-19 pandemic. He spread misinformation about the virus, including promoting a widely discredited paper on the benefits of chloroquine and arguing that death statistics were inflated.

In March 2020, Musk stated, "The coronavirus panic is dumb."[In an email to Tesla employees, Musk referred to COVID-19 as a "specific form of the common cold" and predicted that confirmed COVID-19 cases would not exceed 0.1% of the US population.On March 19, 2020, Musk predicted that there would be "probably close to zero new cases in [the US] by end of April". Politico labeled this statement one of "the most audacious, confident and spectacularly incorrect prognostications [of 2020]".Musk also claimed incorrectly that children "are essentially immune" to COVID-19. Musk repeatedly criticized COVID-19 lockdowns. He refused to close the Tesla Fremont factory in March 2020, defying the local shelter-in-place order. In May 2020, he reopened the Tesla factory, defying the local stay-at-home order, and warned workers that they would be unpaid and their pandemic unemployment benefits might be jeopardized if they did not report to work.

In September 2020, Musk stated that he would not get the COVID-19 vaccine for the reason that he was "not at risk for COVID, nor are my kids". In November 2020, Musk contracted COVID-19 and suggested his COVID-19 rapid antigen test results were dubious. However, in December 2021, Musk announced that he and his eligible children received the vaccine.

I don't particularly like the way he treats his employees. Also see Tesla pushing employees to the brink.

Musk counters that he slept in the factory too. What's the big deal? This is Upton Sinclair sort of stuff. The company left hundreds of worker injuries out of its state workplace reports.

Musk has intimated that he may be bi-polar. His behavior seems textbook bipolar. Nothing criminal about that certainly, I feel for him. But having lived with bi-polar family members I feel for those around him. Much of his utterances sound irrational and honestly quite Trumpian. Once ideologically neutral and basically transactional in nature, he suddenly becomes a Republican and wants to buy a media information platform. Oh jeez.

And has announced that he will put the Orange One back on Twitter to spread more of his lies and misinformation. Just what we need.

Of course, next to Peter Thiel, Musk looks damn good. These guys were once known as part of the PayPal mafia when they worked early on at the start up. Before Musk got the hair plugs.

The Palantir mogul, a gay German American, is backing the most loathsome far right candidates imaginable in America today.

The author Vance went from a never Trumper to a conspiratorialist spreading lies like Biden was purposefully flooding Ohio with illegal drugs.

Thiel is a very dangerous if not evil man. Musk is just erratic and nuts. God help us survive either or both of them.