A plague of gophers and rabbits, save the apex predators 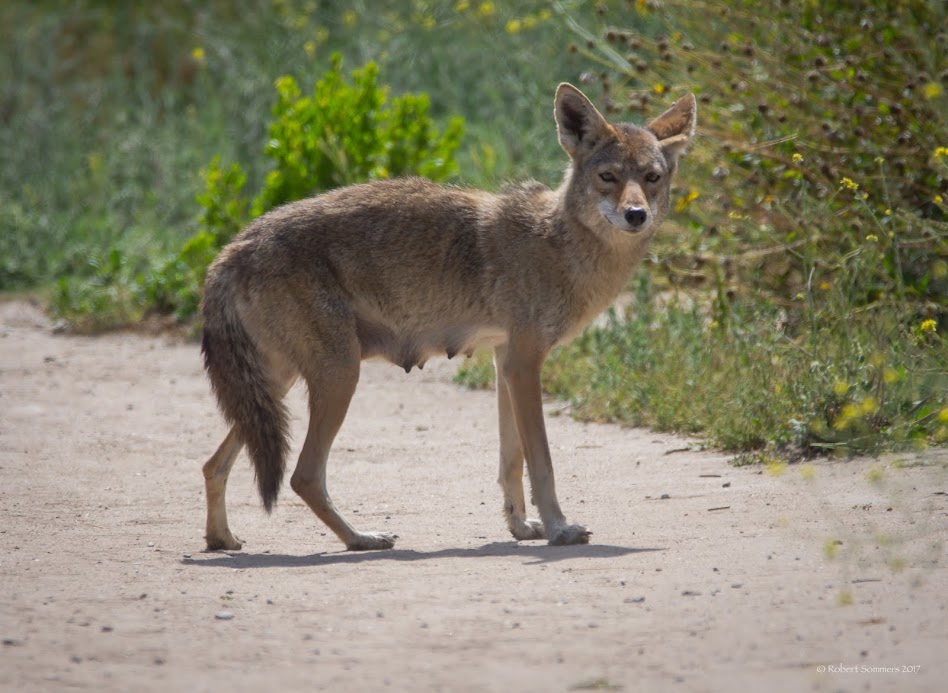 I saw something the other day about a man who shot 70 coyotes because he could. I can't find the article now but I did find one who shot 65 so I am getting closer. My late friend Tony liked to shoot them in his back yard up on Riverview. I find it disgusting, personally. Never enjoyed killing for sport.

I did a search and there are a whole bunch of people who seem to get their jollies killing coyotes. Big death count competition, apparently. Night vision scopes are very popular in the effort. 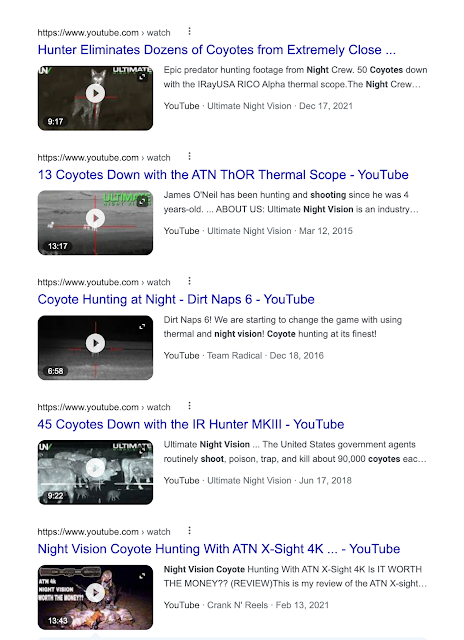 All I can think is that taking 70 coyotes out of a local ecosystem is bound to have some weird effects.

And I hope that with the coyotes gone, these same hunters and ranchers are quickly inundated with hordes of hungry gophers and rabbits who will soon eat them out of house and home.

You know, the populations that the coyotes help regulate?

Although these shooting types are the same ones who like to throw poison around so liberally.

Maybe a broken leg due to a fall in a gopher hole will be sufficient? 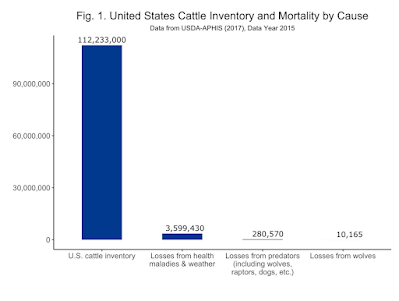 I was reading about wolves the other day. It turns out that wolves don't really kill that many domestic animals and ranchers are usually quickly compensated.

But dead cows are not the problem. It turns out that having wolves in the eco system stresses out the cows and gives them a form of PTSD.

Agitated cows are stressed and they lose weight. And this stresses livestock managers because they make less money. And we can't have that.

The Montana study found that on ranches where wolf predation had occurred, surviving calves lost an average of 22 pounds. Based on the sales of 250 light calves, at a rate of $1.15 per pound, that adds up to a loss of $6,679, or 7 times the typical reimbursement rate of $900 for a calf killed by a wolf, study authors said.

Much of the nation's cattle is grazed on federal public lands, which we all own. Ranchers pay little, if anything, for this privilege and cattle grazing creates a multitude of deleterious environmental effects. If the cost of having apex predators in the ecosystem is skinny, neurotic cows and more expensive beef, honestly I am willing to live with it.

The ecological costs of livestock grazing exceed that of any other western land use. In the arid West, grazing is the most widespread cause of species endangerment, irreparably harming the ecosystems they depend on.

Despite these costs, livestock grazing continues on state and federal lands across the West. It’s promoted, protected and subsidized by federal agencies on about 270 million public acres in the 11 western states.

I am sick of subsidizing ranchers and a cattle industry who think they are entitled to do whatever they want to on public land. They killed a lot of bison for a brucellosis disease that has been documented to have never had one single transmission to cattle.

The federal livestock grazing program is heavily subsidized, getting more than $100 million annually in direct subsidies — and possibly three times that in indirect subsidies. The western livestock industry would evaporate as suddenly as fur trapping if it had to pay market rates for services it gets from the federal government.

In 2015 the Center commissioned resource economists to study the economic costs of livestock grazing on public lands. We found that the federal lands grazing program generated $125 million less than what the federal government spent on the program in 2014. Further, we found that federal grazing fees are 93 percent less than fees charged for non-irrigated western private grazing land, or just $1.69 per animal per month for each cow and calf that grazes the public land. (It costs more to feed a house cat.)

Despite the extreme damage done by grazing, western federal rangelands account for less than 3 percent of all forage fed to livestock in the United States. In fact, beef prices wouldn’t be affected if all livestock were removed from public lands in the West.

Another article on the subject of freeloading rich cattleman communists sucking on the public tit and despoiling the environment. Oldest game in town, privatize the profit and socialize the debt.
I know few things scream patriotism in our country as loud as beef but do it on your own dime and preferably on your own land.
Send your stressed out cattle to a shrink if you have to, leave the poor wolves alone. At the worst, America can switch to tofu and turkey burgers. 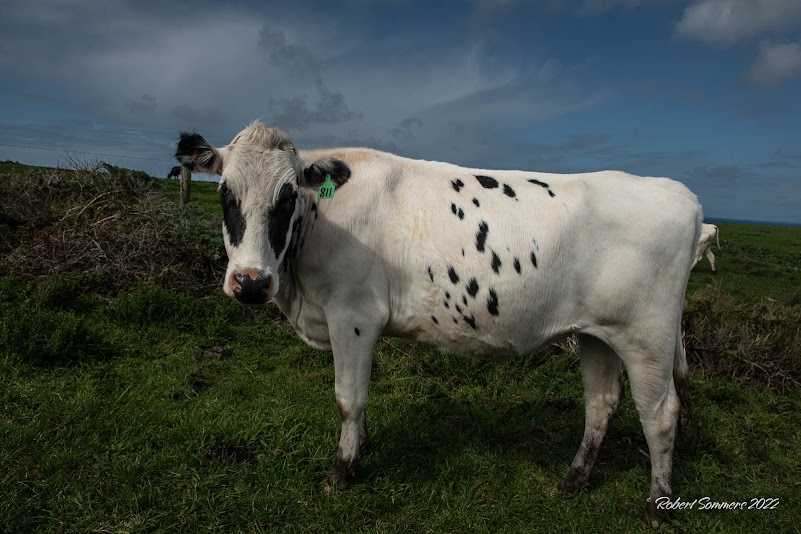 Frankly, if most humans die in some massive eco disaster or raging virus, we will have deserved it. I'm willing to be one of those who die, since I'm older now.

Thanks for the research, Rob!

you forgot snakes, coyotes love them, I hate them also hate rats,I think we can get along just fine let them do their job, but don't let the gov manage, because nothing screws up the ecosystem more than the fish and game!