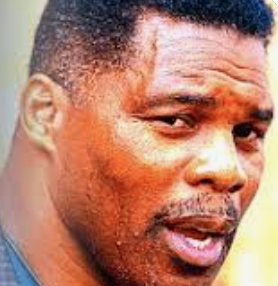 “My résumé against his résumé, I’ll put it up any time of the day.” Herchel Walker on Barack Obama
Scientists performed autopsies on the brains of 111 ex pro football players. All but one showed evidence of Chronic Traumatic Encephalopathy.

What is CTE? It is a degenerative brain disease that occurs after repeated trauma. Athletes diagnosed with the disease, often engage in incredibly aberrant and destructive behavior.

In CTE, a protein called tau misfolds and malfunctions, causes other proteins to misfold, and sets off a chain reaction where this malfunctioning tau slowly spreads throughout the brain, killing brain cells. CTE has been seen in people as young as 17, but symptoms do not generally begin appearing until years after the onset of head impacts.

It is near impossible to positively identify this condition in a living person. But people's behavior and actions offer a fairly good insight into their condition. Junior Seau was acting very strange before he died and he was found to be suffering from CTE. The head can apparently take only so many knocks.

I do not know if Herschel Walker is suffering from this condition but I would not be surprised if he did when you look at the numbers and percentages of former NFL players that do. But he has admitted that he suffers from another rare and extremely serious psychiatric condition, dissociative identity disorder. This was once known as multiple personality disorder.

...in his 2008 memoir, “Breaking Free,” he revealed that he had been diagnosed with dissociative identity disorder, formerly known as multiple personality disorder. He described his 12 “alters” — distinct identities that helped him cope with the trauma of being bullied as a child. He wrote of rage and “out-of-control behavior”; he played Russian roulette with a loaded gun.

Now, as he tries to steady a campaign that could determine control of the Senate, Mr. Walker often speaks of these events in religious, not medical, terms. He either denies the accusations or says he does not remember what happened. Still, he casts himself as a redemption story, saying he is a Christian “saved by grace.”

Herschel Walker has a history of violent behavior towards women, compulsive lying and irrational rage.

In a 2014 ESPN documentary. he said he thought that in high school he might join the Marines, because it would give him license to “shoot people.” Instead, he pursued a career in sports. Football became his “coping mechanism.”

But after he retired from the Dallas Cowboys in 1997, Mr. Walker wrote, his life spun out of control. He had an extramarital affair. He played Russian roulette, “risking my life with a gun at my head.” (The book does not recount an episode in which his ex-wife, Cindy DeAngelis Grossman, said he put a gun to her head and threatened to “blow my brains out.” Mr. Walker has not denied the allegation, but says he does not remember doing so.)

In 2001, Mr. Walker writes, things came to a head when he grew enraged at a car salesman who was late in making a delivery. He could feel “my jaw pulsing and my teeth grinding,” he wrote, as a voice prodded him to pull out his pistol and kill the man. Another voice countered: “No Herschel, that’s wrong. You can’t shoot a man down in cold blood over this.”

At that point, Mr. Walker sought help from Jerry Mungadze, a therapist who gave him a diagnosis of D.I.D. and arranged for him to be treated as an outpatient at Del Amo psychiatric hospital in Torrance, Calif., where doctors confirmed the diagnosis, Mr. Walker wrote.

You have to wonder how a guy like this is so close to becoming a Senator in our United States of America, especially after hearing him attempt to speak? But with his denial that racism still exists in the South, you could see why he is a favorite of the white electorate. And that might be just enough for him to get elected, god help us.

This guy should be in an institution, getting proper care, not in the hallowed chambers of the United States Senate.

Dissociative identity disorder is a significant condition but not so severe that it would preclude someone from being in the senate. Schizophrenia and other major mental illnesses are in a different ballpark as they are thoroughly disabling. Multiple personalities are controversial but probably exist. The "under the hood" processes are quite different. Dissociative disorders are widely found and the result of trauma. The subset of multiples is uncommon. The major mental illnesses may involve extremely complex and not that well understood biological factors as well as learning. The key difference is that therapy and learning can help quite a bit with dissociative disorders learning and therapy are only helpful on the margins with major mental illness.