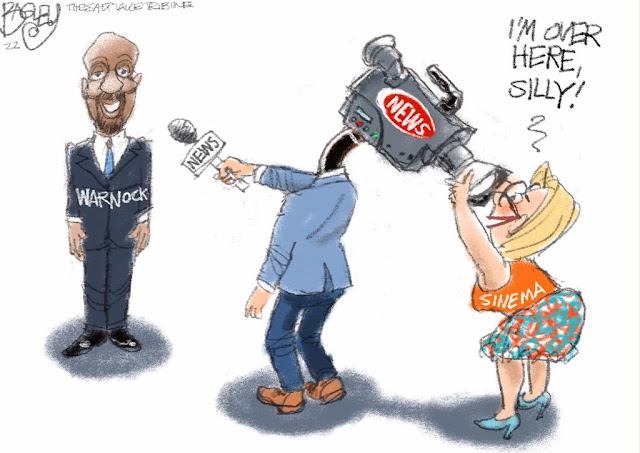 In a Twitter thread Friday morning, David Schapira—a former candidate for Congress and one-time minority leader of the Arizona State Senate—described his time working closely with Sinema in the statehouse, and her eventual decision to run against him in an open race for the newly-created 9th Congressional District in 2012.

Colleagues of five years at that point, the two "were friends," Schapira said, and both committed to not "go negative" against each other in the campaign.

"We held a press conference and released a joint statement saying so," Schapira wrote Friday. "She had nothing to lose because she was the front-runner in early polling with her firebrand reputation in progressive circles. Everyone figured I'd have to bring her down with some dirt to pull ahead. But I kept my promise and ran a clean campaign."

But Sinema, he said, did not.

After polling showed the pair in a dead heat that May, Sinema's campaign allegedly spent hundreds of thousands of dollars on mailers to Democratic primary voters falsely claiming he supported John McCain for president over Barack Obama—even though Schapira initially encouraged Sinema to endorse him—and that he supported private-school vouchers, even though he had openly opposed them during his time in the Arizona statehouse.

Running in a three-way primary, Sinema's campaign ultimately won her the party's nomination by nearly 11 points, setting her up for a narrow victory in the general election that November. But the damage, Schapira said, had already been done.

"Kyrsten broke a promise to me and AZ voters to run a clean campaign," he wrote. "She lied about a friend to win an election. She later apologized and told me she had to do it or she would have lost, as if that made it okay."

Florida Senator Rick Scott, the alien who never blinks, says that Herschel Walker will be a force in the GOP for years to come. Absolutely, Rick, I would advise continuing to run him for office, again and again, and perhaps even nationally.