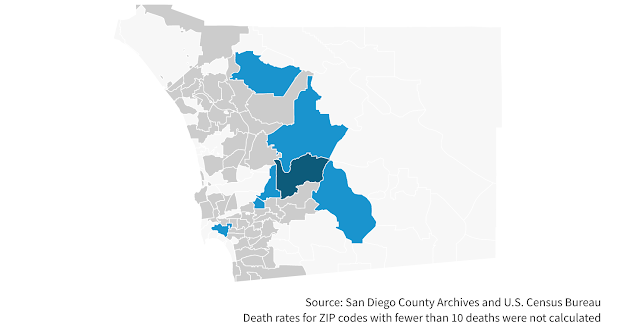 Many of my friends and some of my close family are not vaccinated, for various reasons of their own. I was drinking coffee with two friends the other day, one vaxed and the other not.  For one reason or another, the conversation turned to booster shots.
And I heard a familiar refrain, that the unvaxed person did not want to risk heart problems or embolisms as a result of vaccinations. There is a small risk of myocarditis and pericarditis after the vaccine, somewhere between 47 million to one and 68 million to one. Ironically, the risk of heart damage is much more significant from covid itself than the vaccination for it, at least according to Johns Hopkins. And the risk of thrombosis is even slighter.

According to global health officials, the coronavirus pandemic has resulted in 6.6 million deaths so far, including more than one million in the US.
Meanwhile, the CDC has confirmed nine deaths from thrombosis with thrombocytopenia syndrome (TTS) were linked to Johnson & Johnson's vaccine.
The agency's website says TTS has occurred in approximately four cases per one million doses administered, and that the deaths were all from the "rare but serious adverse effect" that causes blood clots and low platelets.

I mention this because Richard sent me an interesting blurb last night from Voice of San Diego; Covid Year Two: Deaths More than Doubled in Lakeside, and Went Down Virtually Everywhere Else.

In the pandemic’s second year, even as vaccines became widely available, a confusing pattern emerged in Lakeside. The Covid-related death rate more than doubled there, even though it dropped in almost every other ZIP code in San Diego County. The rate of Covid-related death rose from 55 per 100,000 residents in the first year of the pandemic, when there was no vaccine available to blunt the virus’s toll, to 134 per 100,000 residents in the pandemic’s second year, a new analysis by Voice of San Diego finds.

It begs the question, is our personal political and religious stance killing us? Lakeside and its east county neighbors are the most politically conservative areas of our county. It is a pure assumption on my part that they are also more evangelically inclined. And they happen to be where people are dying of Covid at a much greater rate. Coincidence?

Death rates increased in six other ZIP codes, but nowhere was the increase as acute as Lakeside. Several nearby areas — Ramona, Santee and a ZIP code south of Mission Trails — experienced the next highest increases, creating a cluster in eastern San Diego County in which the virus actually became more deadly while death rates were plummeting everywhere else.

One conspicuous detail sticks out among these four ZIP codes: They have some of the lowest Covid vaccination rates in the county, according to state health data. The areas, demographically, also have higher concentrations of White people than the rest of the region.

Just 55 percent of people in Lakeside have received two Covid vaccination shots. The median for all ZIP codes across San Diego County is 73 percent.

I am no mathematician but I am a sometime gambler and I understand odds. And 134 per 100,000 is a hell of a lot bigger risk than 1 in 68 million. But you can try to tell people about the numbers and they still won't listen, that is at least until it is too late.

...Though Janet was admittedly freaked out when Covid-19 hit the United States, her opinion began to change in the face of conflicting information from government officials about face coverings. She came to believe that the virus was being blown out of proportion to undermine the re-election of President Donald Trump.

If you look at the national covid mortality statistics by state, it is not hard to discern that the red states have the top five or six rungs on the chart, depending on how you characterize Arizona. Mississippi, Oklahoma, Arizona, West Virginia, Alabama and Arkansas head the pack. Why do you think that is?

I heard we were having a measles outbreak in Ohio recently. Every kid who got the disease was unvaccinated. You have to wonder how much of this is a result of the covid produced anti vaccine fervor?

Vaccination actually goes back to the founding of our country.

I have determined that the troops shall be inoculated. Necessity not only authorizes but seems to require the measure, for should the disorder infect the Army in the natural way and rage with its usual virulence we should have more to dread from it than from the Sword of the Enemy.

The Supreme Court ruled in their favor as far back as 1905.

A ruling in 1905 by the Supreme Court upheld vaccinations as American...The issue of mandatory vaccinations in the United States made its way to the Supreme Court in the early 1900s, when a smallpox vaccination law in Cambridge, Mass., was challenged by a man who refused to comply. Massachusetts had led the nation in passing vaccine law, but Henning Jacobson, a pastor, said his refusal to be vaccinated against smallpox was a personal decision.

In a February 1905 decision, the Supreme Court ruled 7 to 2 that public health could supersede individual rights. “[T]he liberty secured by the Constitution of the United States to every person within its jurisdiction does not import an absolute right in each person to be, at all times and in all circumstances, wholly free from restraint,” Justice John Marshall Harlan wrote for the majority. “There are manifold restraints to which every person is necessarily subject for the common good.”

Only now are mandates deemed by a large segment of the population to be un American and an abridgment to personal freedom.  Because we once were far more committed to the greater good and to the health of our community rather than our own individual selfishness. No more.

The Good news is that the Republicans are dying from Covid. The Bad news is that when the revolution comes, they have al the guns.

Robert - Thank you for a well constructed narrative describing what is soooooo obvious to so many of us.