And now a note from our founder 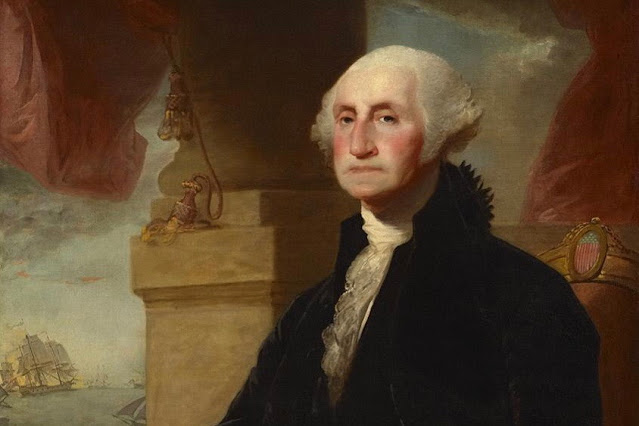 I have determined that the troops shall be inoculated. Necessity not only authorizes but seems to require the measure, for should the disorder infect the Army in the natural way and rage with its usual virulence we should have more to dread from it than from the Sword of the Enemy.

I have some conservative friends who are livid about the prospects of a national vaccine mandate and have let me know big time today. Had lunch with a couple that say that it is unconstitutional and smacks of Nazi Germany.

Interesting article at the WaPo by Timothy Bella a few days ago that begs to differ, at least on the first point. Mandates are as American as George Washington. Vaccine mandates go way, way back in our country and they have been deemed constitutional.

A 1905 by the Supreme Court upheld vaccinations as American...The issue of mandatory vaccinations in the United States made its way to the Supreme Court in the early 1900s, when a smallpox vaccination law in Cambridge, Mass., was challenged by a man who refused to comply. Massachusetts had led the nation in passing vaccine law, but Henning Jacobson, a pastor, said his refusal to be vaccinated against smallpox was a personal decision.

In a February 1905 decision, the Supreme Court ruled 7 to 2 that public health could supersede individual rights. “[T]he liberty secured by the Constitution of the United States to every person within its jurisdiction does not import an absolute right in each person to be, at all times and in all circumstances, wholly free from restraint,” Justice John Marshall Harlan wrote for the majority. “There are manifold restraints to which every person is necessarily subject for the common good.”

Of course we pick and choose who and what to believe according to what is most convenient to our personal narrative and which side of the fence we happen to reside.

A lot of conservatives do not trust the government at all at the moment, hence their unwillingness to obtain a vaccine that is statistically shown to help them survive. I am with you on this point guys, I often don't trust them either. Mistrust is healthy.

But now is the time to think about the survival of the whole hive and we will not beat this thing until a whole bunch more people take the cure and we move closer to some sort of herd immunity.

It was hilarious to hear Kellyanne Conway accuse Biden of going against presidential norms yesterday. With a straight face. Biden has his faults to be sure but his predecessor had no qualms about smashing norms and ethical considerations with a sledge hammer.

Biden could walk on water and the right would still find a reason to complain that his feet were wet. They hate him and everything he does will be viewed through a very tortured lens, free from objectivity. Tit for tat, we are primed to wound each other reflexively in this country first and perhaps to think later. The fact that everything he says will be viciously attacked makes it harder for me to sort out what is legitimate criticism.

I keep thinking back to what Jeff told me last year, the two sides will not find common ground again because the hyper partisan media machine is making too much money keeping us apart in our respective silos. Much truth in that.