I had something come up in my You Tube algorithm today that sounded interesting, well, sort of like a bad country music song type of interesting anyway. That time it rained for two million years. 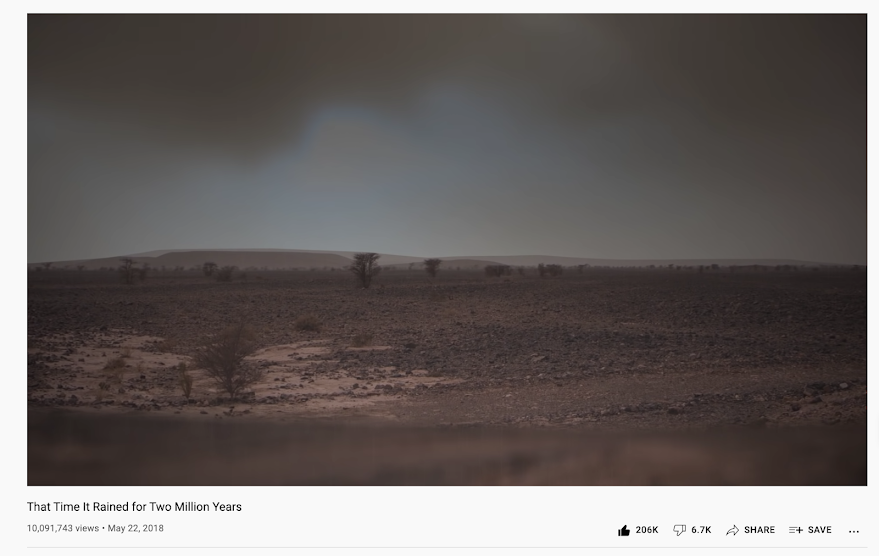 I thought, damn, that's a lot of sorrow.
You know what a John Prine could do with that much heartache and rain?
Two million years, that is one long damn winter. Worse than Seattle. An interesting video, if you like this sort of thing. Better to have something to occupy you for a rainy spell that long.
I am no John Prine but I scribbled a few lines together anyway on short notice, just for the exercise. Hasn't been a lot of song material written about the pre pleistocene era frankly.

You never know how things will fall
Out or in
With love and all
But I never dreamed they’d collect my tears
That time it rained two million years.
When we started out we were
on dry land
The earth was young
Our eyes were bright
But south things went
As they are prone to do
We went our ways
our one now two
Earth had split
And we did too
The beasts came forth
Unholy zoo
The sky opened up
our darkest fears
buckets full rising
above our ears.
Lovers'dreams
they often break
dams will burst
and hearts will ache
Mountains blow and oceans flood
meteors crash and hopes get crushed
Thoughts of you
still hurt and sear
like the time it rained
two million years.
© Robert Sommers 2021

That is woefully beautiful.