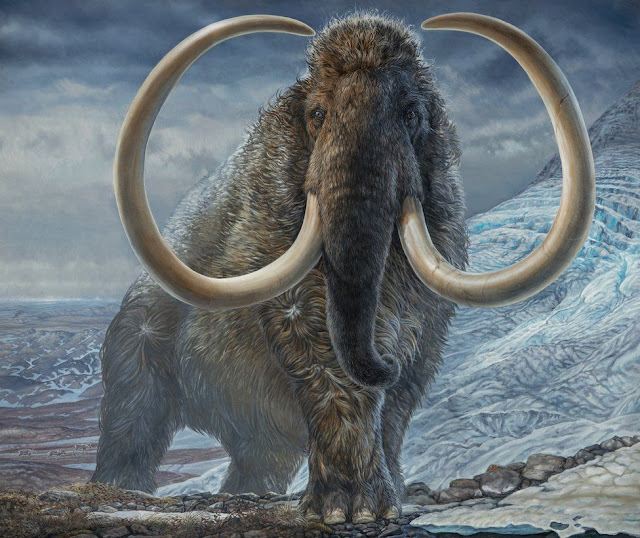 Tsk, tsk or should I say tusk, tusk; Scientists are talking about bringing the woolly mammoth back to the arctic, an extinct animal that has only been gone for ten thousand years or so. They plan on mating it with the Asian Elephant. The last common ancestor of the two species was six million years ago. The purported purpose is to increase biodiversity and to reduce arctic thaw.
With shades of Jurrasic Park, or maybe Back to the future, we are going to pluck this big baby right out of the Pleistocene era and see what happens. Fetch, Tantor!

A group called Colossal and its founder George Church, a Harvard geneticist, is pushing the idea. They are proposing to create a mammoth/elephant hybrid, using gene editing and CRISPR technology. It would live in the new Pleistocene Park. Now what could possibly go wrong?

Church’s dreams of engineering a hybrid mammoth first deepened after an interview he did with the New York Times in 2008 about efforts to sequence the woolly mammoth genome.

At first, the idea was more of a grand intellectual puzzle. But in the years that followed, Church started to collaborate with Stewart Brand and Ryan Phelan, the founders of the California-based Revive & Restore. Brand and Phelan aim to use biotechnology to help shore up threatened species and to bring back extinct ones. (Find out more about the science—and ethical debate—around bringing back extinct creatures.)

“De-extinction and the idea of what we call genetic rescue is really a story about hope and being able to repair some of the damage that humans have caused over the centuries,” says Phelan. “It’s not nostalgia—it’s really about increasing biodiversity.”

Why do I have my doubts? Is running the Whole Earth Catalogue sufficient experience to start messing round with dead animal genes? 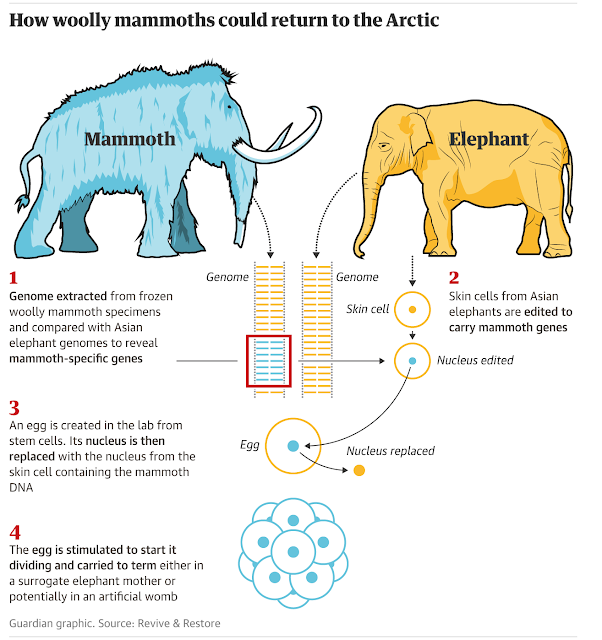 Why do I have the sneaking suspicion that this undertaking will not go real well? What could possibly go wrong when you reintroduce the largest land mammal to ever walk the earth to a new epoch?
The brainiacs behind this one think the new chimera will be helpful in knocking down trees and stuff. What if it is not quite as friendly or housebroken as they think it is? What is to stop it if it decided it might rather live in say, Cleveland, like the elephants that decided to go on the unannounced Chinese vacation last month.
In case you didn't notice, Pablo Escobar's hippo herd is now wreaking havoc and taking over the Amazon. Why don't we fix that first before we go back to the lab and play mad scientist? 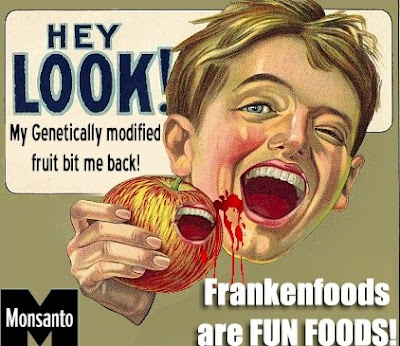 We can't even stop the drift from GMO corn and now we think we are capable of creating a Frankenstinian animal capable of toppling over large buildings with its nose?
What strange recessive gene or virus does the mammoth popsicle possess that will wreak havoc on our world because the scientists had no clue of the tertiary ramifications of their cute genetic manipulations?
How do we know that the stuff mammoths like to eat is even alive anymore? Think they can live on eskimo pies?
But first I guess we will have to see if the elephants even think the hirsute mammoths are cute and want to make pachyderm whoopee with them.

“The scale at which you’d have to do this experiment is enormous. You are talking about hundreds of thousands of mammoths which each take 22 months to gestate and 30 years to grow to maturity.”
Lamm said: “Our goal isn’t just to bring back the mammoth, but to bring back interbreedable herds that are successfully rewilded back into the Arctic region.”
Whether Asian elephants would want to breed with the hybrids is, for now, unknown. “We might have to give them a little shave,” said Church.

Way, way way beyond our current paygrade and capabilities. I certainly don't trust us.
Posted by Blue Heron at 2:35 PM

I agree, scary we have enough dr. frankstiens floating around with all their experiments let the dead stay under the tundra frozen!

Seems to me reintroducing Bison (Bison Bonasus) would make a lot more sense to accomplish their stated ecological goals. Crossing them with musk ox might be interesting too. Rewilding mammoths born in artificial wombs sounds damn expensive.

I favor Mastodons, Gomphotheriums and Stegadons but I fear they would all be a little "truncated" when mixed with their asian Elephas Maximus descendent. Something with wings would be nice.

You would need an apex predator to maintain balance. Any suggestions? Dire Wolf comes to mind.

There's not an apex predator extant that can tangle with a bull elephant today. A fifteen ton Mammoth hybrid, I wouldn't worry too much. As usual, Chinese ivory collectors would be a much greater threat.

I heard about a project to resurrect the Passenger Pigeon by using a similar approach by adding genes to either the Bandtail Pigeon or Mourning Dove who are its closest relatives. This might be a better start than a giant. The concept makes one wonder "Was that what was going on when Coronavirus emerged??". Well who knows? All we are missing here is factual evidence that any of it is workable.