From CNN and NYT:

The political divide over vaccinations is so large that almost every reliably blue state now has a higher vaccination rate than almost every reliably red state. ... Because the vaccines are so effective at preventing serious illness, Covid deaths are also showing a partisan pattern. Covid is still a national crisis, but the worst forms of it are increasingly concentrated in red America. David Leonhardt

More than 9 in 10 self-identified Democrats (92%) report that they have had at least one dose of one of the three vaccines for Covid-19. That number among Republicans? Just 56%. 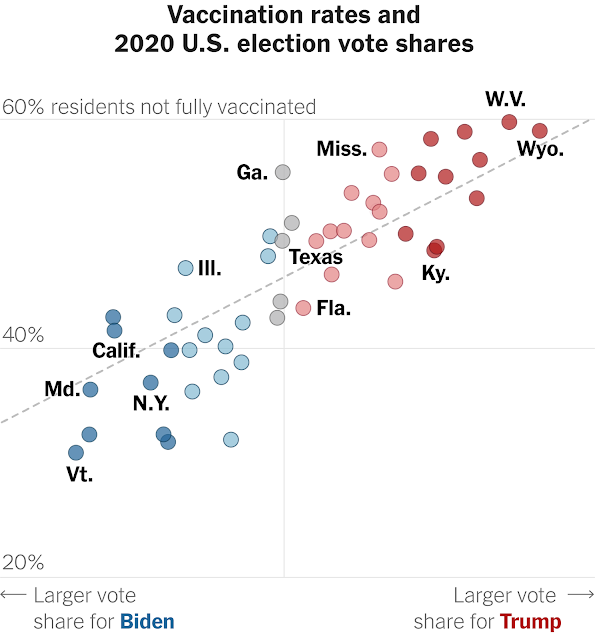 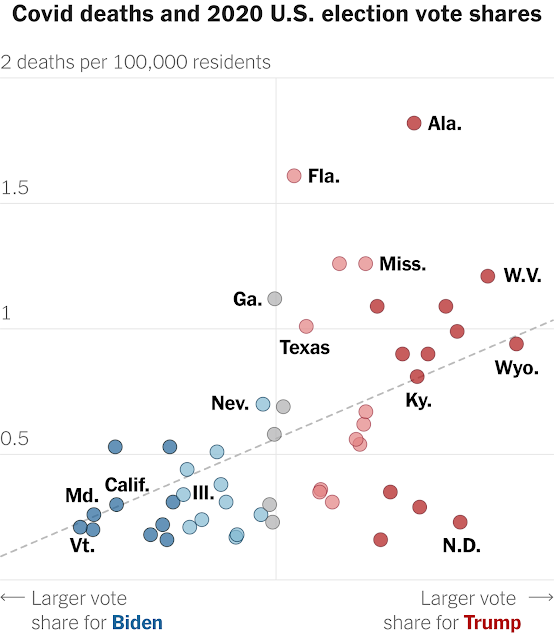 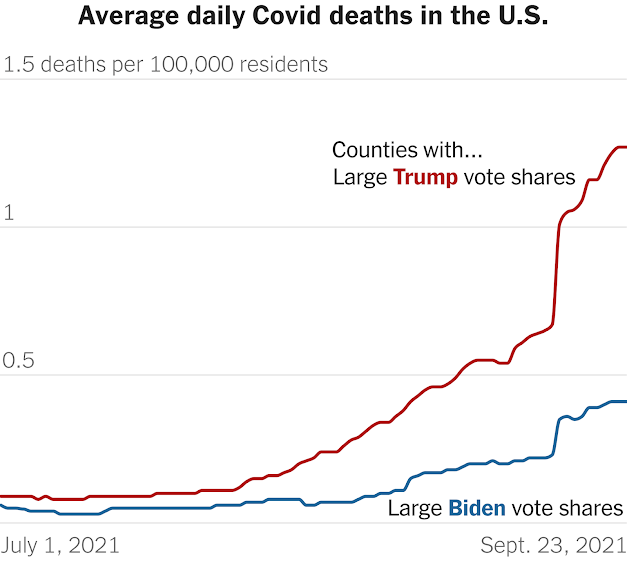 However, The Bulwark had a survey where they interviewed the Trump-leaning middle of the roader who believed that Biden was dragging his feet about urging vaccinations and that it was the Democrats who were unprotected. The disinformation campaigns, or rather, lies propagated by entities outside the US, have succeeded spectacularly, especially with the Christian Right. I am deeply pessimistic about the upcoming elections. ~ Diane O

Not big news, but important to see how one's politics can so greatly influence one's health decisions. Shame really.