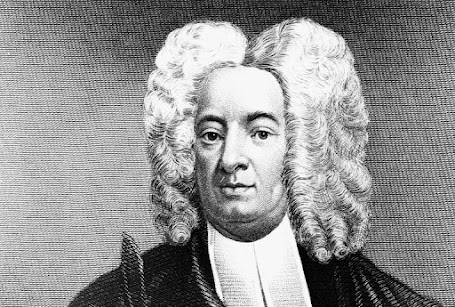 I saw an interesting article at a Harvard website today. Mandates and the antipathy they provoke evidently go back a lot further than even George Washington.

On a November day in 1721, a small bomb was hurled through the window of a local Boston Reverend named Cotton Mather. Attached to the explosive, which fortunately did not detonate, was the message: “Cotton Mather, you dog, dam you! I’ll inoculate you with this; with a pox to you.’’ This was not a religiously motivated act of terrorism, but a violent response to Reverend Mather’s active promotion of smallpox inoculation. The smallpox epidemic that struck Boston in 1721 was one of the most deadly of the century in colonial America, but was also the catalyst for the first major application of preventative inoculation in the colonies.

...Although inoculation was already common in certain parts of the world by the early 18th century, it was only just beginning to be discussed in England and colonial America. Cotton Mather is largely credited with introducing inoculation to the colonies and doing a great deal to promote the use of this method as standard for smallpox prevention during the 1721 epidemic. Mather is believed to have first learned about inoculation from his West African slave Onesimus, writing, “he told me that he had undergone the operation which had given something of the smallpox and would forever preserve him from it, adding that was often used in West Africa.’’ After confirming this account with other West African slaves and reading of similar methods being performed in Turkey, Mather became an avid proponent of inoculation. When the 1721 smallpox epidemic struck Boston, Mather took the opportunity to campaign for the systematic application of inoculation. What followed was a fierce public debate, but also one of the first widespread and well-documented uses of inoculation to combat such an epidemic in the West.

Mather was a Puritan, a scientist and an intellectual with a historically checkered life, being at least partly responsible for the Salem witch trials. The article goes on to mention that vaccine techniques reach back at least as far as China in 1000 CE and were widely practiced in ancient Turkey, India and Africa. I leave you with a note from another founding father:

In 1736, I lost one of my sons, a fine boy of 4 years old, by the smallpox taken in the common way. I long regretted bitterly and still regret that I had not given it to him by Inoculation; This I mention for the sake of parents, who omit that Operation on the Supposition that they should never forgive themselves if a child dies under it; my Example showing that the Regret may be the same either way, and that therefore the safer should be chosen. Benjamin Franklin