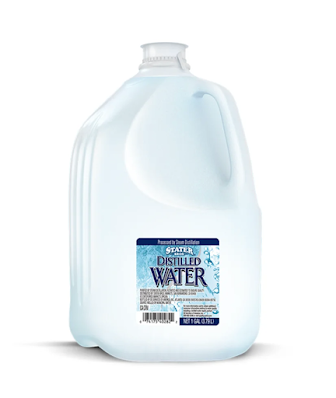 I was at Grocery Outlet the other day and saw that they actually had distilled water. Hot damn! Do you know that it has been almost impossible to find of late?  Serious shortages.

My wife uses it for steaming clothes in her shop. I bought one and alerted her so that she could buy a case.

I needed a new battery for the key fob in my Mazda. Jamie couldn't get my size. I guess there are serious battery shortages too. I found one at Ace, luckily.

And watch out, might be time to stock up on toilet paper again, it is poised for another massive wipeout.

Actually there are a lot of shortages being reported around the world right now; liquor bottles, metals, plastics, resin, semi-conductors and wood to name just a few.

Some industries are rushing to build new factories, including semiconductor producers under pressure to feed a growing appetite for chips needed in cars and electronics. But not all producers are eager to build new plants. The bike industry, for instance, is heavily concentrated in Asia and producers there worry that the current surge in demand is only temporary.

Compounding the current problem are clogged supply lines. With so many manufacturers rushing to build supplies at the same time, the containers, ships, and trucks needed to move the goods often aren’t available, and have soared in cost when they are. That has disrupted some of the mechanisms that normally help keep supplies, and prices, in check.

I heard the other day that we are 100,000 trucks short in America right now and that this is contributing greatly to the supply line problem. The pandemic is supposed to be another one of the great drivers of the whole supply line drag.  There are also massive labor shortages, it should go without saying, anybody who needs a job should be working right now.

Speaking of working, somebody on next-door took a picture of a guy begging in a wheelchair recently walking perfectly normal later in the day at a supermarket. Vermin. I look at these people, many of them young, content to beg on an off-ramp like it's a great, long term paying gig with total disgust. Way too early to give up on life. If you are able bodied, get a job and let go of the crack pipe. Support yourself, don't be a moocher.