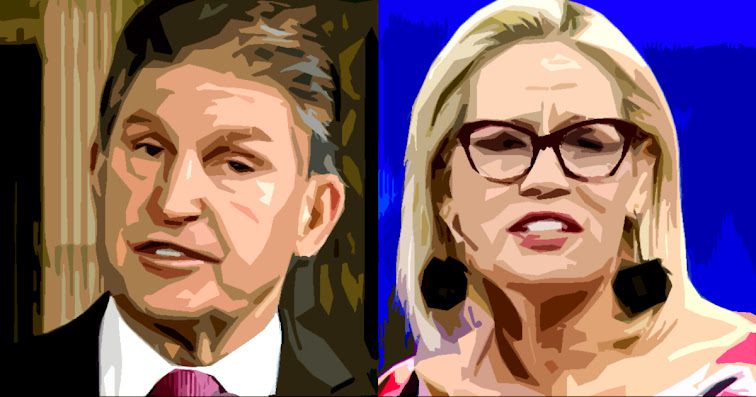 Senators Kyrsten Sinema (D-Ariz.) and Joe Manchin (D-W. VA.) seem to both be really loving their current time in the limelight as essential power brokers.
Every Democrat, including the President, has to come with hat in hand if they want to get any of their agenda enacted. The Republicans sit and laud them daily for being the fly in the ointment and encourage them to be obstructionist. Total divas. Ready for my screen test, Mr. DeMille.

Although I am a centrist, I am frankly getting sick of their daily theater and the apparent joy they get in their exalted position and power grabbing. It is quite selfish. We elected the President for a reason and I would like to give him an opportunity to get something done.

But these two, having killed any hopes of undoing the filibuster and going back to simple majority rule, will be happy to deliver the whole picnic to the ants if they do not get their pouty little way. It is all about West Virginia and Arizona and damn everybody else. Manchin is beholden to big energy and Sinema does the bidding of big pharma. You know how the game works. Follow the money.

The tails are now wagging the dog. The once far left and Green Party member Sinema, the only out bisexual in Congress, is threatening Pelosi on infrastructure. It will be a shame to waste the opportunity of this presidency, but it looks like they will be happy to if they can't get their asses kissed sufficiently and every progressive idea is not watered down to nothing. Friends like these...

Face it, these dinos have the power to squelch the whole enchilada, making the GOP opposition only too glad they had someone do their dirty work for them. Useful idiots. I guarantee the favor will never be returned.

I had a thought about the situation this morning and my thought was; it is indeed possible that these two politicians will someday need a favor from their own party as well. And people will have a long memory about their past behavior and might not be real willing to get them out of a jam.

One can only hope. 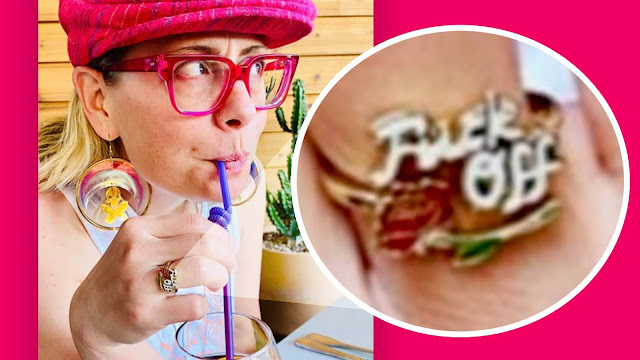 Or they simply pull a Van Drew and change parties.
Sinema sent her progressive colleagues (and the rest of us) a cute message recently with her "fuck off" ring, very reminiscent of Melania Trump's famous jacket.
Well, you can fuck off too, Senator.
Posted by Blue Heron at 1:12 PM

I thought I was reading a typical Democratic Talking Points Blog until you wisely reminded me that you’re a Centrist… which is kind’a like when Wile E. Coyote tries another ACME Corporation devise to catch the Road Runner. Only this time I’m imagining you once again running straight off the cliff in a vain attempt to have us believe you’re anywhere close to the middle ground. Enjoy the view as you drop to the desert floor. Beep, Beep!

I find it funny that my view of myself as a centrist (pro -capitol punishment, anti amnesty, pro-choice) is derided when the GOP has been taken over by the Boebert, Greene, Trump crazy coalition and none of you ever say a peep over what you know are lies being promulgated by your standard bearer. Fine.I regularly call out the squad over their awful behavior, why do I only hear crickets from you about where your party has gone?