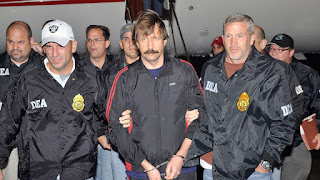 Victor Bout is a very nasty dude. This Russian arms trafficker supplied surface-to-air missiles to Kenya to be used to attack an Israeli airliner during takeoff in 2002.

He supplied terrorist groups in Colombia, Congo, Liberia, Lebanon and elsewhere. No telling how many people were killed by the weapons this guy provided around this world.

He has been freed, for an American citizen who ran afoul of drug laws in Russia and received a sentence of nine years for a vape cartridge. Who didn't think the rules applied to her because she was a celebrity basketball player. And whose minority and lesbian status put enormous pressure on the administration to get her released.

I am happy that she is out. I wish Paul Whelan was out. And Marc Fogel. And I wish that the body of Robert Levinson was released by Iran back to his family. And there are countless other Americans stewing unfairly in foreign prisons, used as political pawns. Get them all out. 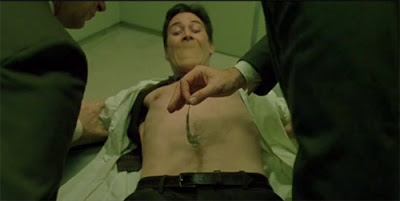 If it was me, I would have stuck a worm in Bout, sort of like in the matrix.