I went to the Long Beach Flea Market yesterday to sell. I hadn't planned on going but Warmboe had a spare ticket.

It gave me an opportunity to sell some stuff that had been clogging up my front window and other things that I wanted to get rid of, just to free up some space and breathing room.

I got up at 2:30 in the morning and started my trek up north about a half hour later.

Didn't even take a camera although I did take my new iPhone 14 max, which is awful big but supposedly has a better camera. The old phone wouldn't stop acting up, so I traded it in.

Day went okay, didn't get rich but sold some stuff. Saw the normal crazies, who were as crazy as usual.

I saw a lot of compatriots. I ran into Roger G who told me that he has liked the blog of late but was wondering how I had not been shot yet? Good question. 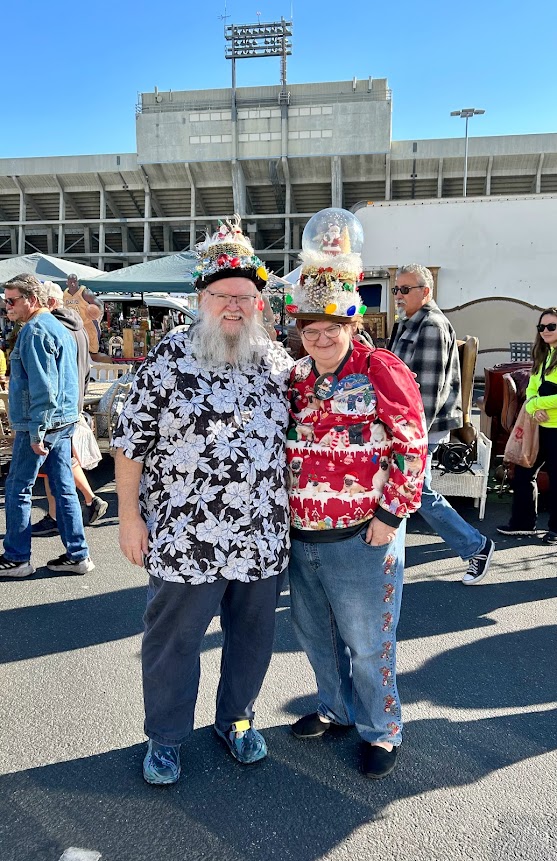 These two are repeats, the snowbowl on her head actually works. Apparently her life's achievement, god bless her. 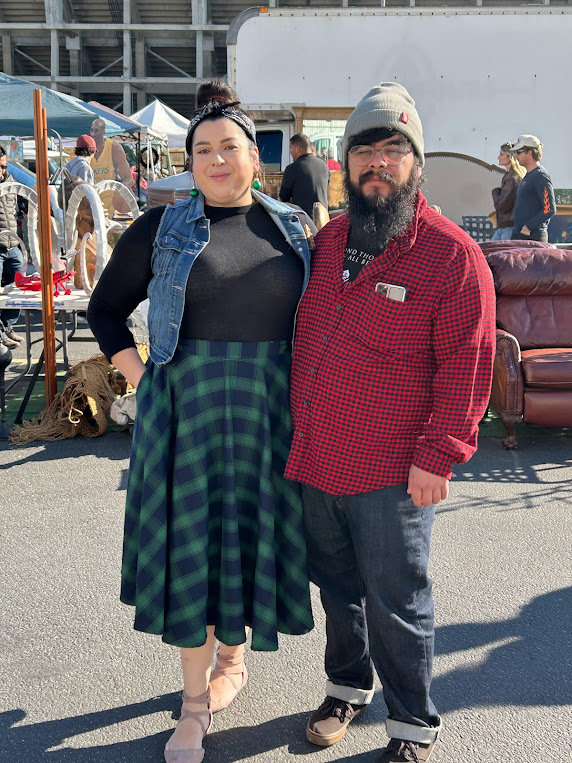 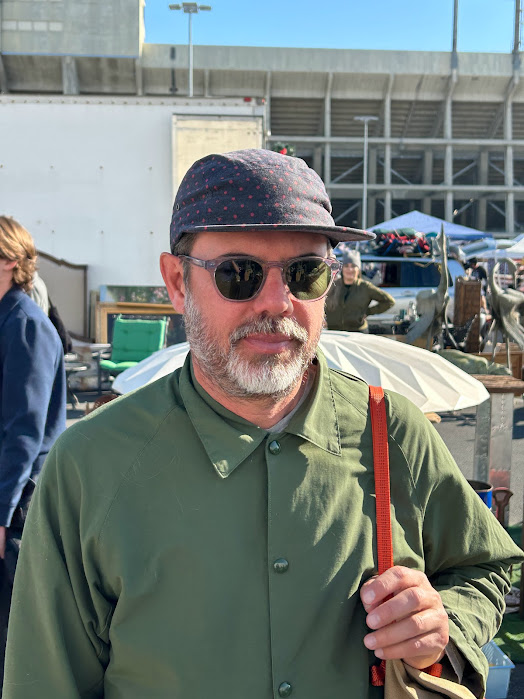 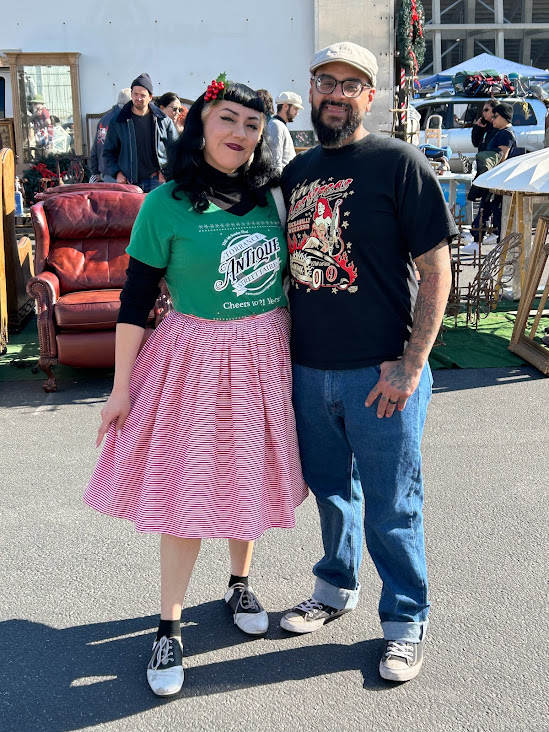 I was actually pretty restrained with my picture taking.

I packed up at three and made it to the Kinsler's Hanukah party in a couple hours but I was dead tired.

Great smoked chicken, salmon and cod. Unfortunately my latkes were cold but I didn't get there on time and Leslie offered to make me more.

I went home and fell into a deep sleep.

I wish the person with the red baret-looking hat and the red lipstick would have given you permission to photograph him. He was so pretty.

Thanks for sharing your turkey sandwich