People like to talk about the best concerts they have ever attended. I think I would like to write a short post about the worst shows I ever saw. It is a funny thing how people can judge an event differently. Millard saw a show by Patti Smith that he despised, another guy I know saw what I believe was the very same show and loved her.

The whole thing is very subjective. 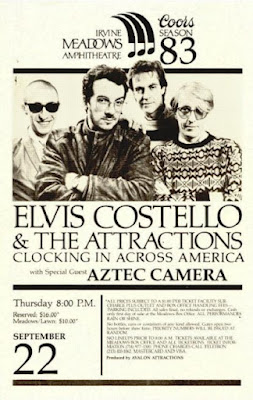 Elvis may have good phrasing but he doesn't always stay in tune. This show was incredibly painful to listen to. I believe the worst of the worst in my concert experience, think two hours of intense dental surgery on heavy meds. Bad PCP wurlitzer carousel ride. Never again. 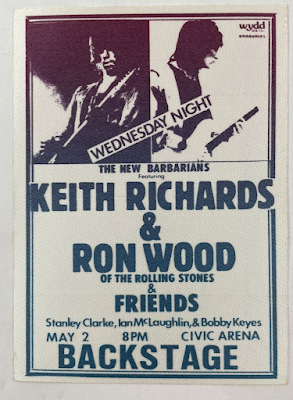 The most pointless group of decent musicians ever assembled. Keith Richards, Stanley Clarke, Ron Wood etc. Band simply too stoned to play, with terrible material and the results were two hours of my life I very much wish I had back. Absolutely unlistenable drek. 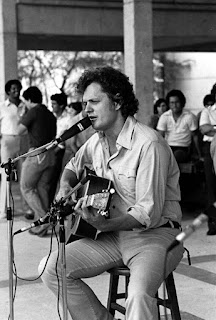 There are times when you have to think that just one more horrible and depressing shaggy dog ballad will send you out for a revolver. I accompanied my sister Barbara and her husband to this show after a little prodding and have yet to forgive her.

However she did take me to Madison Square Garden to see the Stones in 1972 on Jagger's birthday so I will cut her a little slack. 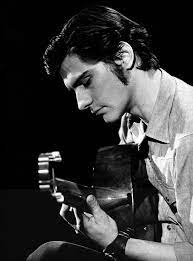 Kenny played to so many boos that he left the stage in a half hour saying, "Catch you on a better night." Thirty minutes too much, if you ask me.

This was a tour double billed with Santana. Beck played with Terry Bozzio on this particular night. It was a sonic wankfest with his name continually displayed in glowing pyrotechnics behind the stage. Jeff Beck was a sideman extraordinaire but he had all the magnetic presence of a limp carrot. Quite emotionless. Another night where I left shaking my head.

A great fusion guitar player, in the knob spinning mode of the earlier Roy Buchanan, the late maestro was not particularly interesting to see live, at least in my experience. 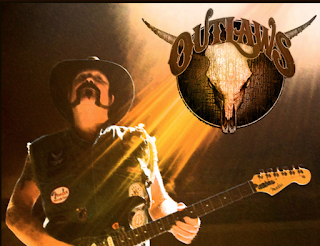 Enough southern twang and testosterone for a Nascar race and way more than I would ever need for the entire rest of my life. They were supporting Steve Stills, who was good but not quite enough to get all the stupid out of my ears.

This one was different. The music was good. This was back in the day when you didn't have to buy a ticket, could sit on the hill and listen. They brought tear gas in to move us, someone shot a pistol in the air. Cops moved in. Suddenly five thousand people running towards 59th St. at the same time, absolute riotous bedlam. Very scary. 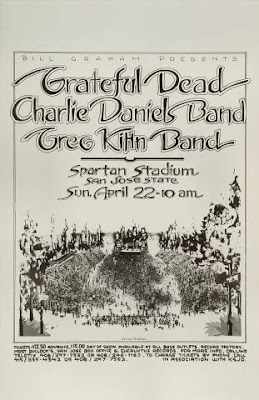 Somebody had the bad idea to invite Jerry Garcia to play with Daniels during his set. Mr. Daniels took that as an invitation to play so many notes that Jerry could hardly get a single one in. Charlie evidently thought it was a speed competition.

I will never forget Jerry leaving the stage in disgust, palm batting away at Charlie as if to say, what a freaking waste of time. Which it was. 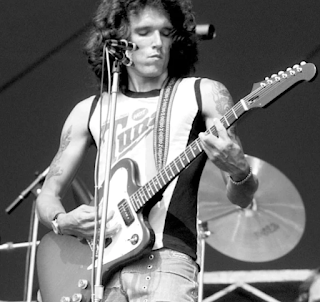 This was a time that the band was in their drugged, punk phase and pretty awful. I was friends with the sound crew, Vinnie gave me a ticket.

Things got so bad that a guy walked right up to the stage and gave him the finger screaming, "Fuck you, Jorma" to cacophonous applause from the crowd. Later they got better, or you could will yourself into thinking they were anyway if you were stoned enough.

I went to this show with my dad and his then wife. Music was actually very good but Charles was a total asshole. He stopped the show to berate his hired guitar player. "It's an e chord, boy, do you know how to play an e?" Tormented the guy so bad it ruined the show for me.

I went to a lot of shows and I am sure there were many more stinkers but these are the ones that stand out.  David Peel was always real bad. Cockney Rebel at the bandshell. Ian Astbury with the Doors was terrible. Suzanne Vega at the Belly-Up was a very cold fish. Phil Lesh in Albuquerque was awful but doesn't quite sink to this level. Warren Zevon, very drunk and caustic at Santa Barbara, almost made the grade but I kind of dug it in a sick way. What were your worst concerts?

It was the Roxy and we sat in front of Led Zepelin, in the booth nearest the door and when they split after the third song Smith flipped them off, as I turned to watch their backsides. We lasted one more song. She wasn’t even amateurish.

According to some, she was legendary: https://www.chicagotribune.com/la-et-ms-patti-smith-roxy-review-20150204-column.html

I’m thinking what do you expect with some of your choices. One of my worst was a drunken Bob Dylan show. One of my best was a great Dylan show.

The bad Phil Lesh show was right after the greatest Dylan show I ever saw.In Albuquerque. We left a few minutes into Dark Star. But the Dylan shows you and I saw together in the 70's at Universal in Los Angeles were truly extraordinarily good, right before he found god, man those were good shows. Do you remember them?

BB King in Fresno in 1969 or 70. He might have been great, but we sat (stood) close to the stage and it was SO LOUD I had a headache for two days afterward. I still get one when I hear his music. Then more recently 2003, New Year’s Eve at Pechanga, Ray Charles. I was so excited to see him even knowing he was most likely past his prime. Ugh! He never finished a song, mostly heard the Raelettes, and the horns. The absolute worst was a few year ago at Humphreys, Willie Nelson. He had been sick and canceled a couple of concert dates. Should have known……he spoke his songs, again like Ray, didn’t finish many, and was so off key I almost asked for my money back. The only highlight was watching Bill Walton rocking out. Who could miss him! The review in the paper a few days later was scathing.

In those scintillating days BD...Before Disco...my friend photographed a show at the
Santa Monica Civic, and gave us back stage passes, early 70s, and the group playing was
the BEEGEES...and know one knew what was to come. No second acts in American Life?
Tell that to Barry, Robin and Maurice. They were about to ride the whirlwind like nothing before. But that night there were more people backstage than in the audience.
It was painful to watch and we boogied after about a half an hour. Nobody missed us.

Another huge disappointment was Lou Reed playing the aforementioned Santa Monica Civic
as a follow up to 'Take a Walk on the Wild Side' breaking big. The place was packed and the band started up with 'Sweet Jane' and the mood was electric...then out bopped Lou
and the energy left the building. Even through 'Waiting For the Man' and 'Wild Side'
he was just boring. I imagine an intimate cafe atmosphere might make you forget his awful singing, but the concert hall emptied out about half real quick, including us.
Made you yearn for Patti (Not!).