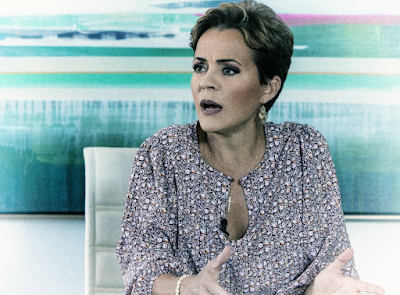 I was reading this article at Newsweek, Kari Lake's Still Committed to Overturning Governor Election, and it provoked a few thoughts.

Post Trump this will be the new political paradigm. If you lose, forget the facts, just deny, deny, deny and hope that some partisan higher court throws you a bone.

...Lake remained defiant over her loss in a slate of conservative media appearances over the weekend, railing against an election she claims, but has so far failed to prove, was incorrectly decided against her due to myriad issues on election day.

So far, several Arizona judges have ruled against the former television news anchor turned right-wing thought leader's case, stating she has thus far failed to prove her approximately half-point loss to Hobbs was the result of intentional manipulation of ballots.

Lake lost by over 17,117 votes but will apparently not be dissuaded. Her language is getting increasingly incendiary. Lake and her attorneys have stated that they want all the votes that elected her opponent disqualified, even if there was no wrongful intent in the ballot processing operation.

The lawyer who filed a brief on Kari Lake's behalf said that the Trump-endorsed gubernatorial candidate could still overturn the results of the Arizona midterms, even if no evidence of voter fraud is found. According to Kolodin, "the trial court got it wrong in terms of requiring proof of fraud or some ill intent. That's simply not what Arizona law requires.

Talk about tin pot democracy, what exactly are they putting in the water next door in Arizona?  It gets more and more ugly and strident:

"We don't want to have this cartel operative, this cartel-owned goon, Katie Hobbs, sitting in the governor's office," Lake told former Donald Trump advisor Steve Bannon on his War Room podcast over the weekend.

"Our state government is controlled by the cartels right now. The Secretary of State Adrian Fontes is a cartel attorney. And the cartels completely control Arizona, and that's not what the people voted for. We know they stole the election. We know they had intentionally sabotaged Election Day. And we've proved that in court, and we will continue to prove it," she said.

Whether she has anything left to fight with is questionable. In a prior ruling, Maricopa County Superior Judge Peter Thompson threw out most of Lake's claims on their face in what legal experts told Newsweek at the time failed "to meet the high bar necessary to overturn an election."

So now anybody who opposes her is a goon and a member of a cartel, even the Republican judges who heard her cases and found no factual basis for her claims.

"We're going to push it to the Arizona Supreme Court and the U.S. Supreme Court if we have to, because we know we won," Lake told former Republican presidential candidate Mike Huckabee on his Trinity Broadcasting Network show, Huckabee on Sunday. "We have to fight this."

A couple things here. Even if a couple ballots were printed smaller than required by statute, they were all tabulated and this would affect both candidates voters' votes, not just Lake's. Why would any judge award her all of the disputed votes since both candidates voters were equally inconvenienced? It flies against logic and smacks of total irrational desperation. How do you go from "I don't like all the screwups and ballot confusion that occurred on election day" to "give me all the votes?" In what parallel universe does that make sense?

Unless, of course, you believe in a Mike Lindell style grand conspiracy and spiritual warfare scenario in which she is the white knight fighting satan's minions and some grand cabal of witches, other Republicans included. The Judge was clear in his ruling.

In a 10-page ruling, Superior Court Judge Peter Thompson acknowledged “the anger and frustration of voters who were subjected to inconvenience and confusion at voter centers as technical problems arose” in this year’s election.

But he said his duty was “not solely to incline an ear to public outcry,” and noted that, in seeking to overturn Katie Hobbs’s victory by a 17,117-vote margin, Ms. Lake was pursuing a remedy that appeared unprecedented.

“A court setting such a margin aside, as far as the Court is able to determine, has never been done in the history of the United States,” Judge Thompson wrote.

He went on to rule flatly that Ms. Lake and the witnesses she called had failed to provide evidence of intentional misconduct that changed the election’s outcome.

“Plaintiff has no free-standing right to challenge election results based upon what Plaintiff believes — rightly or wrongly — went awry on Election Day,” the judge wrote. “She must, as a matter of law, prove a ground that the legislature has provided as a basis for challenging an election.”

Obviously, she has proved nothing, because she can not. She lost and her ego is such that she can not come to grips with it and get over it. Sad. She adopted a perfect page from the Trump playbook, calling the election fixed weeks before it was ever even held and notifying the world that she would not accept a negative result in the event of a loss.

The difference between Kari Lake and Donald Trump is that I believe Donald Trump knows that he is lying and honestly doesn't care. I think Lake is plainly delusional at this point, to the point of believing her own concocted lies. The woman needs heavy meds and serious psychiatric help.

Unfortunately we are going to see more and more of this sort of reality rejection and because of all the Qanon MAGA Pizzagate nonsense, people will have even less and less trust in our election systems, the great majority of which are manned by patriotic Americans of all political stripes who do their best to be fair and on the up and up, the old American way.

And hey, at least she hasn't tried to shoot Hobbs or anything like that. Want real crazy, go next door to New Mexico.

He looked into his options all right. 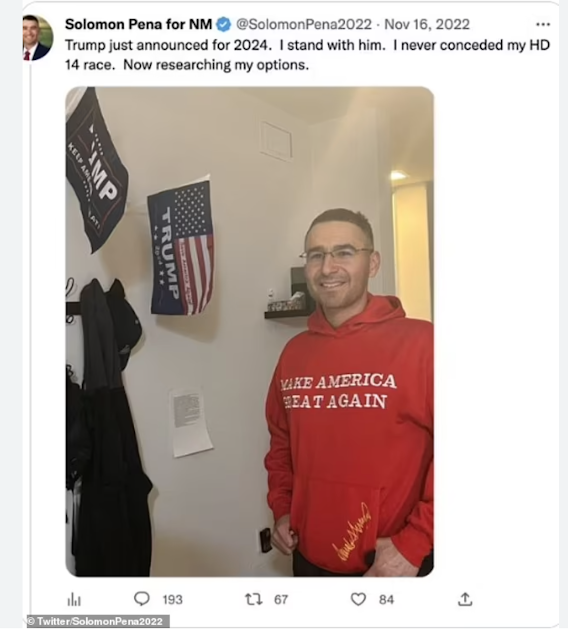