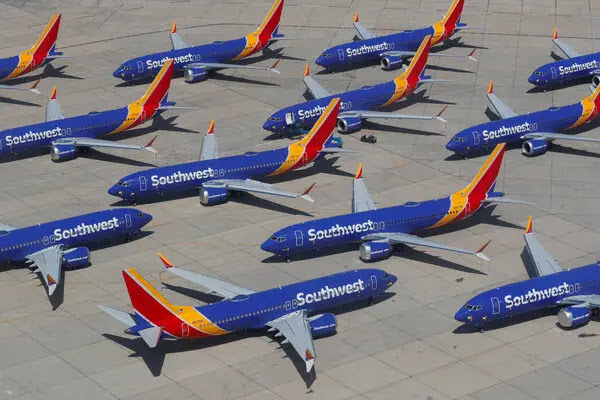 Interesting article at the New York Times, if you can get through the paywall. Why did Southwest Airlines implode recently? It's the outdated software...

Computers become increasingly capable and powerful by the year, and new hardware is often the most visible cue for technological progress. However, even with the shiniest hardware, the software that plays a critical role inside many systems is too often antiquated and, in some cases, decades old.

This failing appears to be a key factor in why Southwest Airlines couldn’t return to business as usual the way other airlines did after last week’s major winter storm. More than 15,000 of its flights were canceled starting on Dec. 22, including more than 2,300 canceled this past Thursday — almost a week after the storm had passed.

It’s been an open secret within Southwest for some time, and a shameful one, that the company desperately needed to modernize its scheduling systems. Software shortcomings contributed to previous, smaller-scale meltdowns, and Southwest unions had repeatedly warned about the software. Without more government regulation and oversight and greater accountability, we may see more fiascos like this one, which most likely stranded hundreds of thousands of Southwest passengers — perhaps more than a million — over Christmas week. And not just for a single company, as the problem is widespread across many industries.