The Taliban, in my opinion, are a serious bunch of assholes. They persecute and subjugate women, the media, and other religions. Their vile record is clear. They are contemptible savages and they are doing their best to drive their country back to the middle ages. Their latest crackdown against women foreign aid workers is going to cause many innocents in their country to die and starve. They have re-instituted the mandatory wearing of full bodied burqas.

And in a surreal twist, the Taliban are apparently greatly concerned about the fate of recently detained moslem Andrew Tate, who shares their opinion regarding the place of women.

Members of the Taliban are "worried about Andrew Tate" and are "asking us if he's free yet," according to Sameera Khan, a former Miss New Jersey turned "anti-woke" journalist.

Khan said she took part in a "Twitter space with the Afghan Taliban" to "discuss the detainment of Andrew Tate", an American-British influencer who was arrested in Romania on December 29, along with his brother and two Romanian nationals, and charged with human trafficking.

Romanian prosecutors allege the Tate brothers coerced six women into producing pornography, with the alleged victims facing "acts of physical violence and mental coercion." One of those arrested was also charged with rape, though their identify has not been disclosed.

Could you even make this stuff up? 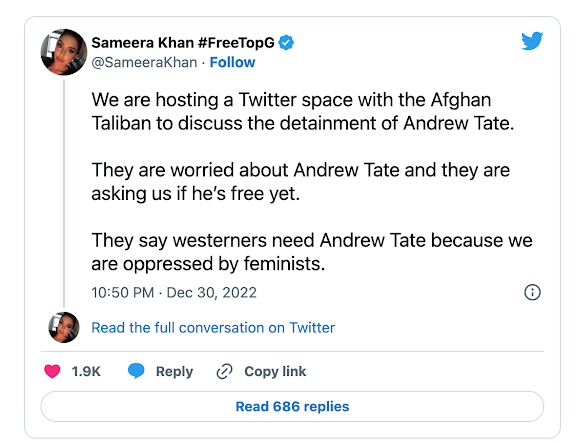 We need Andrew Tate because we in the west are repressed by feminists? I am sure that American Misogynist males and incels are greatly cheered by their new found solidarity with their Taliban brothers.
Khan is an outspoken supporter of Tate, 36, who’s been called the “king of toxic masculinity” and a “dangerous misogynist” for controversial comments that include saying women should “bear some responsibility” for getting raped.
If he gets out of jail in Romania, they ought to send him and his girlfriend to live with their new pals in Afghanistan. But they might frown on the alcohol consumption, not to mention the bare skin. 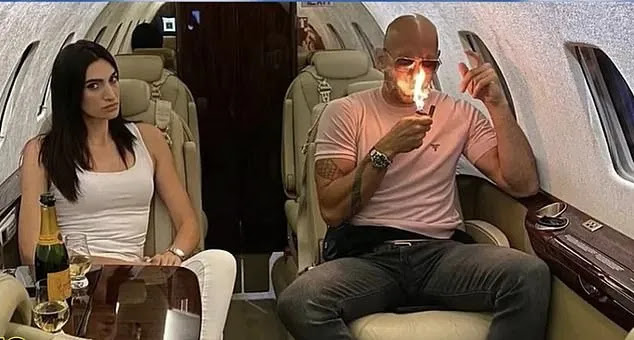