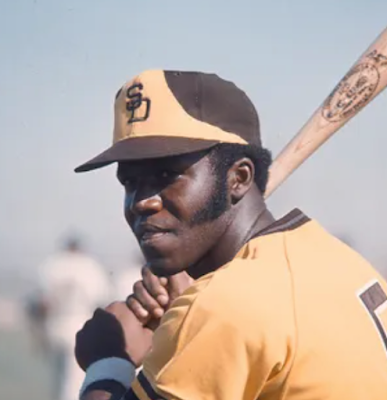 When I heard the news yesterday that longtime Padre All-Star and slugger Nate Colbert had died, the first thing I wanted to do was call my little brother Buzz.

But he is gone now too, five years gone, so I really have no one to share my sadness with.

Colbert had a serious place in our childhood. We had season tickets and watched a lot of games in the early days.

In baseball lore, Colbert is perhaps best known for authoring one of the greatest single days at the plate in the sport’s history. On Aug. 1, 1972, in Atlanta, Colbert launched five home runs in a doubleheader, tying him with Stan Musial for the most in a day -- a record that hasn’t been matched since. He knocked in 13 runs across those two games, also a single-day record, and his 22 total bases were one more than Musial’s record of 21, set in 1954.

As a San Diego native who watched the Padres when they were a minor league club and then was there for their inaugural season, first baseman Nate Colbert was a hero to me. He had the sweetest swing.

Colbert, Cito Gaston and Ollie Brown were the early centerpieces for that team. I quote from Bill Center:

There is no telling how many home runs Nate Colbert might have hit had he played in San Diego Stadium after the fences were moved in and lowered.

When Colbert played for the Padres from 1969 to 1974, the dimensions of the Mission Valley ballpark made it the largest in the Major Leagues. It was 330 feet down both lines, 420 feet to center and 375 feet to the power allies. Plus, the outfield wall was 19 feet high.

As it stands, the first baseman hit 163 homers in his six seasons with the Padres — a total that still ranks №1 on the Padres’ career home run list.

Thank you and so long, Nate Colbert. Say hello to Enzo when you venture into the great diamond in the sky.