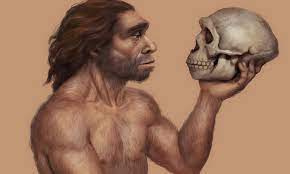 ...One of the first of many surprises in his research was to find out that the genetic differences between Neanderthals and all modern humans (amounting to about 30,000) are far less than the differences between two random human beings alive today – around 3 million. “Our job is to find out which of those 30,000 are most important, because they tell us what makes us uniquely human,” he says.

At least half of the Neanderthal genome – probably as much as 60 to 70% of it, Pääbo believes – is to be found in living humans. “Which means that in effect Neanderthals are not really extinct at all, they are in us.”