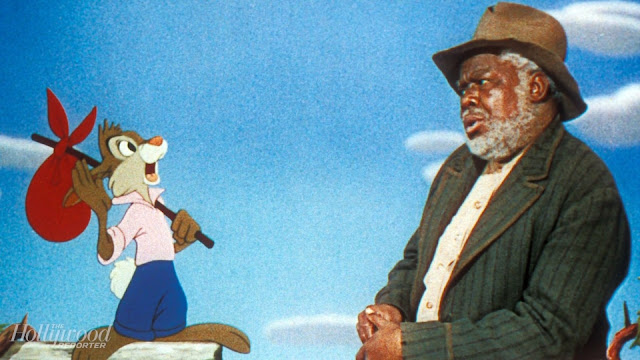 I am all for woke but there are times we should not forget common sense. The woke police have now successfully engineered the removal of Splash Mountain from Disneyland, arguing that it perpetuates dangerous racial stereotypes.

The ride was based on the 1946 Disney film Song of the South and the narrative was an elderly black man named Uncle Remus, who regaled white children on the plantation with traditional African American folk tales.

I fail to see a problem here.  I am sure that there were plenty of elderly black men who did try to teach and humanize in their day. I look at them as a force for good.

Splash Mountain now joins Doctor Seuss, Bugs Bunny and a host of other cultural icons who failed to make the grade in what now constitutes political correctness in today's hypersensitive vigilance and have been summarily thrown on the cultural ash heap.

Think about the great television we all enjoyed in the seventies, All in the family, Barney Miller, Taxi, etc. I doubt any of them would be allowed to air today with their use of dark humor and edgy writing to address cultural issues.

We are all so squeamish, tip toeing around every cultural hot button, worrying so about offending everybody over the slightest thing.

No different than Ron De Santis and the anti CRT police outlawing the teaching of race history that might make students feel bad about themselves or their race. Stop already with the revisionist history. We can all use a long truthful look in the mirror. Stop the historical whitewash. Look at people's actual intent.

Last week I read about a large jewel theft ring that was busted. The swindlers befriended elderly Asian women and stole all their jewelry and they operated nationwide. The paper said that the criminals were all deported back to Romania.

And a light went off. These weren't Romanians per se, they were gypsies but you can't say gypsy anymore in this political climate. So stupid. Gypsy or Roma have a long, and I suppose proud history as thieves and they do think of themselves as a separate clan from the Romanians. Geneticists believe that they originated in India. They teach their children how to scam and pickpocket at a very young age. You may not like to hear it but it is the truth.

What is wrong with calling them what they often call themselves? What happened to honesty?

So sad….. that we all have to forget and pretend our past never was.
I feel we’re doomed to fail

Right on good blog we are all needles and pins must not have anything important!

You left out Irish, English and Romanichal Travellers, operating not only in England and Ireland but the good ole US of A. Hittin' close to home.