Too stoned to work?

Is the use of Cannabis contributing to the problem of illegal immigration in the United States? San Diego Union Tribune letter writer Ted Hilton seems to think so. He writes an impassioned letter this morning, titled Blame cannabis use for illegal immigration.

This is a new one I haven't heard before. Americans are too stoned to want to work and illegals are filling the slacker's jobs.

Ted throws around a lot of unsupported data about pot use, specifically regarding i.q. and cognition. The truth is that serious marijuana studies have been largely prohibited in this country but when they have taken place they show that the effects of marijuana use are largely benign. And, uh, I don't remember the rest.

The idea that THC use has caused legions of lazy stoners to shirk work, seek disability and worker's compensation and contributed to illegal immigration is pretty laughable and I think unfounded. And I will write more about it, just as soon as I finish this joint and stop watching the Dobey Gillis rerun for the umpteenth time.

The truth is that millions of Americans, of all ages, are using marijuana regularly for a variety of purposes, both medicinally and recreationally and managing to live very productive and normal lives. Might even be your next door neighbors, Ted?

You probably should check their trash cans and make sure that there are not an inordinate amount of empty haagen daz containers and cheesecake boxes. I understand that it is a sure sign that there are stoners next door. 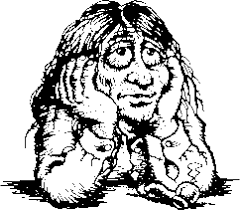