Rapist gets a pass

"The man told her that he wasn't really going to kill her, that he needed her to believe she was going to die so that he could be sexually fulfilled."

Have you read about the poor native girl up in Anchorage? Guy gave her a ride, drove her to a lake, strangled her and she woke up with the sick f*ck ejaculating in her face. What did the authorities do? Pretty much nothing, no jail time, credit for time served at home. He got a pass because losing his cush traffic controller job was bad enough, a "life sentence." Never apologized to the girl in his statement either. He assures the court he will be a better husband and father in the future.  Girl gets doubly victimized because she got in his car in the first place so she was deemed complicit, like she knew she was about to get strangled and molested? The f*ckwad Deputy District Attorney Andrew Grannik never even told the victim about the court date.


An Anchorage grand jury indicted Justin Schneider, 34, on four felony charges including kidnapping and assault, and one misdemeanor count of Harassment I--offensive contact with fluids -- for the August 2017 incident.
Schneider struck a deal with the state, pleading guilty to a single felony assault charge in exchange for a sentence of two years with one suspended. Schneider faces no additional jail time. He received credit for time served while wearing an ankle monitor and living with his family.

Because there obviously is no law against strangling somebody and then ejaculating on her face. State said that sentence was consistent with the law. Shame on Grannik, shame on Judge Michael Corey, throw these bums out of office. 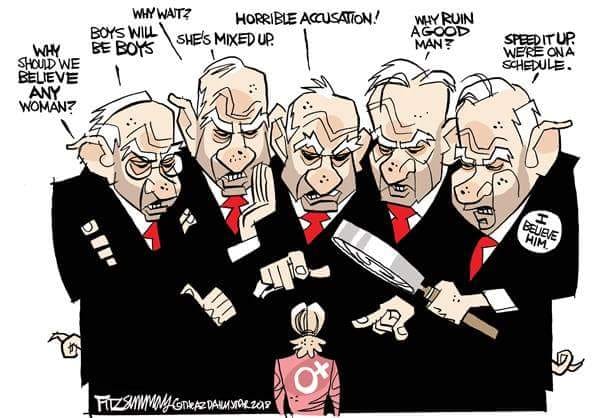 Now another story about a drunken Kavanaugh swinging his unit in a girl's face, and according to the NYT reporter, witnessed by several fellow Yalies.

I wasn't there, I don't know. But unless this guy is a victim of an incredible left wing conspiracy that reaches back to at least the first accuser's therapist in 2012 and maybe to girls she confided in during the eighties, Kavanaugh may be wrestling with a few personal demons. We will never know of course because no proper investigations will take place and no witnesses will be called.

She will get a fair and proper trial on Thursday and a hanging shortly thereafter.  The kangaroo court tribunal of old crusty white men will decide. Of course Heller, Graham, Mike Davis, Cornyn, Perdue, McConnell, Trump, they've already told you their minds are made up. Get ready for the evisceration. 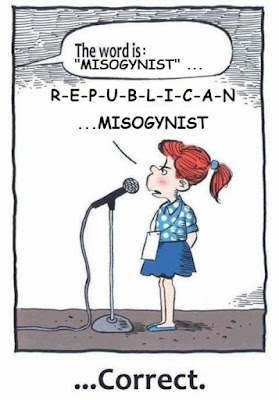 Yesterday I read a Republican woman surmise that Ford had been interested in Kavanaugh and that her advances had been rebuffed, so she concocted some wild tale. Fifteen year old with quite the imagination. But you have to wonder why his best bro and admitted fellow debaucher Mike Judge won't take the stand?

I don't know who is lying. Somebody is. But isn't it interesting that if you are a conservative, she is and if you are a liberal, she is not? The lack of nuance and objectivity on both sides? The only person who has been honest about it is Feinstein. She said that she didn't know if Ford was telling the truth and was pilloried for it for harboring some doubt. She was going to wait for both parties to speak and assess their credibility in person.

It is no wonder that women are pissed off.
Posted by Blue Heron at 12:15 PM