I didn't listen to all of the President's news conference today, my stomach was already a little upset.

But I did listen to one thing that piqued my interest:

Trump said that the Democrats' bitter fight against Kavanaugh would backfire on them in the forthcoming midterm elections and predicted that "three, four or five Democrats" would support the judge's confirmation "because they're in states that I won by 30 and 40 points and they're going to give us votes." 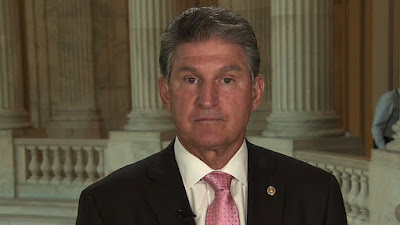 If I am Senator Joe Manchin and I hear the President say publicly that I can be bought off because I am a pussy who is afraid that countering Trump will cost me the election, I tell little mushroom head to go pound sand.

Stick that square jaw out Joe and be a man.
Posted by Blue Heron at 2:54 PM