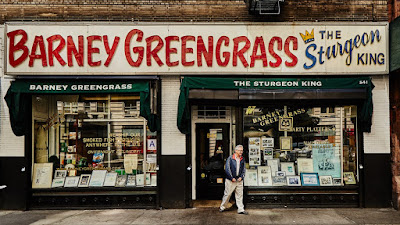 Anytime a person goes into a delicatessen and orders a pastrami on white bread, somewhere a Jew dies. Milton Berle

The tribal thing is fun to mess around with but truth be told I am the least religious person you will probably ever meet. You love it, god bless you. Not for me. I just don't think the chosen people number ever worked the way it was originally written up on paper or parchment, excuse me. Nothing but tsoris. Chosen for what? After the inquisition, holocaust and pogroms, it is a little tough for me to take it too seriously. If you ask me, I think Abraham should have been institutionalized right off the bat, for even thinking of doing his kid in.

Be that as it may, I happen to get along with most members of the tribe and share much more culturally with them than I do share any of the talmudic mishegoss. All people, from every culture and religion, certainly show that they have the capacity to be quite despicable, christian, muslim, jewish, atheist, buddhist, zoroastrian, Bobdobbsian, etc..

Witness the sainted Aung San Suu Kyi over in Myamar, it was just a short little trip from the Nobel Prize to slaughtering Rohingya and putting truth telling journalists in jail for supposedly disclosing state secrets. Or the duplicitous Netanyahu developing his latest bromance with the savage idiot Duterte. Mother Theresa probably got her kicks sticking cats in the drier or giving people indian burns. People are just no damn good.

Not that I don't think religious scripture is not beautiful and literary. It is and would be remarkably simple to churn out. I have written a few verses and it certainly ain't tough.

I wrote this on Google + the other day and alienated a couple followers. I shed acolytes like some sheep shed wool. But there's always more lost sheep in the sea. 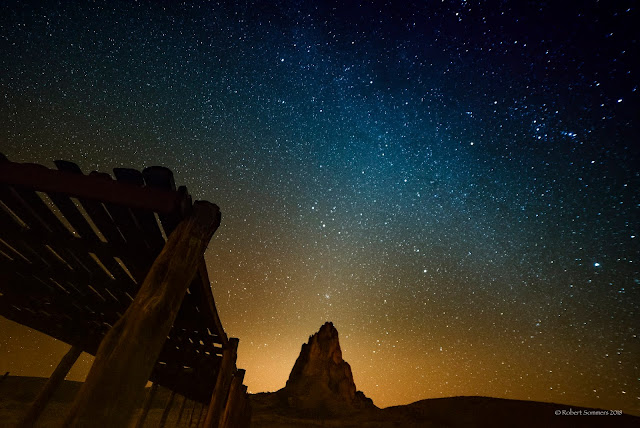 Did I not deliver you to the mountaintop, collect you from the furthest valleys and wastelands? Did I not tell you that I would watch each and every one of you  and count you in the palm of my hand for eternity like infinite grains of sand or the unnumbered sheaves of wheat? But you have forsaken and forgotten me and now you must wander the cold and barren ranges of Jupiter's seventh moon for a thousand lifetimes as penance before I will ever allow you to see your beloved earth again.

You want to start a religion and need a few parables or psalms to captivate your budding flock, you got my number, talk to my agent. I'm good. In an ungodly sort of way. 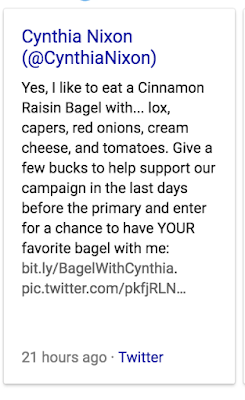 With this backdrop of blasphemy let me say that I am both horrified and amused that New York gubernatorial candidate Cynthia Nixon would order a lox and bagel on a cinnamon raisin bagel. I believe "the works," she said, as in whole megillah. The actress had been recently accused of being anti semitic and she obviously wanted to show that she could hang in our yiddeshe hood. 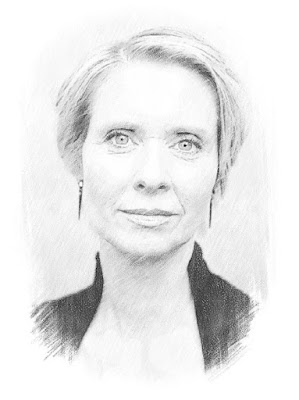 You don't order pastrami on white bread, you don't put pineapple on pizza and you don't try to get your hebraic street cred by mixing fish and fruit, I don't care what your religion or party affiliation is. With red onions no less.

That is just sick.

I've never been able to go back and eat at Pala Mesa after I tried the jalapenos stuffed with peanut butter, jelly and cream cheese that time either.

Somebody's going to hell for that. 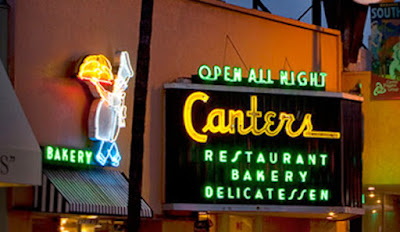 By the way, I wrote Canter's Deli a short note describing my dissatisfaction with our paltry sable, whitefish and lox platter from last week and got first a nice note, than a call from one of the Canter family.

Free lunch or dinner for two baby. They are going to make everything right. Very menschy.

A note AND a phone call from Canter's. I'd like to read the note
that prompted that reaction. Next time I feel the urge to pen
a complaint letter I'm coming to you for coaching. I took out
Italian the other day and they forgot to pack my side order
of one meatball. My phone call of complaint got me the
promise of two free meatballs next time I come in. Obviously,
I need help.

My initial note: Less than a great knosh - What a difference a year makes! Wife and I had brunch Wednesday, the fish platter. Was half the size of same meal a year ago. Mountain of lettuce, more capers than a human could possibly eat but hardly any fish. No lemon slice, one measly olive. Four bagel slices, three slices tomato, what is up with that? Ordered a loaf of corn rye, small, compressed slices that seemed like they never got baked. No flavor. Have been coming for over 55 years and this may have been the worst experience ever. Top it off, ordered two sesame bagels to take back to San Diego and got pumpernickel. Rugelach still very good.

their written reply: Greetings,
Hi Robert. Thanks for taking the time to let us know about your less than optimal experience at Canters the last time you visited us. We specifically appreciated your her humorous subject line so thank you for that as well.

One of our owners would like to get back with you and talk about your experience and give you a certificate for the next time you dine with us. Would you mind giving me your phone number so that she can give you a call?

Thank you so much,
Dena

I think Jennifer Canter called back, very sweet, said I should have started kvetching right there on the spot, said it must have been a bad day. Great attitude!

What happens when I eat a pineapple and Canadian bacon Hawaiian special? Do you think a random Italian drops dead?

No, that is how Don Ho met his unfortunate demise.