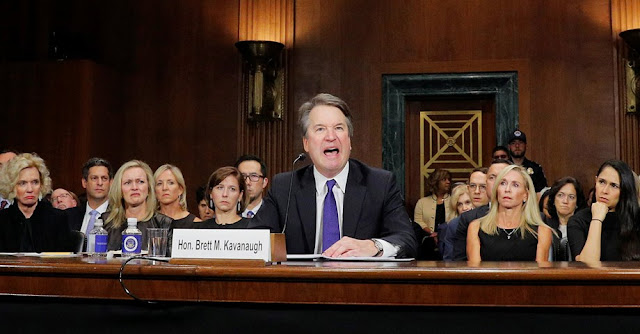 Today was a tortured bloodbath. Look at the assorted faces in this excellent photograph from NBC News. Some sad punims.

People can draw their own conclusions as to the veracity of either witness in today's hearing. You don't need my help. 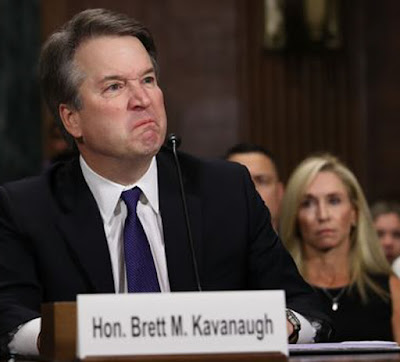 Even so, and disregarding the central question, there was a combative arrogance in the way the nominee addressed the Senators that I found disturbing. Suppose that it is some sort of latent preppie prejudice on my part.

The "how much do you drink? Well, how much do you drink, Senator?" stuff made my stomach hurt. This guy is a judge? I didn't listen to much but when Kavanaugh opened his mouth, the asshole-meter was certainly pinging. Reminded me of one of Richie Rich's crappier friends.

Of course, his life has been set on fire, a sure thing shoe-in has now turned into a public evisceration. His world is forever upside down. Didn't like answering direct questions much either. I might be an asshole too if I was fighting for my professional life. Resort to lying and obfuscation in sworn testimony to get a SCOTUS job? I hope that I wouldn't... But what did his mentor say one should do in these situations? Deny, deny deny...

I went to three different prep schools, Desert Sun, Dwight York and Walden. On scholarship. I was around plenty of rich kids. This is during serious latter day hippie times. I saw plenty of guys that would take every drug imaginable, drink like fish, screw like rabbits, even adopt a radical, leftist worldview. Died in the wool fun and party boys. But knowing well that when the clarion bell rang, they were to take their leave and depart, join the firm, maintain plausible deniability. 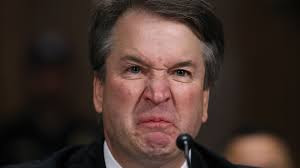 And then they would go off to college, hopefully graduate and eventually junk their tie dye costume. They would join Daddy's corporation, at the bottom mind you, something like Executive Vice President, marry a dowdy woman in pearls, rejoin the church and conveniently forget and deny any vestige of their so called "wild period." Not to mention completely disassociate from their old "bros."

I think living in this type of french cuff, button down denial, not to mention coming from a country club Montgomery County culture of total entitlement, causes certain sorts of individuals to go off in awful ways, to treat women like sexual objects, to act out their intense inner anger. Not pointing to Brett Kavanaugh here, mind you, I'm thinking of some of my past associates that ultimately turned into pieces of crap.

I have always distrusted the choir boy types. Remember the BTK killer, Dennis Rader? Member of the Christ Lutheran Church. President of the Church Council. Cub Scout leader. Killed ten people in the most gruesome of ways. Always the last one anyone would suspect. Wife never knew, kids never knew. These types are usually seriously repressed.

Kavanaugh was in fact the guy who came up with the salacious questions for President Clinton when he was cutting his teeth with Ken Starr. He has a graphic imagination, must have given it a lot of thought.

Kinky. He is really getting into this.

There will never be an agreement on who is telling the truth here in the Ford/Kavanaugh battle. I wish that Senators could have pinned Brett down on the other stuff, like why he knowingly accepted documents stolen from the Senate and used them to push President Bush's judicial nominees. And then denied it. Like he denied his role in the torture memos. Or his involvement in the Pryor nomination. And there are plenty more similar prevarications apparently. Hard to give him the benefit of the doubt on anything.

Research it. Don't believe me. This guy wiggles around the truth more than a Maryland Copperhead. I would take him at his word about his high school history much more readily if he did not have such an incredible history of lies and dissembling. Ought to be a perfect partner for Trump. If he does get the nod will there be a fitting new name for the Thomas/Kavanaugh wing? Skull and boners? 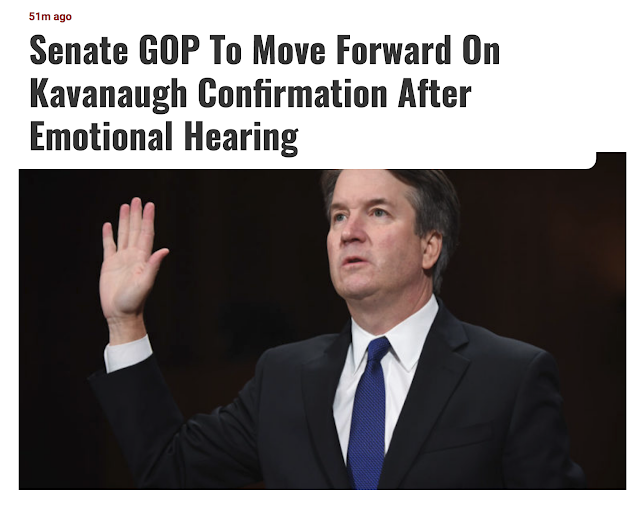 My 2 bits: I think Ford was telling the truth. I hypothesize that Kavanaugh and buddies probably drank enough to black out but the trick is, if you black out your memory is not there. So it is possible that Kavanaugh done the deed but doesn't remember it. I also worry about the piss poor temperament Kavanaugh showed today. It rather smells like the Republicans will use their (fake) anger to excuse confirming Kavanaugh. If they do, I think there will be a significant reaction from women that may cost them dearly. We will all get to see in awhile.

We are in one of those periods of no holds politicking that the US has had before in its history. Nothing new there, but it sure is stressful and it sure does suck.

Looks like someone wants to be the Jeanne d'Arc of high school beer parties. Sturm und drang about zip.

Funniest line so far: 'Harris and Booker are competing for most hysterical female senator'.

Will be quite the irony when Kavanaugh gets sworn in for life and Feinstein is sent packing.

With their display of screaming hired protests and Hail Mary 'You're a Pervert!...the
DNC has shot it's wad. And the nation saw it all. Expect Conservative rule for at least six more years.


Cryin' Kavanaugh is no longer a sure thing.

Jeff Flake's request for an FBI investigation was granted.

Another week, time enough for Boohoo Brett to take his ball and go home or be fired by Trump.

Two women v. one flake - best video I have seen in years.