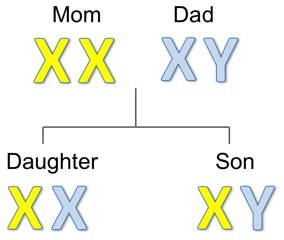 This is going to be hard. Definitely not politically correct. Might just show how ignorant I am about certain things. I need to start out by saying that I was lucky enough to never wrestle with gender fluidity or orientation issues. Can't be easy for anybody.

When I heard about a nine year old kid committing suicide recently after getting bullied for coming out as gay, I blanched. Tragic, kids can be terribly cruel.

What prepubescent nine year old even has a sexual identity that is this defined at this point? Is it possible? Forgive me for my candor, I am being honest. A young man not yet capable of even having sex being so invested in his sexual orientation.

Not to conflate but I hear these stories about very young children being raised gender neutral and their parents deciding to get them physically altered at these incredibly young ages and have to think that the parents have to be projecting some of their own baggage to their progeny in many of these situations. Hold on.

My advice, ignorant as it might be, would be to have everybody back off and wait ten or twenty years and let things shake out.  No equipment changes. Then do whatever you want to do. Initially make sure you buy round trip tickets, don't make any decisions that can't be physically reversed as life inches its way forward.
Posted by Blue Heron at 11:11 AM

Robert, I think you are a caring person but are missing what is commonly mis-understood in many of these circumstances: gender identity is distinctly different from sexuality. And while this young boy who was bullied for believing he was gay is certainly deserving of support in regard to his presumed young homosexuality, many young people and children who experience gender dismorphia are accurately relating their deep understanding of a basic conflict between their identity and the body in which they find themselves. And that is an entirely different circumstance. It does not require them to have reached puberty or to be sexually active. Young children as early as four or five often know whether they identify as male or female. And that deserves the deepest of empathy and support. I nonetheless agree with you that even though it requires a very rough period of constraint once sexual characteristics begin to manifest, it is generally a good idea to avoid surgical procedures which are for the most part irreversible until a child is at least a teenager. The problem is more a social one in those years. A person in a female body who identifies as male has to supress breasts being seen, deal with menstruation, the bathroom "she" has to use, the taunts and jibes of her classmates. Likewise, the boy bodied person who identifies as a girl must suffer the ostracism of other boys as she is different in how her insides do not correspond to the activities in which she is expected to participate. Often these kids want to start hormone therapy at the very least. And that is not necessarily a bad decision although it takes a great deal of family counseling for all in the family to get on board with what it recognizes as the first steps on a different road than most people walk down. Many parents in the last decade especially have faced the trauma of finding their child identifying as being of the other sex than the one into which they have been born. It is a very difficult circumstance to come to fair terms with for most people. It is so different from the norm and what we know. Where in previous times, a child might be forced against his or her will to straighten up and "fly right" in the body the parents saw them as inhabiting, more parents these days are exercising the courage and deep understanding of their child's difference and allowing them to dress in a gender appropriate manner which relates to the identity their son or daughter believes they are. It is so encouraging to see. This is a very tough subject. Human sexuality and gender identity are facets of all life which is much more diverse than most of us were raised to acknowledge. This is true of all living things, not just human beings. The wide spectrum of this diversity is remarkable to see and should be appreciated and celebrated, not bullied to death as the sad alternative to life's grand complexities. Who would want a garden of only daffodils, or nothing but iris? Eden may be a garden bizarre to the person who only knows roses, daisies, and carnations; but in time what is strange because it was previously unknown becomes beautiful in its own right, authentic, and unique as it should be. In time, I believe all these permutations of humanity which have previously been closeted and therefore unknown and invisible, will be seen, experienced as non-threatening, and simply another aspect of the wide variety of all life on earth.

You are right on.
I'm feeling laconic today...

I don’t pretend to know anything special about this complex subject. I do think having an appropriate mental health professional in the picture is very important to help sort out gender identity issues from other conflicts such as a boy wanting to be a girl because he believes his parents prefer girls. Outside that I think the indigenous groups that recognize five genders have it right. Most are standard male or female but gay and lesbian as well as gender shifters can find acceptance also.

Grist for the mill...