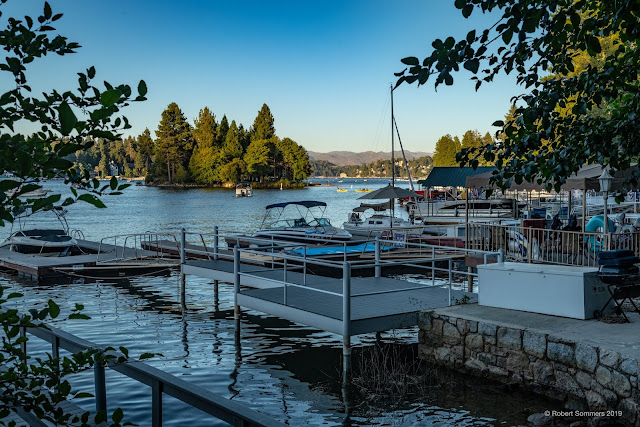 Cousin Stan and Tracy invited us up to Lake Arrowhead for the long weekend. A friend of theirs had sold her house by the Lake and offered us the use of it for one last hurrah. We had a great time together, as usual.

I had not been to Arrowhead in ages, truth be told I'm not a huge fan of the place but it certainly has its charms. But on Labor Day weekend, the place is a zoo.

The main problem for us was that the neighbors were loud and obnoxious and partying until three in the morning so Leslie and I couldn't sleep. I almost called the cops at one point but Leslie went out and put a juju curse on them and they finally shut up. Seriously.

Seems like about every available black range rovered, entitled, punkass U.S.C. brat from Los Angeles decided to join us there for this very weekend. We would walk down to the water's edge in the morning. The lake was totally crowded with boats of all kinds and ridiculously large houses like this one, with its horrid tudor lines and 22 car garage which was situated directly across from us. (And no Pat, you are not sensing jealously here, this is pure disdain.)

As I texted Barry, Lake Arrowhead, where the gentiles go to compress. 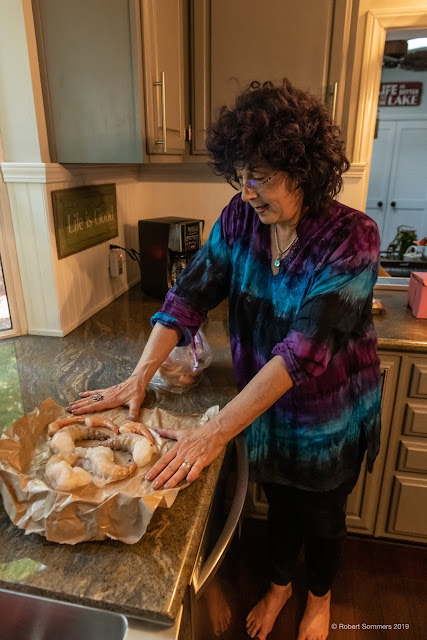 My side is still killing me so there was a limit what I could do physically. We mostly read and ate.

My wife delivered gourmet cuisine at every opportunity. Matzoh brei for breakfast, risotto with artichoke hearts and veal, fruta di mare with scallops and shrimp so large that nearby lobsters took one look at them and hid themselves in shame. 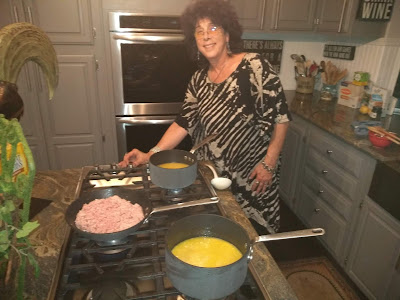 My companions had orders to clean out the wine cabinet and everybody was quite happy.

First day we drove over to the gun range and the Pinnacles, wish I could hike but I can't right now. Looks very interesting.

Didn't see a lot of birds with the exception of the lovely and squawky stellar's jays. 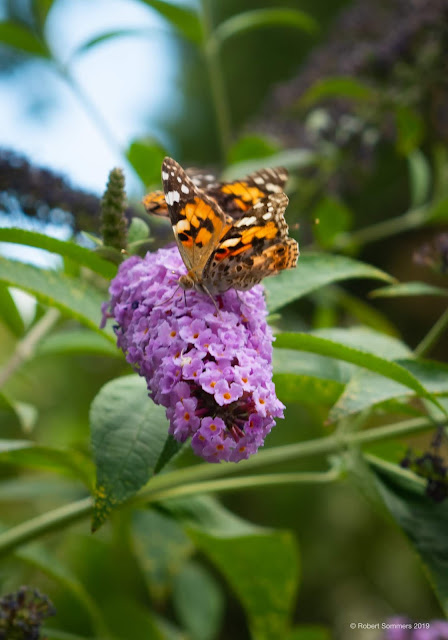 There were a lot of painted lady butterflies making the scene on the buddleia bushes in the garden.

Third day I once again felt the urge to ramble and get away from the huge congregation of humans at the lake. 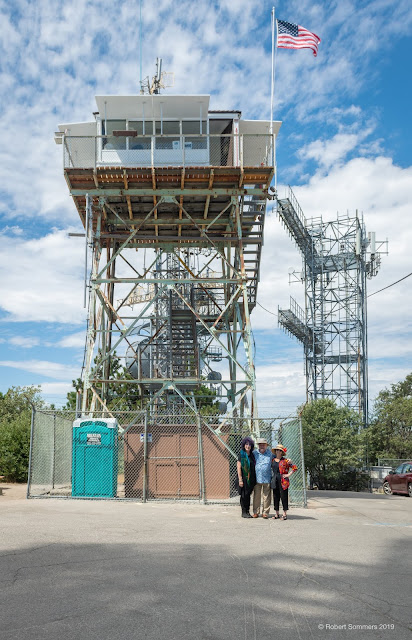 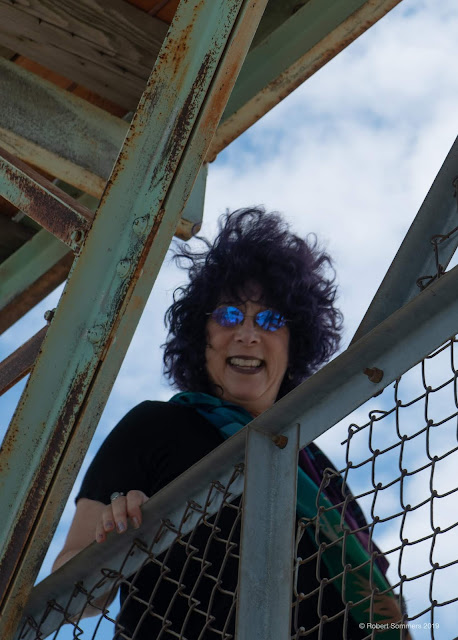 We visited the Strawberry Peak fire lookout, which was only a few miles away up the mountain. 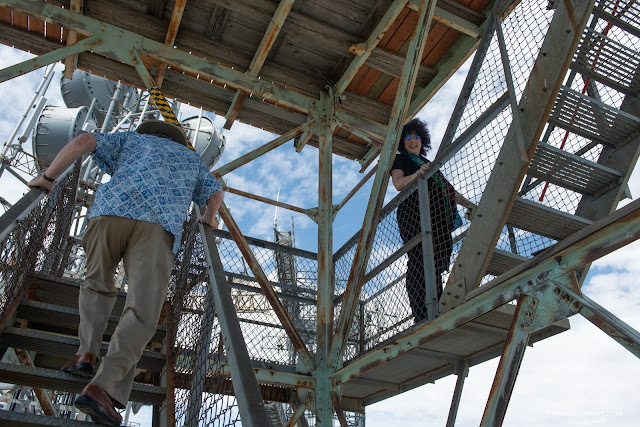 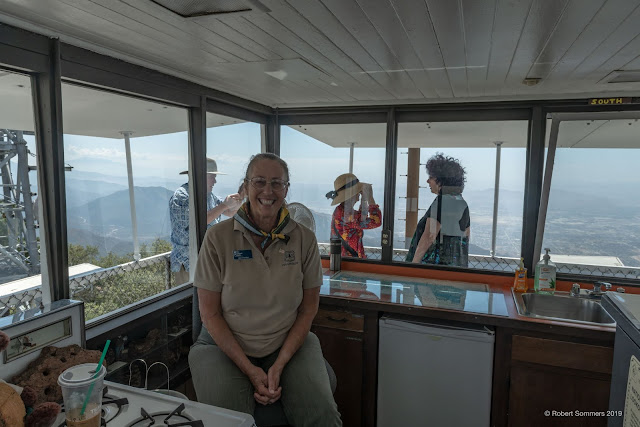 We climbed the three stories of metal stairs and had ourselves a look around. Pretty much a 360º view although it was a bit hazy. The ranger volunteers were very nice and quite conversant. 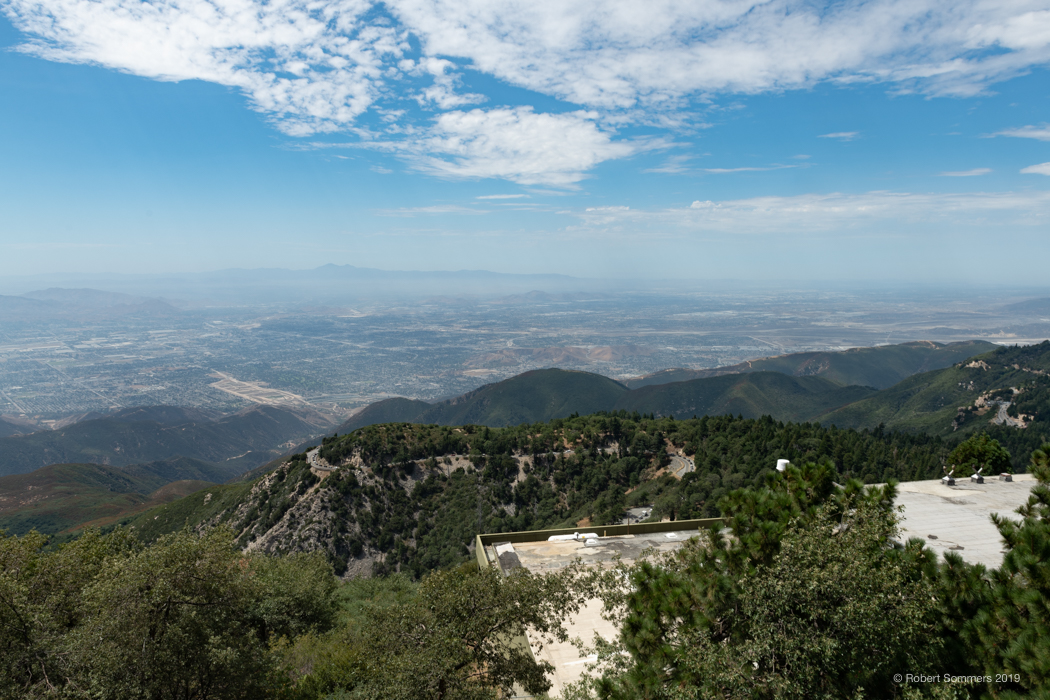 Notice the long line of cars snaking down the hill in this photograph, trying to beat traffic by leaving at midday. They didn't, we left at five and it was pretty much clear sailing. The trees at Lake Arrowhead seem to be in better shape than Palomar or Idyllwild, not quite as affected by the borer beetle. It was nice and green, the air was clean. 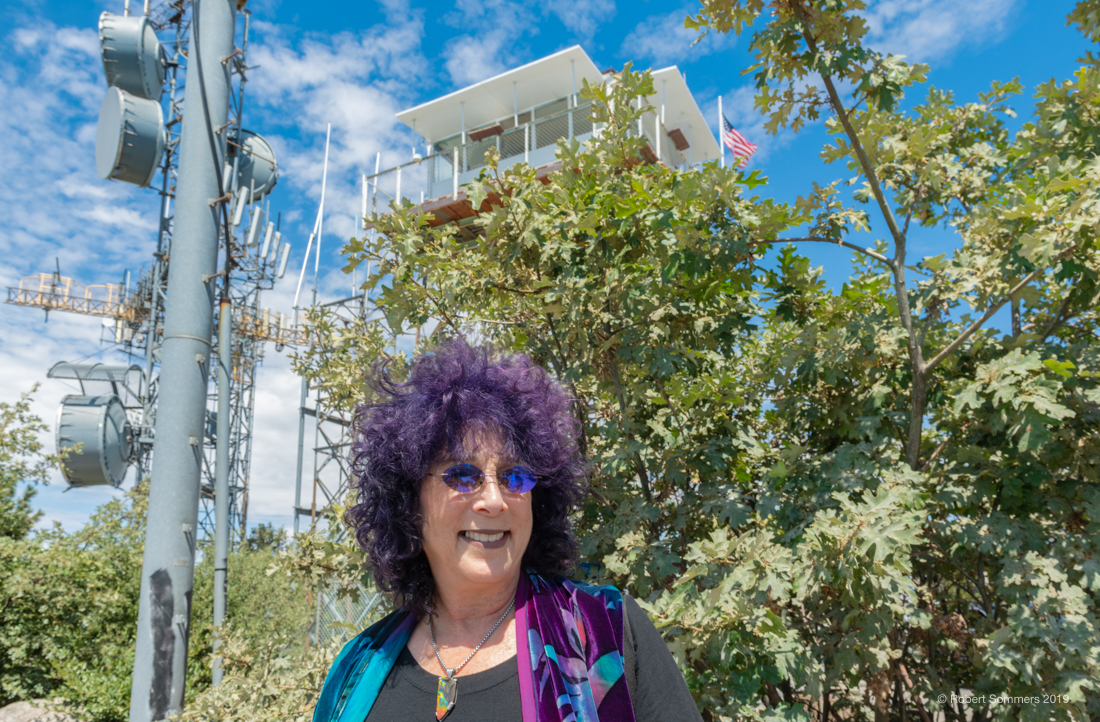 Afterwards we took an afternoon drive to Green Valley Lake and had lunch at a dive in Running Springs. As usual things got better the farther we were from the mobs. Went back for a little nap, Leslie drove us home. Can't wait for our next excursion together. 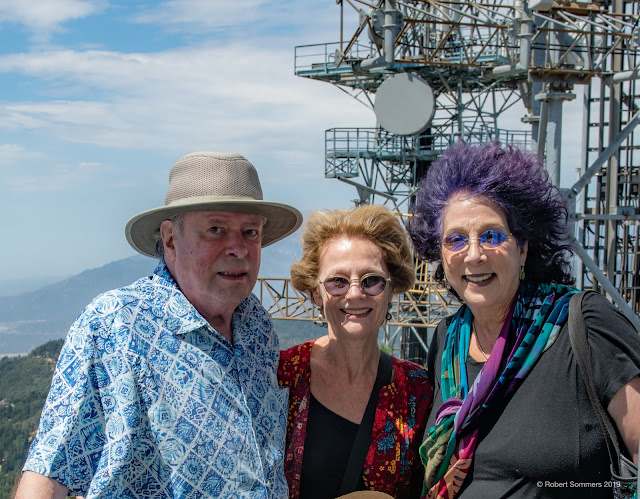