I will level with you, not like it is earthshaking news. Like many other Americans, I have been a marijuana smoker, in my case for over fifty years.

I don't smoke that often or anywhere near what I used to, but I believe that I am one of the many millions of people who both get high and got high on occasion and managed to still live respectable responsible and productive lives.

I never got into the vape thing, never trusted my ability to regulate the hit properly, always had concerns about what was in the stuff. When it comes to pot I am not very trusting.

I favor organic outdoor weed and I want to know what has happened to it every step of the way. Sun and soil. If you partake, grow your own or find somebody that does that you can trust.

Never use dabs or waxes, I've seen too many people turn into complete idiots. And if the butane isn't extracted there is a real risk of brain lesions. That's stupid.

Indoor pot has long been scary for me, growers often use heavy chemicals and fertilizers like mite spray and often don't adequately flush their product.

I tip my hat to the dispensaries that are now being much more resolute in their testing for mold and pesticide. In any case, the recent problems hitting the news about vaping do not surprise me in the least. Strangely the nasty culprit appears in many cases to be vitamin e, which is showing up in high concentrations in the cartridges and seriously damaging peoples' lungs and even killing them.

Call me old school but I am fine with the most archaic delivery system of cannabis, the tried and true joint. And I would like to share with you from my vast reservoir of knowledge regarding at least the second major component of the joint, the rolling paper.

As far as I can tell, the first commercial rolling paper was manufactured in Spain in 1703, the Pay - Pay. A century before that, a man named Alexandro Rizlette de Cramptone Lacroix saw that French sailors were bringing crude papers back from Spain to roll their tobacco in. It has been written that they were once traded for cotton and other commodities.

Lacroix formed a company that became Riz-La, another one of the earliest papers that exists to this day. This rolling paper was made from rice, which burned clean. 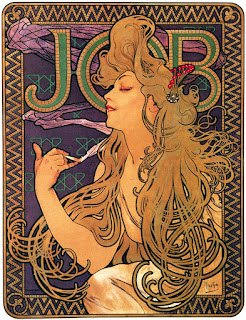 Following Rizla in France in the 1840's was the Abadie rolling paper, in its tasteful yet slightly patrician pink chintz cover. Then the beautiful Job paper appeared with their lovely art nouveau illustrations, like this one by Alphonse Mucha. 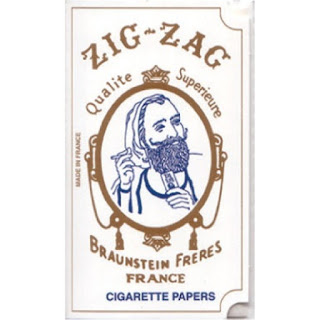 A long time favorite with its iconic cover character, a North African regimental soldier, Zig Zag was created in France by the Braunstein Brothers in 1882. This was the first paper with "interleaving" leaves.

Still found in near every 7-11 in the country, I believe that this might be the best selling rolling paper of all time.

There were many other papers of course and some have disappeared in the ash bin of history. Buglers and Tops were favored by criminals and the underclass, more of a jailhouse paper. 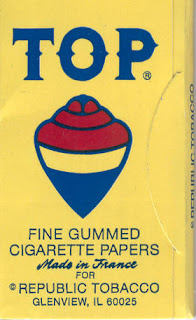 But this is all ancient history. I want to talk about my lifetime. The hippy and post hippy smoking culture. 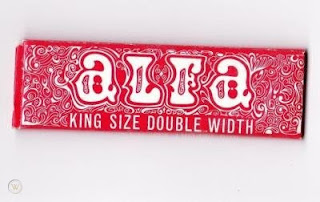 The first papers that I personally remember (having an older hippy sister) in the 1960's were Stellas and Alphas. They were heavy and over sweet. 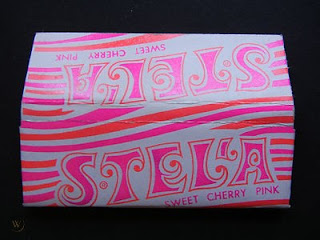 Papers of the late sixties were often colored garish pink and flavored with things like cherry or licorice.  This is prior to the "bud" era and much of the marijuana of the time was near unpalatable.

This was mostly due to it being packaged before being properly dried and cured with too much moisture in the wrap before importation. It quickly ammoniated and soured. 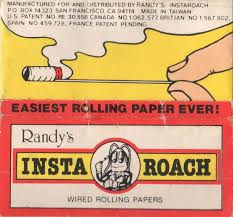 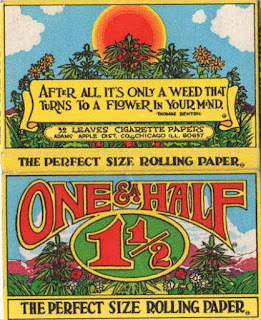 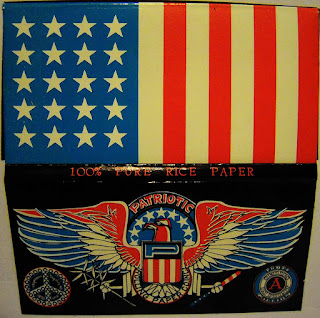 The late sixties was also a political time and American flag rolling papers started showing up as did Richard Nixon rolling papers. 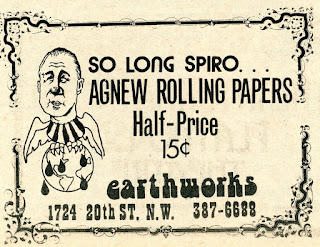 A lot of goofy stuff, they tended to be heavy papers that were harsh on the lungs. 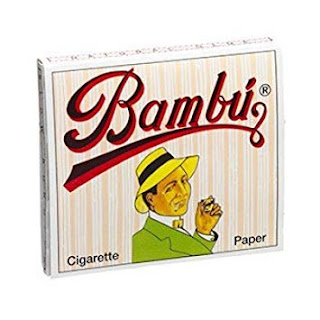 Around 1970 a new contender came on the scene, Bambu, helped no doubt by Cheech and Chong. They really dominated their time as a high quality alternative to Zig Zag for the doper cognoscenti.

Bambu were made in Spain and their rice paper was a more pleasant alternative to the wood/flax paper marketed by Zig Zag. If I remember correctly, they had a slightly squarer shape and a slightly yellower tone. 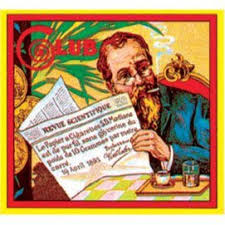 After that I remember Club and Easy Wider making a dent, the latter less so. Club was made in Italy but later production switched to Argentina. Clubs came in around the time of sinsemilla and the better marijuana renaissance in the mid seventies. The thing we liked about them is that they were the first paper to forgo the adhesive edge, which was probably a healthy move.

Club was the early "bud" smokers first choice. Losing the seeds changed everything and we needed our own paper, which was larger and lended itself beautifully to fat doobers. 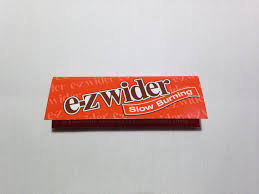 Easy Wider were also bigger than the norm and even came in rolls so you could roll foot long joints if you had enough dope and were so inclined. I remember one catchy ad slogan where they were marketed as "toilet paper for midgets." The paper was not as user friendly as Club, it was too stiff. 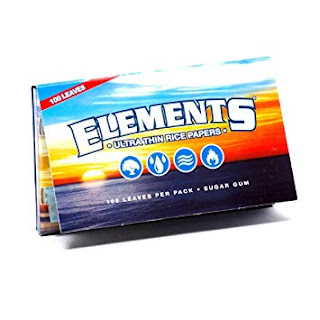 My history lesson pretty much stops here, I stopped paying attention somewhere along the way and really don't know what people are still using. I see Elements used in some of the better homes and gardens I frequent.

Not too sure about the paper du jour. Probably a new one arrives fairly regularly and everybody is doing those stupid vapes. I know many have gone to clear papers, made of cellulose material.

I will say that one of my first marijuana experiences was in Brooklyn, many moons ago, with mom's biker boyfriend Sal. Standing on the corner of Worth and ?

We bought a nickel bag of something that tasted truly awful from some "dealer" and it was a "pinner" rolled in a harsh straw colored paper. Came in a little manilla envelope. If there was any actual "herb" in the joint I would be surprised because it tasted like all paper.

And speaking of joints do you know that I once was pictured in Time magazine with me marching a twenty foot joint up Fifth Avenue with David Peel and a host of other yippies to Martha and Attorney General John Mitchell's Central Park apartment?

Hope that you've enjoyed my stoner's trip down memory lane. Please let me know what I may have forgotten on the paper trail. 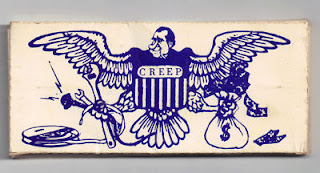 Did you ever come across Canadian Goose papers. They were colorful and had a sweetness to them.

Never saw them! Thanks for commenting.

Trip cellulose are my favorite brand of papers. Very mild, cool and clean. I enjoy a hand rolled joint the most. Best flavor and I can regulate the size of my hit.
Whether it's cannibis or coca leaves, I don't do well with concentrated products. But I love my medicinal mj and the benefits that I derive from it.

I do remember the days when we didn't have enough sense to take out the seeds before we rolled a jay, and how they used to explode when the burning tip of the joint hit them. Good times! ~ Diane O

The roaches were definitely gnarlier in the old days.

In conjunction with this ... or in addition to... you should post the YouTube of Franternity of Man - Don't Bogart This joint!

Is that true about the picture of you in Time Magazine? I want to see it!

Me too, wish I had kept a copy. It was April of 1973, I will try to search for an image if I get time. I was at the head of the march with David Peel. He asked me to play snare drum but I was a lousy drummer and declined. A very motley bunch. The guy that played drums was possibly even worse than I was. Here is a snippet about the march but I don't remember putting it on their doorstep. I just remember people yelling out for her to jump when she went out to the patio.