I'm sort of flailing around right now, free spooling, not amounting to much at all. Very hard to focus on anything. Had a myriad of tests yesterday, saw a couple doctors, pre-op, got some blood work, an ekg, sucked up my whole day and left me spent and exhausted. As well as still broke and depressed. 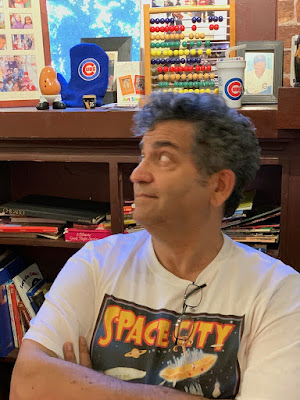 We are double tracking the bladder and the kidney and are set for Wednesday for the bladder operation. There is a possibility of losing the bladder. One of the tumors is big and in a terrible position.

I really don't want that to happen. Doctor mentioned it in earshot to the radiologist yesterday and I let out an involuntary scream of protest, "No!"

Have had cat scans, with and without contrast, as well as a renal ultrasound. Kidney problem is still difficult to read and I need to get an additional MRI to see if we can get more information.

I had always heard that you could live on an eighth of one kidney but the urologist told me yesterday that that is bullshit, you need at least two thirds of one to function. Damn. I fucking hope I am not cutting it too close.

At least the pain in my side has stopped. Probably fortunate I was in pain or I would have never detected this shit and maybe just dropped dead one day. I guess this is better.

Had a strange dream last night, had been to Egypt and received what were apparently ancient Egyptian magical power objects. My psyche is obviously trying to pull out all of the stops.

This is, as I have said, my third bout with cancer. I have learned a fair deal about the disease in the thirty four years I have dealt with it. You make an internal list, who was there for you and who bailed. Or at least I always have, petty person that I am. I swear some people must think it is contagious. Or are too busy, have too much on their plate or are emotionally ill equipped to deal. This phenomenon is nothing new.

Those are the people you possibly have to excise from your life if you get the chance. But then again you get these incredible blessings and gifts from complete strangers and everybody else so I guess life balances out. I appreciate those of you who are there for me and Leslie. Lets keep on keeping on.