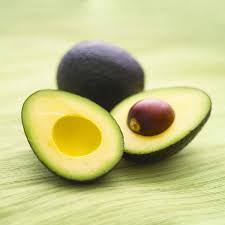 Funny article in the New York Times today. It says that in the early 1990's a chef in Australia named Bill Granger decided to see what would happen if you spread avocado on toast? Imagine? They claim the guy invented the stuff.

That is frankly hysterical. As a kid I lived on a large, old avocado ranch in La Mesa on Fuerte Drive. We were eating them on toast when I was five years old. I now live in a community named Fallbrook that has been known for many decades as the Avocado Capitol of the World. We live off a section of the interstate known as the Avocado Highway.

I am sure that we have been supplanted along the way because of high water prices but the area is still Avocado Central. Lots of production, now unfortunately mostly hass instead of my beloved fuerte. I have lived here for forty years and have grown at least some avocados here for the entire time.

They were eating avocado toast when I came here and probably at least seventy years before that. Mike Port and Marion Clemmons were probably munching on avocado toast while Teddy Roosevelt was marching up San Juan Hill. Avocado toast was standard hippie food in Encinitas in the 1970's when I lived there. With a little cheese and some Mrs. Dash Spike.You yuppie guacamole johnny come lately's need to take a deep breath and put down the crack pipe. Probably couldn't tell the difference between a Reed and a Topa topa to save your life. Journalism these days.
Posted by Blue Heron at 7:32 PM

Oh God, your piece on avocado toast is so right on.
Who knew to call it that? Just seemed the every day way to eat toast.
Skip the cheese and Dash. It was Lawry’s Seasoning Salt for my gang. 😃😃😃

As far as i know, avos (or "chodas"as we used to call them) on toast has been a staple in so-cal since the 1920s. Here in funkbrook the go-to condiment was usually Spike.

You are absolutely right, it was spike. I tried to think of the name and just couldn't pull it up.

Been eating av toast since early 50s when I was wetting the bed still. My fav food!!!!