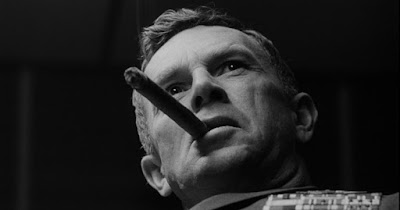 
Kupperman, appointed to his new post on Tuesday after Trump fired his John Bolton from the job, argued it was possible to win a nuclear war “in the classical sense,” and that the notion of total destruction stemming from such a superpower conflict was inaccurate. He said that in a scenario in which 20 million people died in the U.S. as opposed to 150 million, the nation could then emerge as the stronger side and prevail in its objectives.
His argument was that with enough planning and civil defense measures, such as “a certain layer of dirt and some reinforced construction materials,” the effects of a nuclear war could be limited and that U.S. would be able to fairly quickly rebuild itself after an all-out conflict with the then-Soviet Union.
“It may take 15 years, but geez, look how long it took Europe to recover after the Second World War,” Kupperman said.

There, you feel better now? I remember it well when he said that in case of a nuclear bomb, you just dig a hole in the back yard, throw some plywood and dirt over the top and you were home free. When the calculations were made over the cubic quantity of earth involved, it was literally tons and it was of course shown to be a totally ridiculous notion.

This is our new National Security Advisor. God help us.
Posted by Blue Heron at 12:35 PM

Every home needs a mine shaft now. D.O.