Conversion therapy crusader has something to say: He's gay
Well, isn't that a freaking surprise. Perhaps he protesteth a bit too much. Second helping of denial, anybody?

*
Interesting article at NPR on the heat disparity between rich and poor neighborhoods, As Rising Heat Bakes U.S. Cities, The Poor Often Feel It Most

What they don't get is that these mass shooters are nihilists, they expect and in most cases, want to die during their last inglorious blaze. This legislation will do absolutely nothing to solve any problem.

*
I read an interesting book on our weekend trip, The Great Escape: Nine Jews Who Fled Hitler and Changed the World by Kati Marton. I found it at the library, it was written back in 2006. It follows nine incredible Hungarian men, John von Neumann, Edward Teller, Robert Capa, Leo Szilard, Eugene Wigner, Michael Curtiz, Andre Kertesz, Arthur Koestler and Alexander Korda and illustrates their unique contributions to the world.

I did not know very much about Hungarian Jewry, which was secular and whose innovation seemed to largely spring from a pre war bohemian Cafe in Budapest called the New York, which was a model for Rick's in the movie Casablanca. The author points out that Hungarian is the least similar European language and that its citizens had their own particular alienation that set them apart from the rest of the world. Fascinating book. 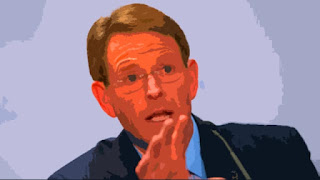 And last but not least, I would be woefully in error not to mention the latest broadside from Tony Perkins of the Family Research Council.

The reason people are engaging in mass shootings is because the liberals are teaching evolution in the schools. Evangelical Leader Claims Teaching Kids Basic Science Causes Mass Shootings

Tony seems to forget that they are teaching that damn evolution business in schools all over the world and no one else has a shooting epidemic like we do here in America.
Posted by Blue Heron at 10:02 AM

Headline in the NYTimes tomorrow...."End of the World At Hand...Minorities and Poor to be Hurt the Most".