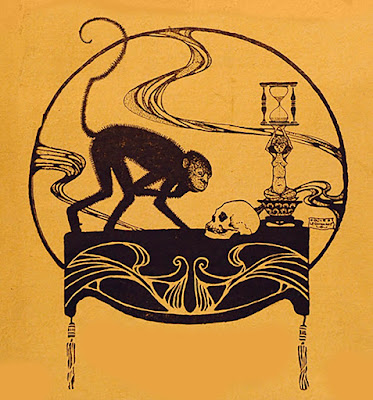 I don't want to go off too deeply about politics, there are plenty of places you can find it if you choose. But I would like to point you to this article in today's National Review by Jonah Goldberg.

He points out the most inane facet of the Trump spin on Ukraine, the supposed desire to ferret out corruption in foreign countries.


We’re supposed to believe a president who has never shown an iota of real concern over corruption in China, Egypt, Russia, the Philippines, North Korea, and elsewhere is upset about the one corruption story that coincidentally touches on the potential Democratic opponent who’s crushing him in the polls?

I thought the same thing, oh now Trump cares about corruption. Since when?

It is easy to see how the pressure was applied to Ukraine, the smoking gun is still sitting there, smoking on the memorandum. But not according to Lindsey Graham or Doug Collins or Jim Jordan, there can't be a quid pro quo because the squeeze was performed so artfully and he never overtly said "You want your cash you will play ball." Most mob bosses are too smart to do that. Trump certainly is. And of course, this is all redacted summaries from third parties. Have to wonder if the phone call is on tape and what was really said.

A letter from the Pentagon surfaced today that is interesting:


A newly uncovered letter from the Pentagon debunks one of President Donald Trump’s excuses for delaying aid to Ukraine in late July.

On Monday, Trump suggested he had withheld the aid to Ukraine only because he wanted to make sure the funds weren’t going to a corrupt government.
“If you don’t talk about corruption, why would you give money to a country that you think is corrupt?” Trump said.
But a letter from the Defense Department sent to Congress in May, first obtained by NPR, shows that the Pentagon had “certified” that Ukraine had taken sufficient measures to combat corruption and was therefore was eligible for aid–before Trump’s call.
“On behalf of the Secretary of Defense, and in coordination with the Secretary of State, I have certified that the Government of Ukraine has taken substantial actions to make defense institutional reforms for the purposes of decreasing corruption, increasing accountability, and sustaining improvements of combat capability enabled by U.S. assistance,” wrote John Rood, the Undersecretary of Defense for Policy.
On Tuesday, Trump had changed his excuse for delaying the aid, telling reporters he had done so because he wanted “other countries to put up money.”

Guy can pivot on a dime. So he told the Ukrainians he needed to root out a corruption problem in their country that had been cleared by our experts back in May and in the Ukraine two years ago after an investigation. Then he conveniently changed his story when things got a little hot and said the money was being held up so other countries could contribute. And Republicans still believe him?

I like National Review because although it is a purely conservative magazine, most of the contributors have enough integrity to call a spade a spade and not bullshit around with the spin. All of them except for Rich Lowry anyway. And I may rarely agree with David French or Williamson, but they always make a coherent intellectual argument. It is one of the few right wing websites that doesn't march in constant lockstep with Trump. Jim Geraghty also had an interesting column today.

*
You just know that there are a lot of Republicans and conservatives who loathe our unprincipled President but won't say anything because he is mostly following their agenda and if you speak up you might get your head chopped off and sent to Siberia. They are all in for this guy.

Who will speak out against the orange one now that he has taken over the G.O.P. besides Romney on occasion and John McCain's widow? Sasse has been shut down, Susan Collins is basically worthless, Flake is gone. Graham likes to plant fat kisses on his behind.

And campaign flack Brad Parscale is in a frothy wet dream about a continuing Trump dynasty, hope it's one of the younger kids they're grooming and not Ivanka, Eric or Junior. Tiffany seems cool.

Anyway, one day this bad dream will be over and like rats scurrying off a fiery barge, Trumps' sycophants and enablers will crete as much space as they can, disavow any political connection to him and try to pretend that everything can now return to normal order.

And they will agree that deficits are bad, and clean air and water are important, that America is a land for every color and creed, that you don't cozy up to foreign dictators, that there needs to be legislative oversight, don't believe foreign powers should interfere in our elections, don't think Presidents should have the right to elicit aid from foreign countries in order to dig up dirt on their political opponents and that we need to impose some limits on executive power, well, if a Democrat is elected anyway. And pretend that they still have moral values and principals and that we the American public won't remember their names, their perfidy or their treason or really are just too stupid to care.
Posted by Blue Heron at 3:56 PM