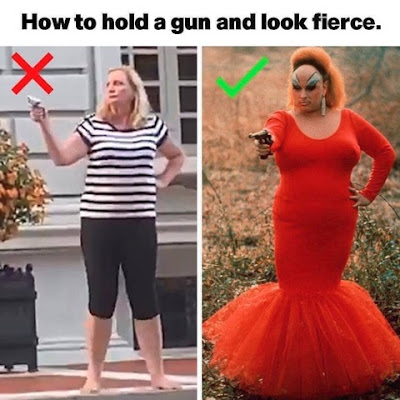 I am mentally and physically exhausted. I have had a lot I wanted to write but like an errant bird, the opportunities seem to fly by me now and right out of my grasp before I can commit thought to paper or keyboard.  Guess it is okay because things are so heavy and nasty politically right now, why work yourself into a tizzy and get apoplectic? There will always be an equally compelling and horrific outrage tomorrow. So I guess it is best keep your powder dry.

Because I am pooped I am going to resort to a device that I used to employ, one which Ken in particular dislikes, the big run on paragraph. No research required or allowed, just pure shpiel. Here goes: I hate the fact that the right wing "boogaloo"  contingent intent on a race war in this country has adopted the Hawaiian shirt as its signature trademark. I have the best Hawaiian shirt collection of anyone I know and would hate to think I get confused with those a-holes. Would leave them in my closet but it's pretty much my whole wardrobe * Trump wants to kill Obamacare in the middle of a pandemic. Brilliant. He says that we will have a new and better plan that will respect pre-existing conditions. It is funny, he said the same thing three years ago when the GOP controlled all three branches of government and both sides of congress and he and his cohorts couldn't agree on a thing or make the numbers work. And now they will, with a Democratic house? Right. And I have a bridge to sell you. * Betsy DeVos has to be so happy that she can now finally use my tax money to fund her private religious schools and siphon off money from the poor public system. Bring on the Christian Madrasas. * Susan Collins is really sweating and cutting a fine line now that her boy Kavanaugh has joined the dissent in the Louisiana abortion case. You know, the justice who swore he would respect stare decisis and existing precedent. Let's face it, making it impossible for doctors to acquire admitting privileges so that they can perform abortions is tantamount to outlawing abortion.  They call it de facto. Conservatives pay a lot of lip service to originalism and textualism but the reality is that they are always playing a result driven end game in the culture war. You don't like abortion, don't get one. Women are perfectly capable of making their own moral choices. * First the Trump Administration said they were never briefed on Russian bounty gate, then they said the information wasn't credible, than they said there was no consensus between the intelligence agencies, than they found out it was in the daily briefing a year ago and now they say that maybe the orange one didn't read it. If John Ratcliffe did not brief the President he should have and should be fired. But don't be surprised when we find out the Trump knew everything the whole time. Didn't want to cross his masters on the Volga. I still think the Russians have something really big on him. One day the whole Kremlin, Saudi, Deutschebank saga will be displayed before our eyes in living color and we can figure out how our country was commandeered by a Russian plant, a Manchurian candidate from Queens. * Netanyahu and Israel have been playing a double game on the Palestinians for a long time. The annexation of the West Bank shows what they really think about peace, a plum for their religious constituency that believes that god promised them all of the real estate in the area. Netanyahu is cementing his gains before his orange crony gets booted out of office * A little over a month ago the R number at Rt covid was below 1 for all but four states, we have now backtracked to where 34 states are now over the safe mark, many undergoing dangerous spikes and increasingly full hospitals. I get daily rejoinders from my supervisor that it is time to open it up. I wrote back "We'll open it up if it kills us." Literally.
Posted by Blue Heron at 8:06 PM