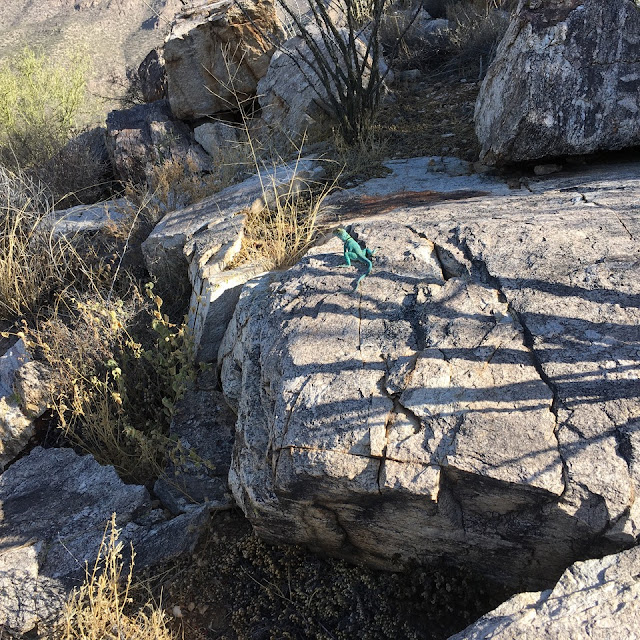 Terry DeWald sends over a photo of an eastern collared lizard.


Robert,
I spotted this male Eastern Collard Lizard on my morning hike and step by step crept up on him with my old iPhone.  I am always amazed with their color.  They are able to run up to 15 MPH on their hind legs and have huge appetites, devouring other lizard species.  They’re known as the T-Rexes of the Sonoran Desert.  ... an exhilarating sight that slowly changed to halcyon as it remained in my mind the rest of the day.
Terry

What a cool looking thing! Thanks, Terry. 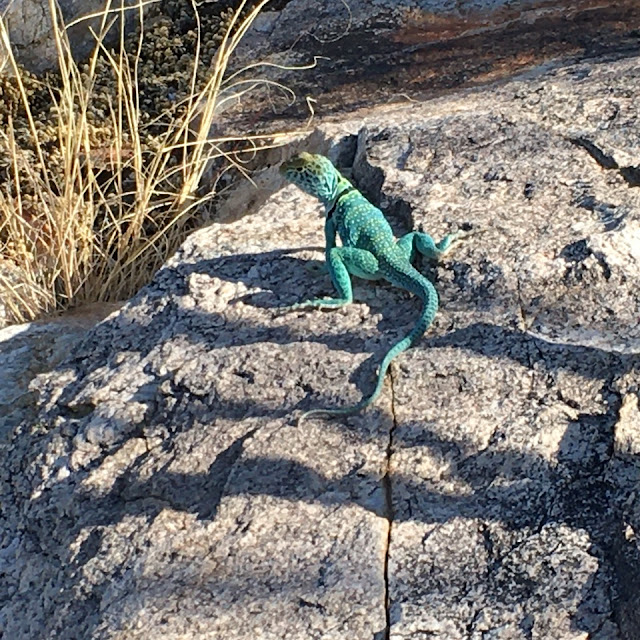