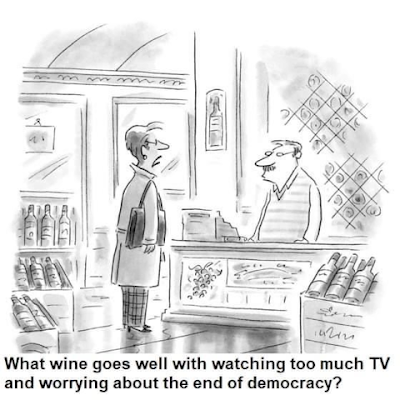 News out there is pretty grim. No getting around it. But I don't want to take a dirty bath in it right now, will just touch on a couple things.

I watched an interview with some young people at the recent Trump rally held at the church in Phoenix.

The interviewer wanted to know why they weren't wearing masks (he was) during the event?

And this young girl said that he was a hypocrite, why wasn't he asking the same question of recent George Floyd protesters?

And I thought to myself, what in the world does that have to do with your personal health and safety, why would you jeopardize your health because some other idiot was jeopardizing his or hers? Doesn't make much sense.


“There is no second wave coming. It’s just hot spots. They send in CDC teams, we’ve got the testing procedures, we’ve got the diagnostics, we’ve got the PPE. And so I really think it’s a pretty good situation,” said Kudlow, director of the National Economic Council and chief economic advisor to President Donald Trump.

The other thing is this false narrative that is coming out of the White House in the last few weeks. Larry Kudlow was indulging in his own patented line of bullshit when he said that there would not be a second Covid -19 wave.  If there was a hotspot flareup, we would send a targeted strike team in and deal with it pronto.

Are you going to rope the little critters?  Them microbes are pesky. Why not be honest, Larry? Your strike team will accomplish bupkis.

There is no vaccine or cure for Covid 19 at this time, it is spiking dangerously in many states around this country, including Alabama, Arkansas, California, Arizona, Florida, Texas, North Carolina, South Carolina and Tennessee. The CDC and all the experts in the world are helpless to do much of anything against this opponent while we wait for the scientists to come up with something real. Not some dopey politically expedient cure like drinking bleach or the phony malaria drug.

Seven states are now reporting the highest hospitalization rates since the start of the pandemic. ICUs in Texas are 100% full. And much of the damage was self inflicted, with people like Ducey carving out exemptions for golfers and hair salons and a President who wants to slow down testing because it makes him look bad and who refuses to wear a mask and to respect a quarantine. Trump is pushing for a big re-opening because his own fate is now tied to an economic revival, regardless of the toll in human life. And his supporters have been inculcated with the idea that it is all a big hoax.

In fact, there are only four states currently predicted to reach containment; New York, New Jersey. Connecticut and Massachusetts.