Don't tell me there are no sour grapes.

David and Barry were remarking that I had this singular capacity to undergo major crises but then always manage to top it off and ease the pain with a good meal. Good call. Time to talk a little about food. I went to Evergreen Nursery looking for geraniums the other day.

They had two left, too big and not in the colors we want. Turns out they come from Brazil and Brazil is knee deep in their own troubles these days so they can't get the plants. But I made due. A little down the road, on College and Oceanside Blvd. is a really nice little Vietnamese French bakery, Le Rendez-Vouz. I picked up a couple almond croissants. My second visit.

Alex told me about the place. He said that I had to try the Banh Mi sandwiches next door at Yummy Pho. The bakery makes their bread and so it is pretty close to perfect and authentic. I had a sandwich, with sweet char sui pork and it was good as advertised. Owner came out and thanked me for coming. Very nice. I will be back.

I got about 150 emails from you folks and I can not thank you enough! I have tried to answer everybody but I know that I have missed a few. Thanks so much! Many of you suggested I go out for a nice meal to celebrate. Leslie and I decided to do just that and treat ourselves to sushi yesterday. We went to her favorite place on Nordahl during the noon hour, Umai Sushi.

We get there and there are about five people at tables but they tell us that they can not serve us. They have no servers. Well, really, how are all these other folks getting served? No big, we will go elsewhere if we are not wanted.

We walked a few doors down and entered Manna Korean Barbecue. All you can eat. It is part of a small chain, I had eaten at the one on Convoy when it opened. We love Korean food and it was great yesterday. We had a very excellent server too, Don, quite helpful. We had the cheaper all you can eat menu but nailed some really excellent dishes. Like this butter and rosemary marinated pork steak. Delicious. 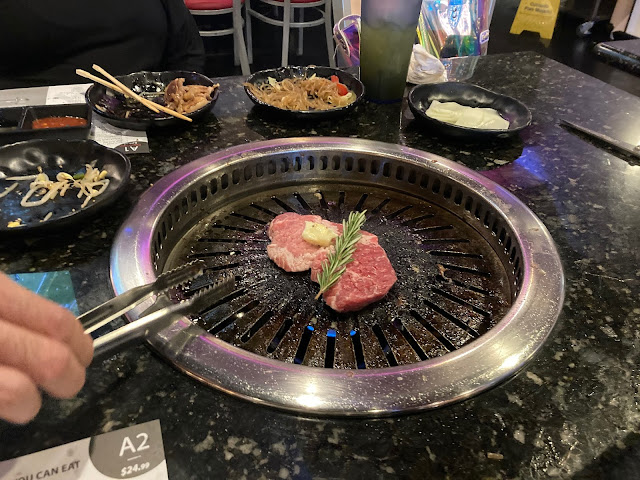 We gorged, so many delicious sides, had an excellent meal. Afterwards we went to Leslie's chiropractor in Vista for a quick adjustment.

I noticed a big market and suggested that we stop and check it out. She was game. 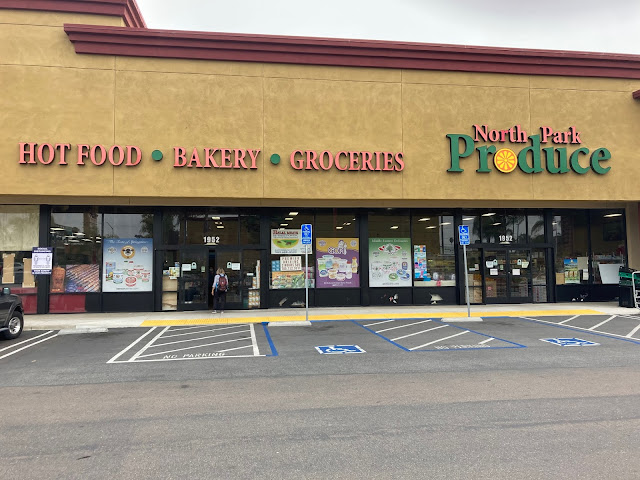 Oh my. North Park Produce and International Market. Owned by an Iraqi, this place has to be the best middle eastern supermarket in San Diego. As you probably have guessed, my wife and I love trying foods from different cuisines from around the world, we are quite adventuresome eaters. 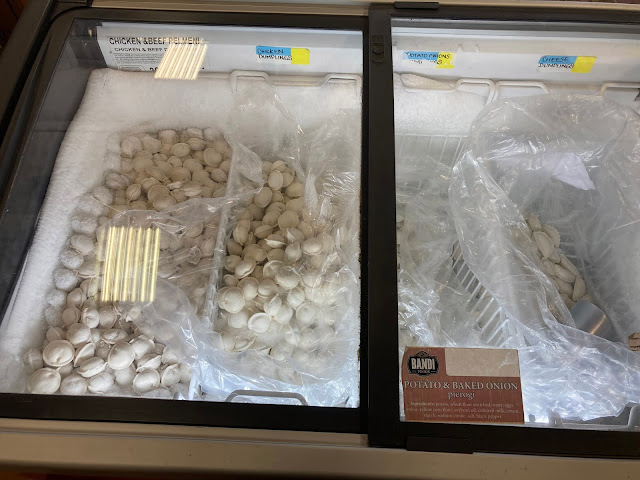 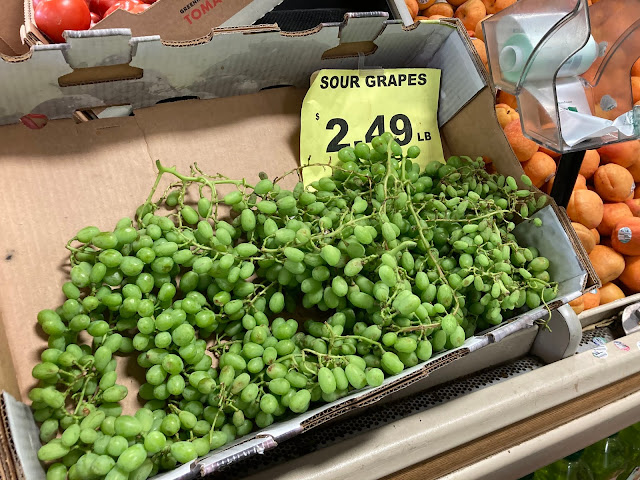 Place is well ordered and halal, we will definitely be back. Lots of things you have never seen and will probably never see anywhere else in these parts. I wasn't that thrilled with the produce but everything else was a wonder and the frozen food cases have to be seen to be believed. 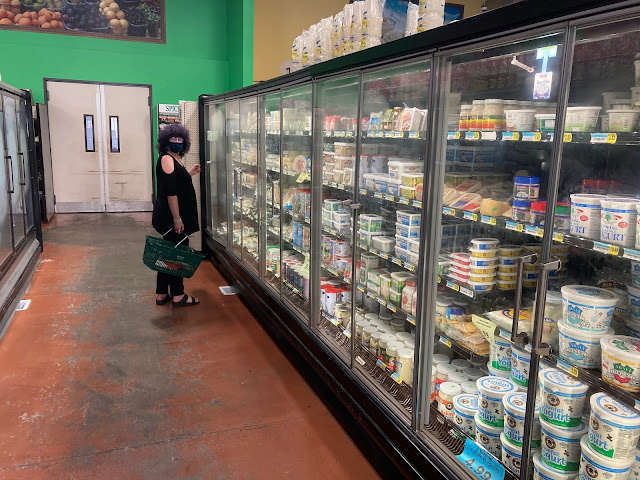 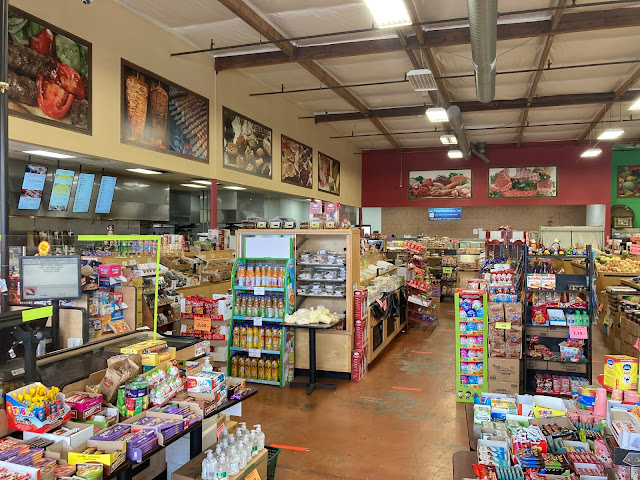 The deli counter is pretty cool too. 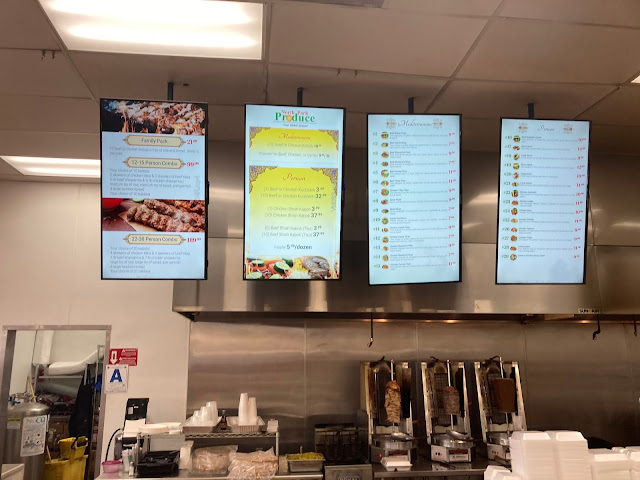 Traipsed over to Ron and Lenas' and had ourselves a delicious but socially distant spread. 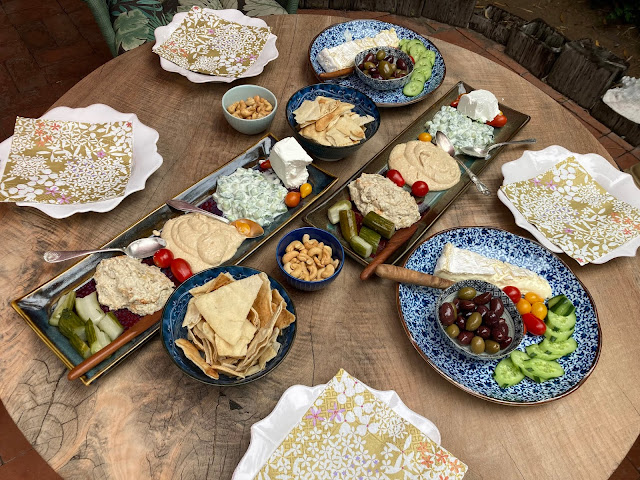 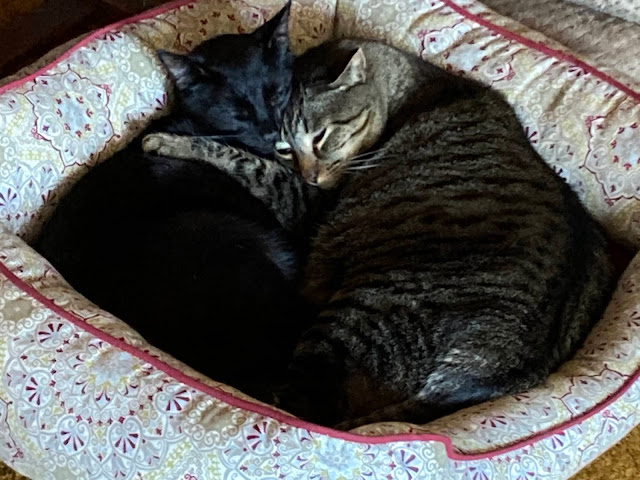 I read the other day that men with cats have a harder time getting a date. Another reason to be glad that I am hitched. I don't think that I have ever introduced you to my two buddies before, Nico and Tiger.

Very enjoyable story. Will have to try the Korean place when things improve.

Sometime go down to El Cajon to Harvest International market - sister the one you went to. The orientation of the El Cajon market is Syrian and Iraqi. Food are a little different than the Persian offerings. Also the big pottery place is down there Planter Paradise. Fun to visit and they have a large assortment of bird baths: 1146 E Chase Ave, El Cajon, CA 92020.

Hello to your cute babies!. I didn't know you had cats.
Barbara

Those plates of Middle Eastern food look scrumptious. We miss a similar place in northern Virginia that we would go to when we lived in DC.

Such good food in these places and possible to put little amounts with a great variety on the table and nosh out!