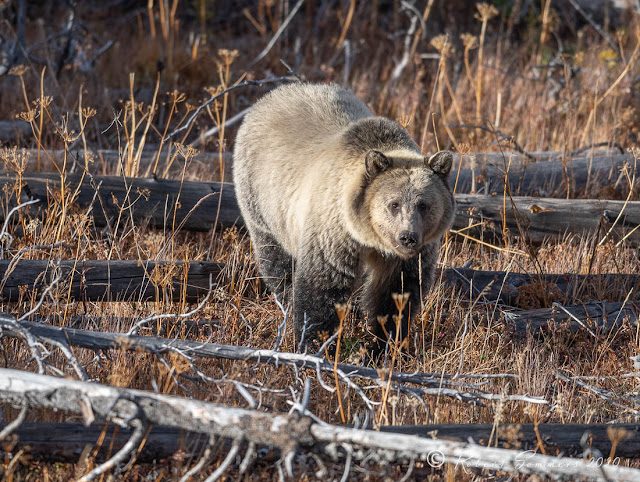 You macho men and women out there that want to shoot defenseless bears and their cubs in their dens. You get your kicks killing large mammals for trophies? Well, you are now in luck in Alaska.

The feds have rolled back hunting regulations in Alaska. You can now hunt black bears, including cubs and sows with cubs, with artificial light at den sites.

You can now bait black and brown bears too.

You can also decimate whole packs of wolves and coyotes, including pups, during the denning season.

You can now murder caribou while they are swimming. I don't know why you would want to, you might even get wet, but obviously my puny brain can not penetrate the deep recesses of the mind of the great caribou hunter.

You can also now hunt caribou from a moving motorboat. That sounds very sporting.

But that is not all.


Separately, the Fish and Wildlife Service said in its statement Wednesday it will propose changes affecting rules for the Kenai National Wildlife Refuge.
The changes at the refuge, the most-visited in Alaska, would allow:
• State-regulated harvest of brown bears at registered bait stations.
• State-regulated trapping.
• The discharge of firearms along the Kenai and Russian rivers from Nov. 1 to April 30, in accordance with state law.
• Increased access for people using snowmachines, all-terrain vehicles and utility task vehicles on certain lakes for ice fishing when there is adequate ice cover.
• Increased access for the public using bicycles and game carts.

Looks like you hunters are in like Flynn. Mike Flynn. You can now scoot from previously criminal behavior courtesy of the current administration. Have a ball, sickos. Bait, blind and butcher to your heart's content. 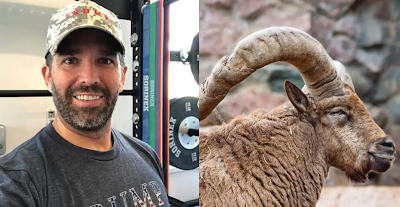 On a separate note, looks like we Americans have underwrote Donald Trump Jr. to the tune of about seventy six thousand dollars so that he could kill a Mongolian sheep.

Needed a lot of Secret Service protection, obviously those sheep are quite mean. Sounds like money well spent. Now if we could only arm the sheep.

*
Officer fired for refusing to shoot orphaned bear cubs gets his job back.
Posted by Blue Heron at 5:21 PM

Everything in Trump’s orbit - business and family - pollutes the world. Pure evil, no other name for it.