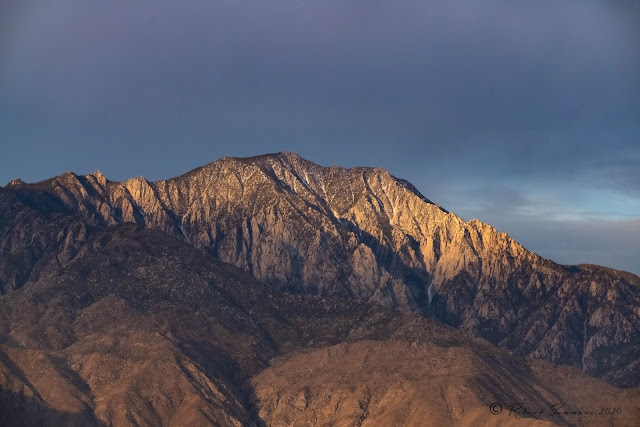 My god, so much has happened. Four or five days and everything is on its head again. Just getting out of the plague thing and we now get to segue into rioting and insurrection. What's next, multi armed invaders from space?

The fearless leader just back from what he maintains was a quick bunker inspection. I am not quite sure if it smacks more of the French Revolution or the Führerbunker? Maybe Czechoslovakia, 1968? Do we get tanks, a guillotine or a cyanide pill? Doesn't feel like it is going to end real well.

So a quick couple thoughts before I go back to birds. You may call me a pearl clutcher but there is never a reason to damage other people's property that you don't even know because you are angry. They don't deserve it, they don't have it coming. Hurt people that have it coming if you must and feel the need to. Not innocent people who are not part of your movie. That is what petulant children do. Your legitimate message becomes completely lost when you resort to the chaos card.

I have a friend who just boarded up his store. We are supposedly getting a demonstration tonight here. I hope that I never need to board up mine. I guess we will see.

*
EPA limits states and tribes’ ability to protest pipelines and other energy projects.  The right is perfectly happy to protest the second amendment and the freedom of religion, to advocate for an abortion ban. Hell, you can even bring your heavy weaponry. But god forbid you say anything bad about fossil fuels or pollution.

*
So enough reality. Last time I checked in we were smoking fish. 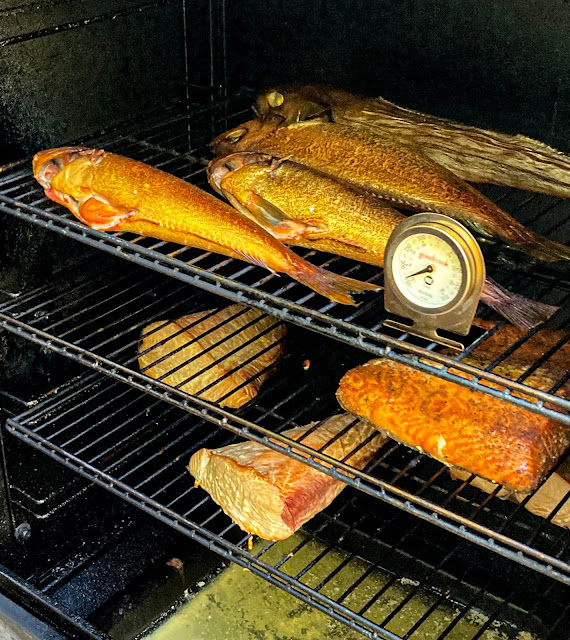 We smoked over cherry wood.

Brian and Sandra know what they are doing.

We had ocean whitefish, which is similar to lake whitefish but not exactly the same, taste wise. Moist, very good. 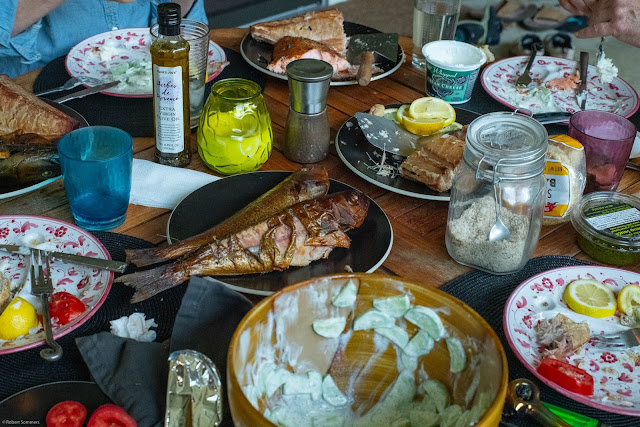 Wahoo, which we took off the grill first. Unbelievable. I have only had it oversmoked and tough. Will never be able to eat the commercial stuff again. This was juicy and perfect.

Salmon. They dry brined it and it was superb but we needed more. 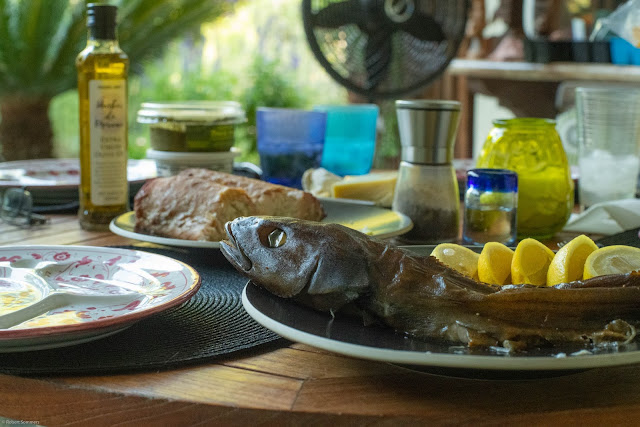 All in all it was quite the feast. Very casual. Leslie made a cucumber salad with dill. Bagels and cream cheese. A perfect feed. Many thanks to our gracious hosts and kudos to their beautiful garden. And we divvied up at the end, a lot left over. 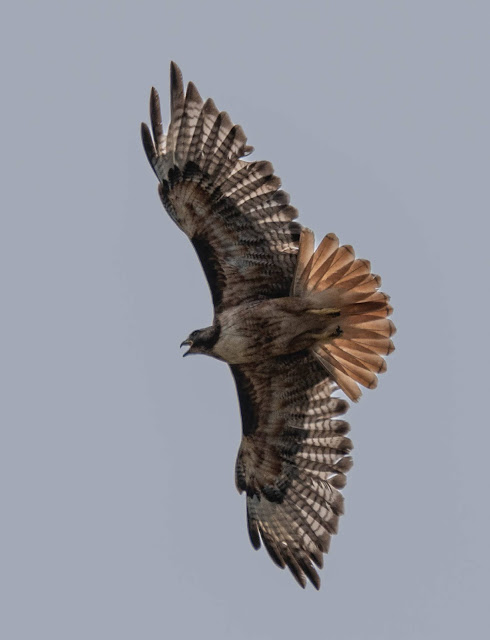 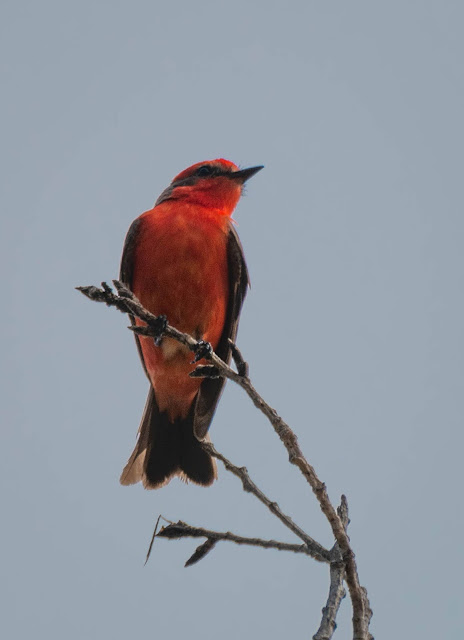 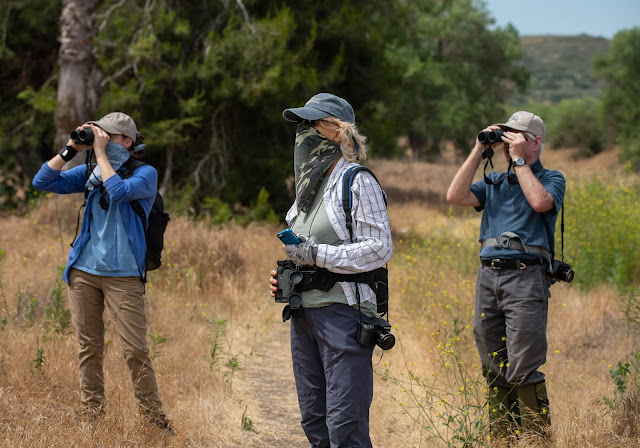 All three of these birders are pros and I have learned a lot from them. Vast auditory library, so impressive. You can see my pictures here on ebird. I missed some shots and made some shots but had a great day nonetheless. Love them or hate them, feel free to rate them. 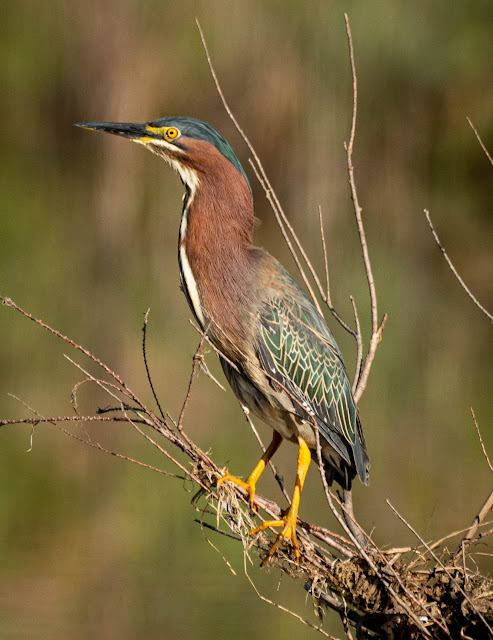 We saw some lovely birds, including this green heron.

Pushed it a little too far though, we were supposed to be in Desert Hot Springs at three and I was late and we didn't get there until almost six and there was a curfew and some cops in the streets. But we made it. 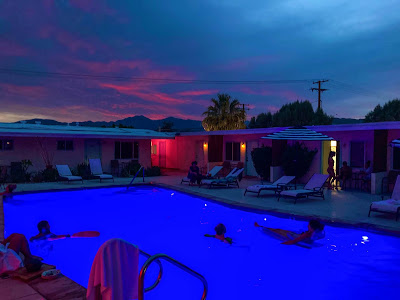 A cannabis friendly spa, the O. It was nice. A little loose in spots, could use some tightening up, but nice layout and design. we were approximately thirty five years older than anyone else there.

We had reservations to a cheaper place but they had called the night before and said due to Covid, no pool or spa and that was not going to work and we cancelled.

Water was great, we were in the jacuzzi past midnight. I would definitely stay there again. The music was annoying, lots of seventies and eighties yacht rock.

I got up at five o'clock the next morning and drove out to the Big Morongo Canyon Reserve, about twenty minutes away.

Morongo and the adjacent Covington Park sit on an old native village that was in turn later homesteaded in the 1870's by a family named Warren. Lots of big trees and a flora and fauna combination that may not have a corollary in Southern California.

But I got to the gate and saw this. 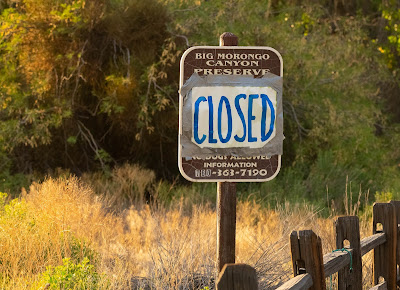 This was a bummer. Morongo was a big reason for my trip. But hey, I would make do, Leslie was having fun in the pool. I would make the best of it. 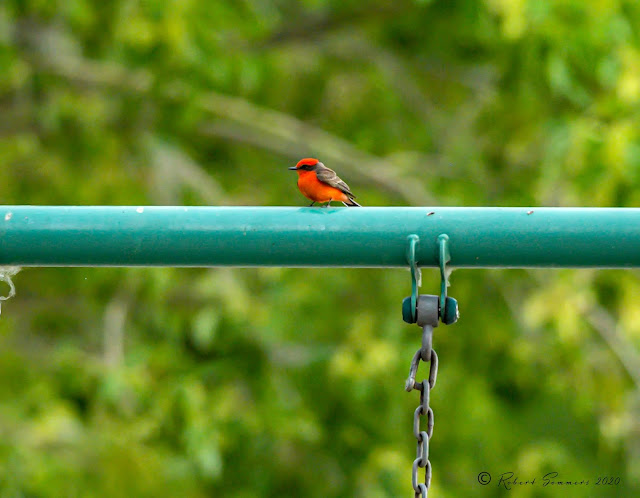 I birded the circumferance of Covington Park a few times, saw a bunch of vermilions.

But then I had a thought. People were getting into Morongo, I saw it on ebird. But how? I found a Mexican guy who was there with his girlfriend and worked for the county.

He showed me a gate I could use.

Hot damn. But honestly I was a little tired. Three solid days walking and my feet and legs frankly ached. So I did the shorter Marsh loop. It is a boardwalk. Fabulous. 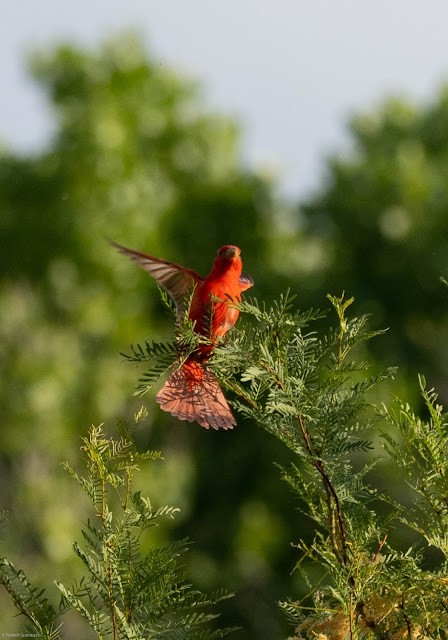 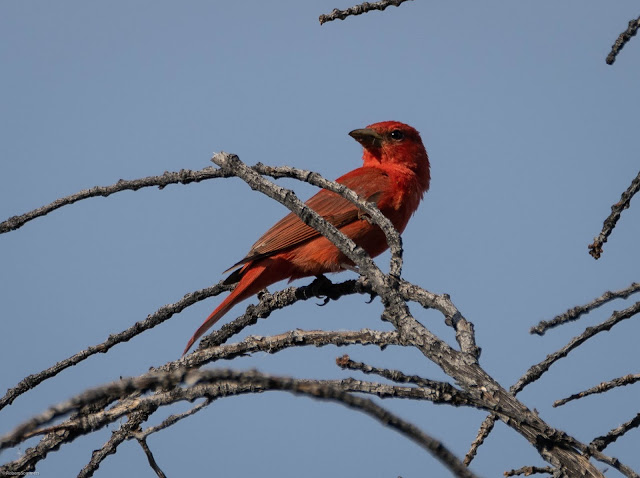 The summer tanagers take your breath away. Heard the early morning song of a yellow breasted chat. 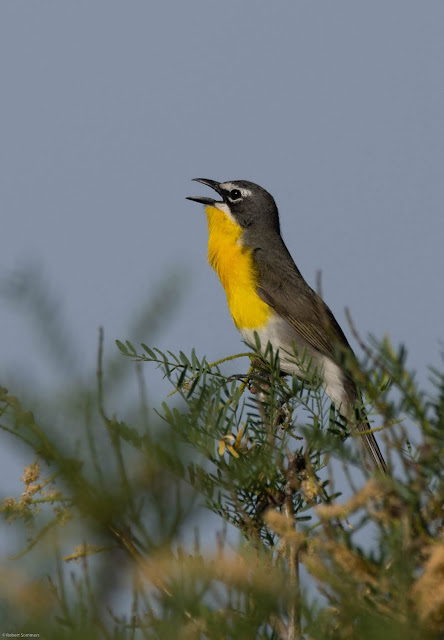 I ended up taking the desert willow trail and the mesquite trail as well and there was something wonderful at every turn, including a great horned owl.

I decided that I wanted to come back very soon when my feet were in better form and go after the canyon itself. It is so great!

But not yesterday. Better part of valor and all that.

I went back to the spa and had another dip.

Took pictures of some of the other guests. 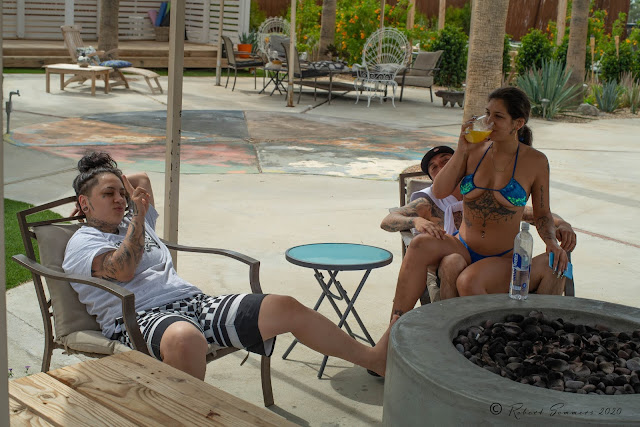 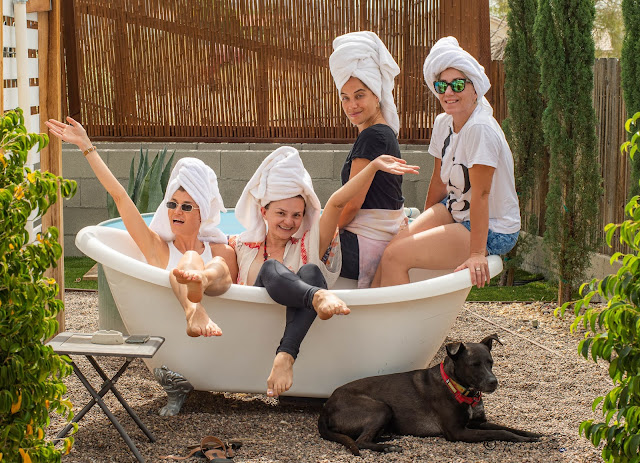 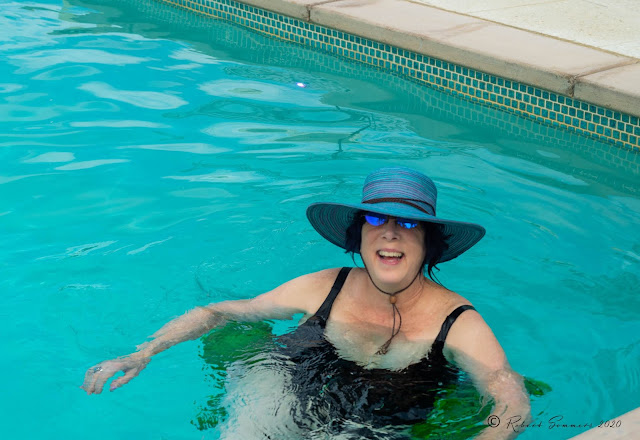 We checked out at eleven and drove out to our friend Vickie's in Joshua Tree. What a wonderful person and beautiful home. Victoria Roberts is a great assemblage artist and a longtime friend. So nice to see her.

Drove in to Palm Springs and saw Bob Kaplan after a quick lunch at Rick's. Amazing lunch. Cuban. I had a Cuban sandwich. He marinates his pork loin for twenty four hours and I am a nut for it. Great rice and beans too. Plantains. One more stop at Hadley's for a date banana shake and we were on the road again.

Be safe everybody. Protest if you feel the need, but do not hurt yourselves or anyone else.

Thankyou totally agree if you want to take ur aggressions out u have already lost the narrative. I like the birds!