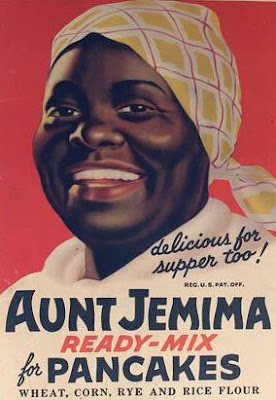 "First they came for the eskimo pies and nobody said anything..."

As much as I despise the current administration, and it is plenty, I am sure that if we get a new liberal administration I will loathe them as well, perhaps not as much, but I certainly will.

Both sides exhibit incredible hypocrisy. And more than a dollop of fascist thinking. Unfortunately, people in the middle of the road like me, tend to get run over. Okay, left middle.

Take the latest barrage from the woke generation. The perpetually aggrieved. We are going to now put both Aunt Jemima and the Eskimo Pie out of circulation. And forget about the fact that the relatives of the good aunt are firmly against it. And a good portion of the northern inhabitants have referred themselves to themselves as Eskimo for the last couple of hundred years.

Really, who cares what they think? What do they know?


"I understand the images that white America portrayed us years ago. They painted themselves Black and they portrayed that as us," Vera Harris, whose great aunt, Lillian Richard, traveled the country promoting the Quaker Oats brand and portraying the Aunt Jemima character for more than 20 years, told NBC News. "I understand what Quaker Oats is doing because I'm Black and I don't want a negative image promoted, however, I just don't want her legacy lost, because if her legacy is swept under the rug and washed away, it's as if she never was a person."
Harris added that Richard was recruited to work for Quaker Oats in the 1920s, during a time when there were "no jobs for Black people, especially Black women."
"She took the job to make an honest living to support herself, touring around at fairs, cooking demonstrations and events," Harris said. "When she came back home, they were proud of her and we're still proud of her."

Sorry Vera, these enlightened souls know better than you do about your family's legacy and will surely instruct you as to what proper thinking entails in the new millennium. You need to feel the shame. Ditto the Eskimo Pie. 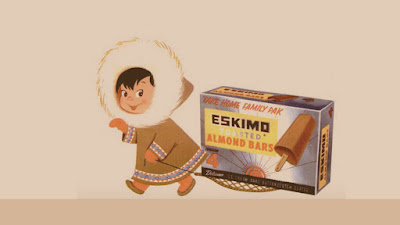 Somebody is truly pained by this? My, such sensitivity. So easily to be offended nowadays.

We will of course, also have to expunge the word Eskimo from the dictionaries too.

Won't work in our brave new world of political correctness.

But that unfortunately is what many of the natives still call themselves, poor fools. Forgive them lord, they know not what they do.


Many Native Alaskans still refer to themselves as Eskimos, in part because the word Inuit isn't part of the Yupik languages of Alaska and Siberia.

A mere technicality. Of course many Native Americans proudly call themselves Indians too but we can't stand for that much longer now either, can we? To the re-education camps! 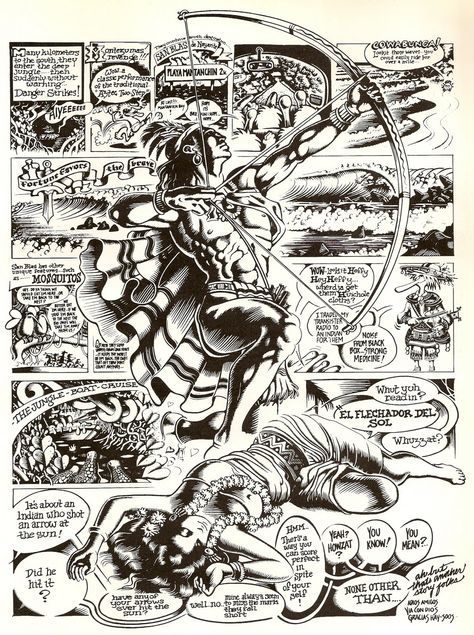 My god, if you could see what my artistic heroes Griffin and Crumb did with some of this imagery in the 1960's, you would plotz and have a coronary.

Guess we underground comic and psychedelic art aficionados were a bunch of louts.

Perhaps we had thicker skin back then? Not as many  people out for a pound of flesh.

These artists loved appropriating cultural imagery and myth, as did my favorite writer Zelazny.

And they usually did it pretty respectfully or in the case of Crumb, S. Clay or Robert Williams, with a sense of humor and intention definitely required. 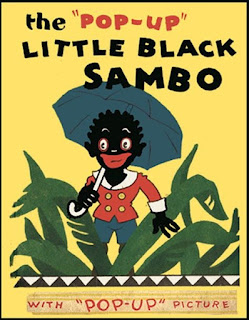 Honestly, I see no intention to insult or offend in any of these depictions. Little Black Sambos, that was different. I always found that imagery extremely offensive. The last restaurant is about to bite the dust or rebrand and it is about time. 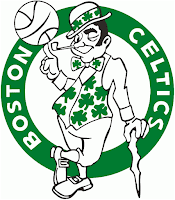 Why aren't the Irish and Greeks apoplectic over the Celtics and Trojan monikers? Aren't they equally pernicious? Leprechauns, tsk, tsk... 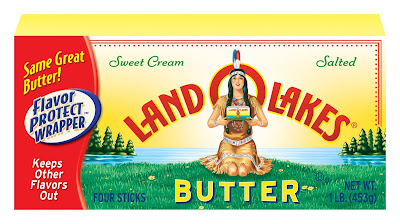 And the Land o Lakes butter depiction of the Indian girl, recently expunged in the inchoate cultural revolution?

Did you know that at least one long running incarnation of the logo was designed by a real life Chippewa Indian, a Red Lake Ojibwa named Patrick DesJarlait? 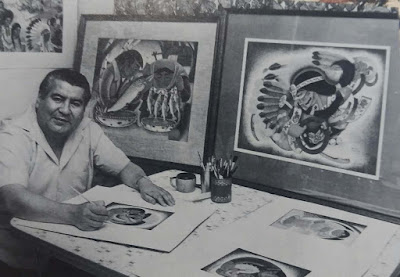 He passed away in 1972, I suppose that if he was still alive he would have to submit to a little cultural sensitivity training in a camp somewhere, North Vietnamese style.

You occidentals can't practice Yoga, it's cultural appropriation you know? White people wanting to openly protest the treatment of minorities must also know that they can not lead the charge or they will risk pissing somebody off.

Better to lay back and consider your enormous collective guilt for a while, honkies. There is a new tertiary order for this sort of thing. You must have proper cred and have your contrition level suitably vetted.

Honestly you can't do or say anything these days without running into some oversensitive aggrieved party.

Who obviously know better than the people who legitimately could have a grievance but don't. Because as you know, the newly enlightened know better. Because they are truly superior.
Posted by Blue Heron at 3:29 PM

I'm glad somebody agrees with me. I don't think the depictions of Uncle Ben, Aunt Jemima etc are demeaning or ugly in any way, ditto the Land o lakes lady. But, sine I'm white, it's not up to me. I let the ethnic minority involved take care of it. I saw on my Facebook timeline they were taking down a status of Teddy Roosevelt, which I thought excessive (yes, he hunted a lot of animals but he also was a prime conservationist and invented the national park system) and said so, but it seems he is seen on a horse leading a Native American and a black person, so there he goes. I don't think he would have liked to be depicted that way in any case, (Ive read a lot about and by him) and he was pretty much for human equality while being very upper class. I mean Jacob Riis was his friend...

I agree with you. I feel sorry for that woman’s family. It was her legacy and they loved it. Bunch of destructive morons.
If I can’t buy Eskimo Pies anymore because they don’t say “Eskimo”, I can’t be sure it’s the real deal. Dumb.
That leaves me with Dove bars only. Are Doves offensive?

The Land O Lakes image was crafted properly and it is sad that such an image has acquired negative connotations. Welcome to politics. I guess I got used to it working in mental health. There were lots of progressive ideas circulating around and sometimes it would get on the nerves. Still, I lived through it and developed a more sanguine attitude due to that. Symbols come and go and I don't think we will have the life wrung out of us by living through it. It is par for the course, if the political pendulum swings leftward we will get a lot of stuff that seems unfair to us old white dudes. Is that not how we figure out we are alive? Liking some things and being pissed by others. Besides I think Alfred E. Neuman pancakes sound OK, eh?

No one is left with clean hands and that's the wooden leg of the woke crowd.

Thirty one states have confederate memorials, roughly 750 of them. Arkansas alone has memorials in 57 public spaces.

how on earth did we get all so sensitive , we are all mixed who cares spend time in Africa ,Cuba or some place where food, survival is way more important than if you are political correct for the latest nanosecond cause that will change and your old words will get you into trouble. removing history is not good either, to erase it only means we can forget and repeat it again not good.