Leslie and I went whale watching with friends yesterday on the afternoon boat at Oceanside Adventures. 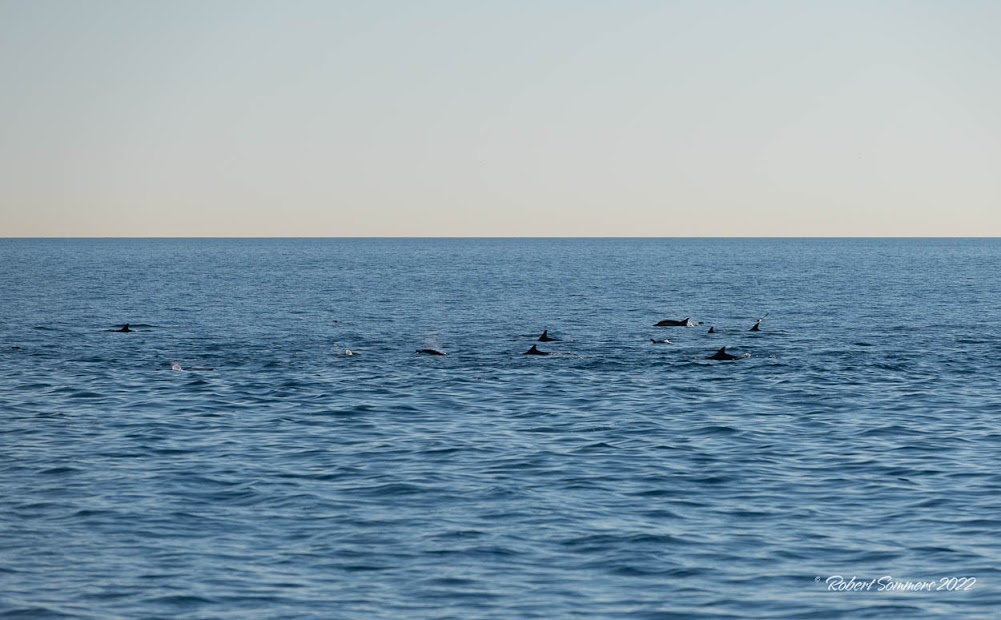 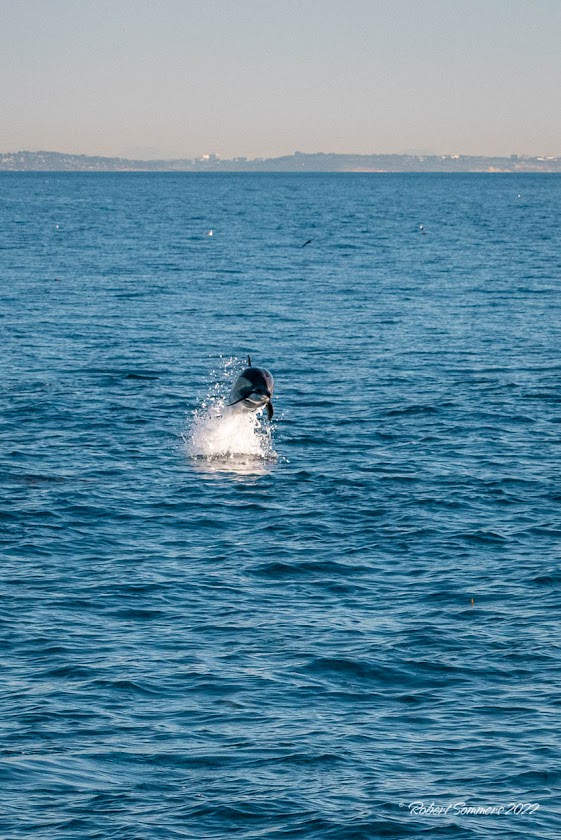 It didn't take long to run into a relatively small common dolphin pod, about four hundred animals.
We have been spoiled in the past by megapods of over 2000 individuals cavorting all around the boat.
They have been sighting a large number of Pacific white sided dolphins but none were to be seen yesterday. 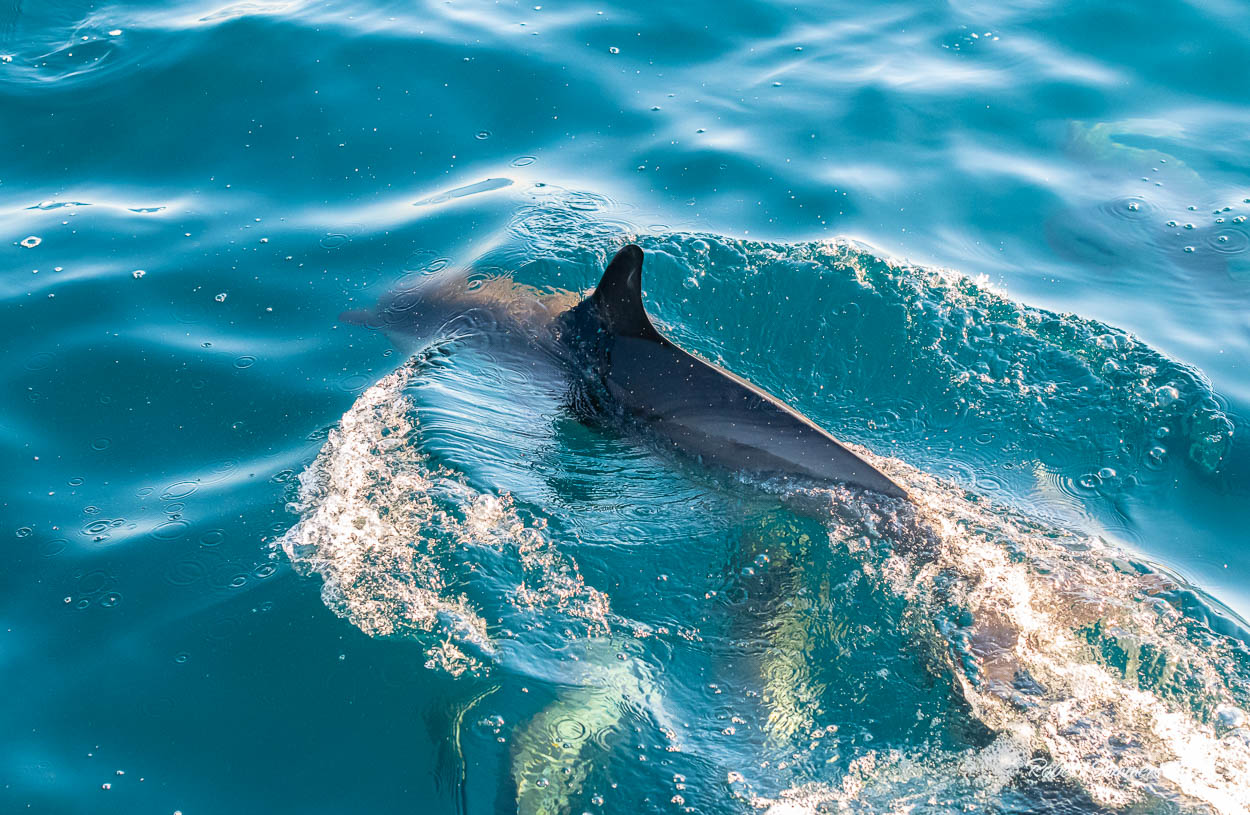 The captain explained to us that due to our large local anchovy population there are more common dolphins in Southern California than any other place on earth, in fact more than all the other locations in the world combined. Which is great because they are amazing creatures! 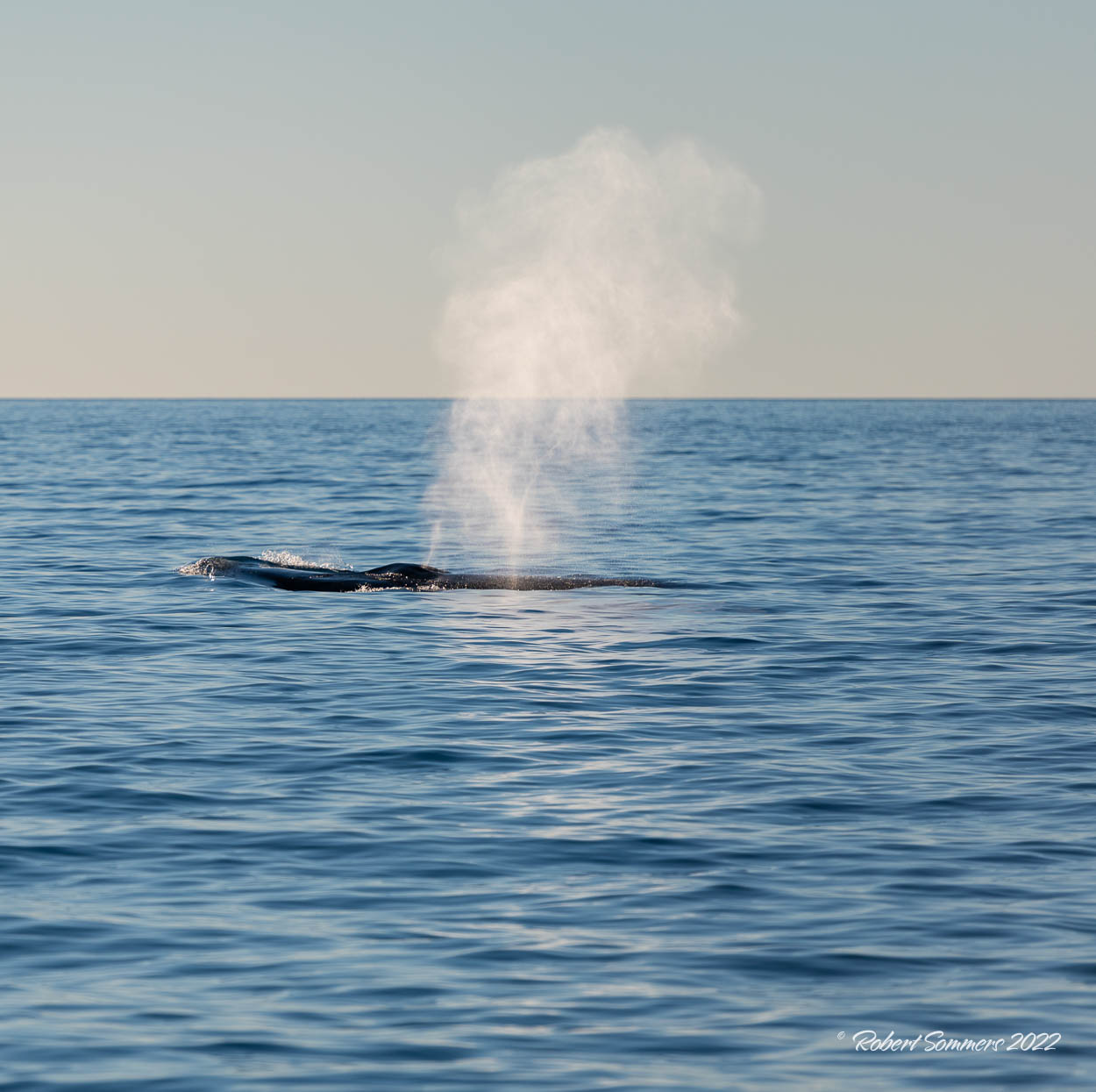 Very soon after we found two fin whales surfacing. Fin whales are the second largest whale in the world, right after the blue whale. 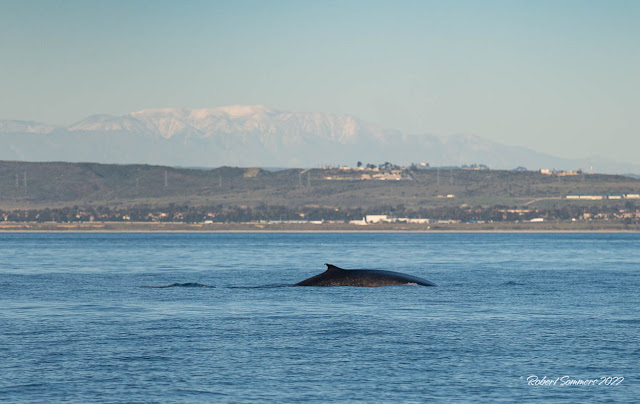 These whales are about eighty feet long.

They are the fastest whale species in the world. 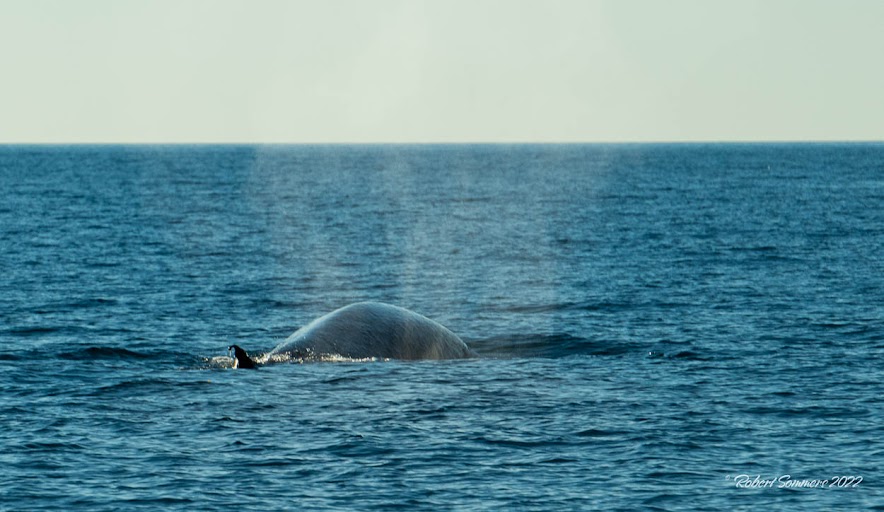 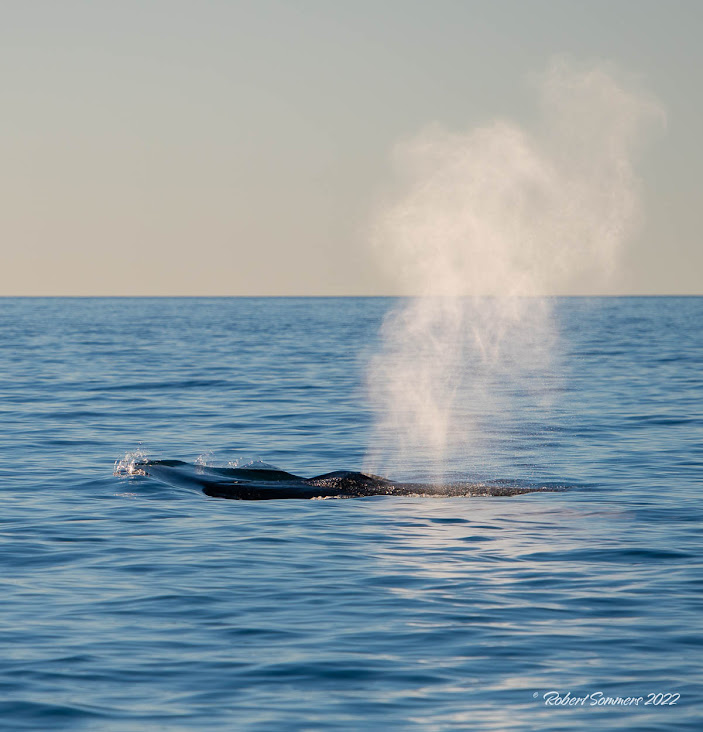 They take very deep dives so we saw them on ten minute intervals.
These are not syncopated so they probably don't hang out a lot together underwater, more like trains passing in the deep.
We hung around checking them out for a very long time. 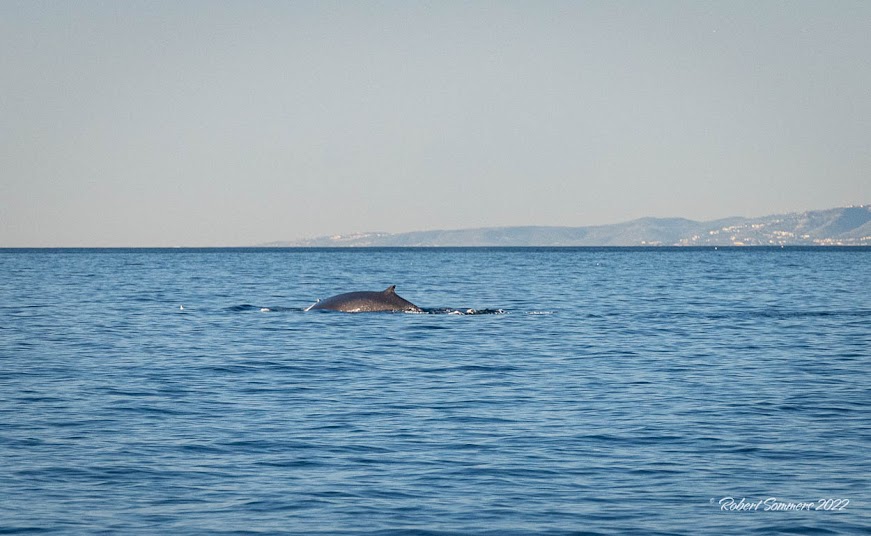 They are fun to see but they don't exhibit the animated breeching that you see with the gray or humpbacks.

You don't see a lot of tail or airborne displays with these creatures although we did see a fin whale out of the water on the last trip out, a rarity.
And one that I was not lucky enough to capture with my camera.

The ocean was beautiful and calm, the air was warm. It was a great day to be out on the water. Never get tired of being out. Great crew, as always. We are still good luck charms on the boat, have only been skunked once in a couple dozen tries. Grays are moving, we will be back. 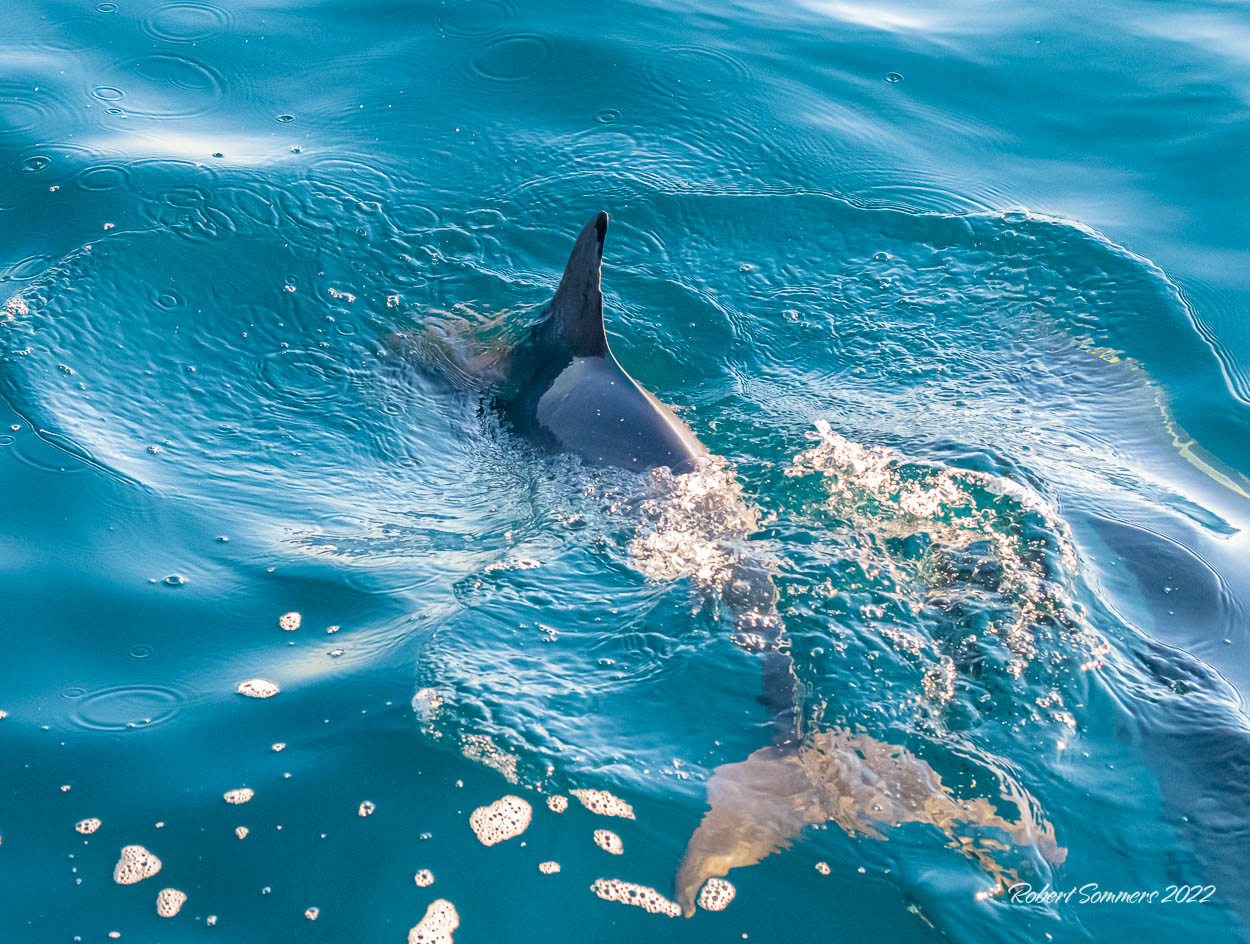