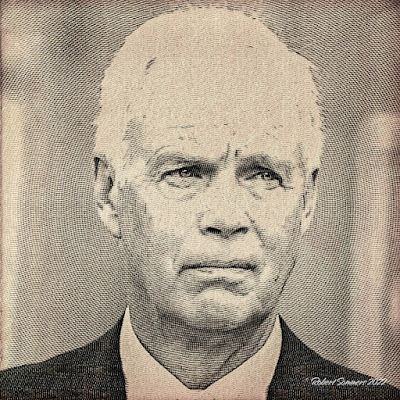 I was sort of startled to read this quote from Wisconsin Senator Ron Johnson the other day:

"Why have we assumed that the body's natural immune system isn't the marvel that it actually is.... Why do we think that we can create something better than God in terms of combating disease? There are certain things we have to do, but we have just made so many assumptions, and it's all pointed toward everybody getting a vaccine."

If we would have had troglodytes like this running the show a hundred years ago there is no way we would have stopped tuberculosis, smallpox or polio.

Of course this is the same guy who suggested recently that covid could be stopped by gargling mouthwash so one must consider the source.

With this kind of attitude we would have no medicine whatsoever, we would still be sending people to barbers to get bled and reciting mystic incantations. Our tetanus ridden jaws would be permanently clenched with lockjaw.

The idiocy of both our elected officials and a major swath of the electorate makes me shudder. The first rule of the colony is we protect the hive. Vaccines keep us from dying. It is very simple. You may get infected but the probability is that you won't die. God wants you to take the shot.

Politics Trumps common sense these days. Not that Ron is a genius or anything, he may actually believe what he said.

There is some good news today, the three good ol' boy idiots who murdered Ahmed Arbery were sentenced today to life in prison without parole.

Roddie, the idiot with the cool Southern little boy bowl-cut, got off with life in prison with the possibility of parole. Lucky.

Have fun in prison boys, watch out for the darkies.

so I can hardly wait till i get booster 4,5,6,7 cause its working so well,

Voters in Wisconsin will soon get another chance to vote for Sen. Ron…. Or…maybe they will kick him to the curb…. One can only hope?