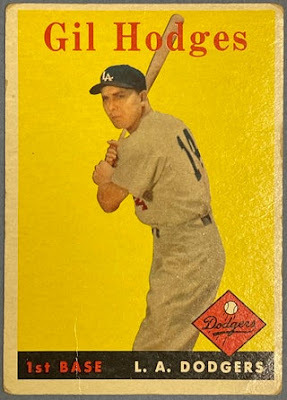 As a kid who lived and died with every game during the Magical Mets dream season of 1969, I am so happy to see that the late Mets manager Gil Hodges is finally in the Baseball Hall of Fame.

The honor is long overdue. The Met skipper and longtime Dodger and Met player had a sterling career, one that was interrupted by military service in World War II.

He had MVP consideration for nine of his eventual eighteen seasons and that ain't shabby. The somewhat rare right handed first baseman was also a great fielder.

He had outstanding numbers and was simply a great first baseman. From Wiki:

Hodges was widely regarded as the major leagues' outstanding first baseman in the 1950s, with teammate Duke Snider being the only player to have more home runs or runs batted in during the decade. He held the National League (NL) record for career home runs by a right-handed hitter from 1960 to 1963, with his final total of 370 briefly ranking tenth in major league history; he held the NL record for career grand slams from 1957 to 1974. An eight-time All-Star, he anchored the infield on six pennant winners, and remains one of the most beloved and admired players in team history. A sterling defensive player, he won the first three Gold Glove Awards and led the NL in double plays four times and in putouts, assists and fielding percentage three times each. He ranked second in NL history with 1,281 assists and 1,614 double plays when his career ended, and was among the league's career leaders in games (6th, 1,908) and total chances (10th, 16,751) at first base. He managed the New York Mets to the 1969 World Series title, one of the greatest upsets in sports history before his death from a sudden heart attack at age 47. He was inducted into the New York Mets Hall of Fame in 1982, and was elected to the Baseball Hall of Fame in December 2021 for induction in 2022. 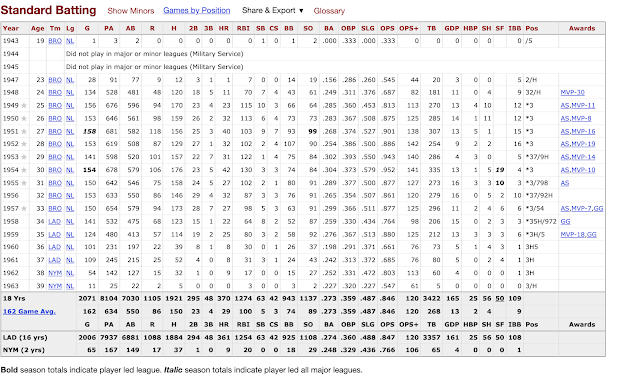 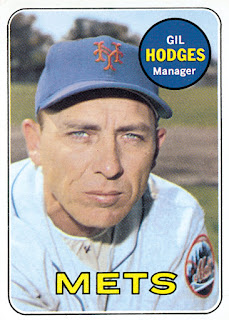 I  will confess that I grew up hating the Dodgers, and still do to this day, chronologically preferring for some strange reason the White Sox, Mets, Reds and Padres. And I mostly remember Gil Hodges for the steady and quiet hand with which he guided my Mets in their miraculous dream season of 1969.
The year in which I and I suppose every other junior high school kid on Long Island, had a transistor radio on in class and listened to every at bat and every inning of the Mets - Cubs and Mets - Orioles games with fear, apprehension and finally, ecstatic happiness.
He was hired the year before, after seven years of anguish and futility and quickly brought the team back, first to respectability and finally to the pinnacle of success.

If I may be so bold, for Kranepool and Shamsky, Weiss and Clendenon, Gentry and Seaver, Jones and Agee, Koosman and Grote, Boswell and Charles, Swoboda and Ryan and all the other members of the Amazin' Mets of 69, I salute you Gil and am so glad that you finally made it to Cooperstown. 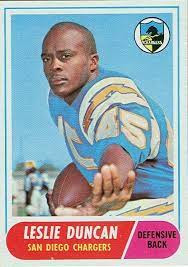 We had season tickets when I was a kid and I was privileged to be there with my father and brother the day Duncan had a 100 yard interception return in 1967. Can't get much better than that.

Speedy was the best Charger defender they had when I was a kid.

Duncan leading the league in punt return average three times is tied for an NFL record. He has the most punt returns in AFL history and is the one of three players to lead the league twice in returns.

His 25.9 yards on 115 kickoff returns as a Charger is the second best in AFL history for a career. His 248 combined returns is the most ever by an AFL player, and his 4,617 total combined is the second most.

He also ranks fourth in kickoff returns and yards and his 25.3 return average is the best in Chargers history by anyone with more than 50 returns.

Besides being probably the best return specialist in Chargers history, he was a great cornerback. His 21 interceptions with San Diego still ranks seventh best in team history. His two touchdowns off interceptions is tied with 11 others as the fifth most. 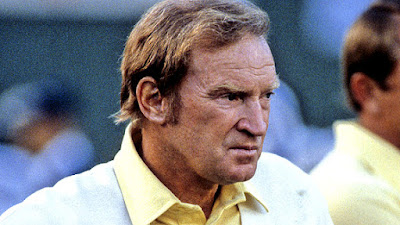 I am happy for Hodges to finally earn HOF honors. Isn't it time to do the same thing for the incredible Don Coryell? How is he not in the Hall of Fame?

An offensive innovator with his multiple threat Air Coryell passing attack, he was the first coach to win 100 games as both a college and pro coach.

If he had been coaching in Los Angeles or New York they would have handed him hall membership immediately. Hope he makes it one day.