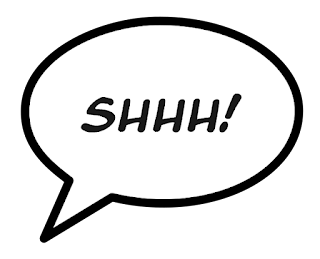 I don't live in Florida and so it is not really my problem. Still recent news there is very troubling from a civil liberties standpoint. A new Florida bill that has been termed the Don't say gay bill is now hurtling through the House and Senate.

A Florida bill that would limit classroom discussions on sexual orientation and gender identity and encourage parents to sue schools or teachers that engage in these topics is speeding through the state House and Senate.

It's being called a "Don't Say Gay" bill by LGBTQ advocates, who fear that if this bill is signed into law, it could act as a complete ban on the lessons on LGBTQ oppression, history and discussions about LGBTQ identities.

So the freedom loving snowflakes on the right won't even let students talk about sexual orientation now?

This comes on the heels of another ridiculous attempt at intellectual suppression and groupthink. A bill backed by Florida Governor Ron DeSantis is making its way through the state’s legislature and on its way to becoming law.

And yes, you read that right. It also affects private speech at private businesses. You can't talk about racial history without the threat of a lawsuit or jail time, even at your own workplace.

The measure would bar teaching in grades K-12 that could make individuals feel responsible for historic wrongs because of their race, color, sex or national origin. At work, employment practices or training programs that make an individual feel guilty on similar grounds could be considered an unlawful employment practice – and subject a company to a lawsuit.

My those Floridians are sensitive. And how exactly do you assess if people are being made to feel guilty? What is the standard, the metrics and observational tool used to determine culpability?

Sen. Tina Polsky, D-Boca Raton, said that Diaz’s proposal poses a threat to Florida businesses. She said the legislation potentially opens the door to lawsuits against employers, a stand the governor has sought in his “WOKE” proposal to deter companies from policies that may cross the line he’s drawing on race.

Polsky cited an example of a male employee dismissed from a company or passed over for a promotion who could make the claim that employment diversity efforts worked against him.

“How is a judge supposed to determine if a person is made to feel guilty by proper diversity training, sexual harassment training or any kind of policy that a company has in place to prevent discrimination?” Polsky said.

Art Spiegelman once wrote an excellent graphic novel called Maus that depicts the Holocaust from the point of view of jews on their way to extermination.
They are depicted in the story as rodents.

I read it when it was written, it won a Pulitzer prize in 1992. Very wonderful, touching story. Highly recommended, have to find my copy.

And it is being banned by a school board in Tennessee. They are worried that impressionable young minds might be triggered by the sight of nude cartoon mice.

A Tennessee school board has voted to remove the Pulitzer Prize-winning graphic novel “Maus” from an eighth grade language arts curriculum due to concerns about profanity and an image of female nudity in its depiction of Polish Jews who survived the Holocaust.

The Jan. 10 vote by the McMinn County School Board, which only began attracting attention Wednesday, comes amid a number of battles in school systems around the country as conservatives target curriculums over teachings about the history of slavery and racism in America.

“I’m kind of baffled by this,” Art Spiegelman, the author of “Maus,” told CNBC in an interview about the unanimous vote by the McMinn board to bar the book, which is about his parents, from continuing to be used in the curriculum.

“It’s leaving me with my jaw open, like, ‘What?’” said Spiegelman, 73, who only learned of the ban after it was the subject of a tweet Wednesday – a day before International Holocaust Remembrance Day.

He called the school board “Orwellian” for its action.

Spiegelman also said he suspected that its members were motivated less about some mild curse words and more by the subject of the book, which tells the story of his Jewish parents’ time in Nazi concentration camps, the mass murder of other Jews by Nazis, his mother’s suicide when he was just 20 and his relationship with his father.

Of course, it is not just Florida, Texas and Tennessee, the drive to ban books is now nationwide. See The right's book-banning campaign reaches a new level.

It was last fall when local Republicans' efforts to ban books started to look like a national trend. A county in Virginia removed LGBTQIA fiction from school libraries. Around the same time, a Kansas school district started pulling several well-known novels from school libraries, including "The Handmaid's Tale" by Margaret Atwood and a Pulitzer Prize winning play from August Wilson.

It was against this backdrop that a Republican state legislator in Texas put together a list of 850 books he believed might make students feel uncomfortable — and then asked schools which of the titles are available to students.

The same language curiously runs through all these threads, we can not make people "uncomfortable" about our history under any circumstance. Because all the isms of the past, sexism, racism, anti-semitism, anti nativism, misogynism, gay bashing, etc. they were all vanquished long ago. Nothing but clean hands in America, don't you know? Mustn't upset anyone by having an honest conversation about race or sexuality. Talk about snowflakes...

It would be just fine with me if TX and FL seceded from the Union and formed their own conservative paradise nation. We just don't need the crazy.

I thought that "Conservatives", "Libertarians", and "Republicans" believed that government should be discreet and not involved in the sorts of things? Am I wrong???

...and they consider themselves the only true patriots. Maximum insanity has been reached.