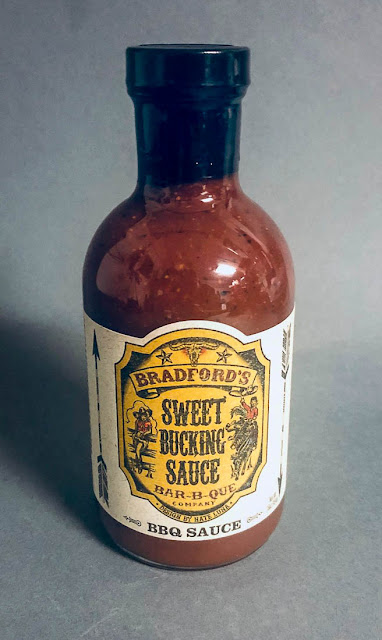 I have been bragging for years that my friend Mike Bradford is the best barbecue artist in the land, or neck and neck with a few fellows in Luling, Texas anyway.

It took them a while to get out of the chute because Mike wants to make everything exactly perfect but they are now operating to rave reviews.

They are turning into a special Oklahoma destination, with people driving in from far distances to sample their scrumptious fare. 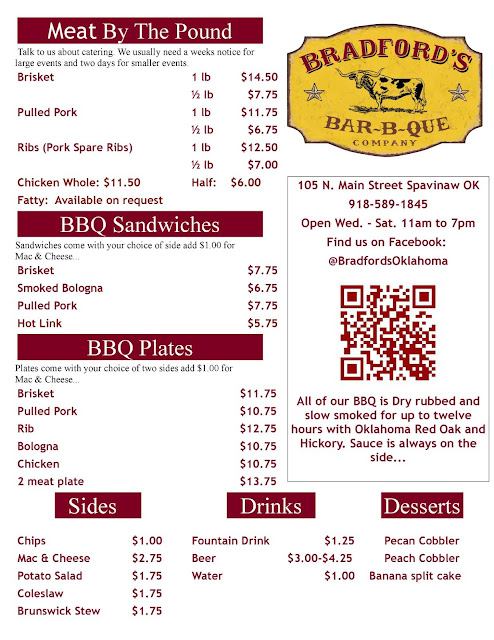 Check out their Facebook feed, people say they make the best ribs and brisket they ever ate.

I know, Mike has been cooking for the troops at the Western and Indian shows in Santa Fe for many years.

But if you have no immediate plans to go to Spavinaw, which happens to be the birthplace of Mickey Mantle, now there is the next best thing!

You can now buy a bottle of Mike's own Sweet Bucking Sauce for only $6.75, plus shipping and handling.

I agree! I have never had BBQ better than that cooked by Mike. Sorry he did not stay here in Santa Fe where he hosted legendary July 4th BBQs. Can't wait 'til social isolation is over and I can do a cross-country and stop at his new place.

Mike and Buck are masters of the BBQ! I highly recommend this sauce to everyone who eats meat!!